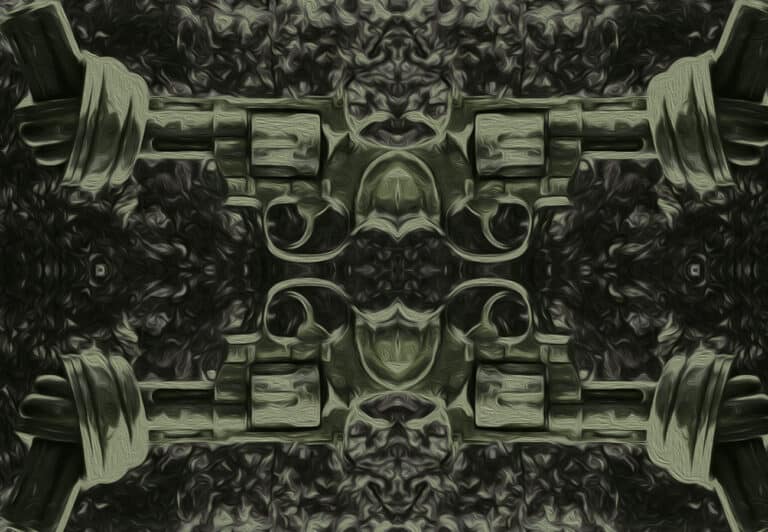 In the Supreme Court ruling on June 24, 2022 that overturned the once long-standing precedent of the Roe v Wade ruling, Justice Thomas expressed desire and intent for the Court to revisit and overturn the Lawrence decision, as well as the Obergefell and Griswold rulings.

Lawrence is popularly known as the ruling that legalized gay intimacy in the United State. However, Lawrence affects far more than the legal ability for privacy in the bedroom. It also nullified any sort of sodomy law. Without Lawrence, state legislators would have an unrestricted pathway to create or restore legislation illegalizing intimacy. Without Obergefell, same-sex marriage could be criminalized again. And, without Griswold, contraceptives could be legally restricted and the people who use them criminalized.

To understand how far this could (and likely will) go, we must look at the policy actions and positions of the current leaders of the prevailing Christo-fascist movement within the United States. The “National Right to Life Committee”, a right-wing, grassroots, and reactionary organization, published on June 15, 2022, model legislation with the purpose of, in their words:

“With this model law, we are laying out a roadmap for the right-to-life movement so that, in a post-Roe society, we can protect many mothers and their children from the tragedy of abortion.” Carol Tobias, President of NRLC.

This model legislation and its included introduction text provide a blueprint for the worst of Christian fascism to meld with the worst of the modern surveillance state.

These reactionaries describe that there are “two major parts to legislation to unborn life”. Their stated goals go beyond legally restricting abortion. In their own words:

“There are two major parts to legislation to protect unborn life. First is the substantive part: which abortions will be prohibited by the law and which abortions will be allowed and under what conditions. We recommend prohibiting abortion except to prevent the death of the pregnant woman, which has been the accepted policy choice by the pro-life movement since 1973 and for many years before. The second part is an effective enforcement regime. Traditionally, abortion laws relied on criminal enforcement to make pro-life laws effective in protecting unborn life. However, current realities require a much more robust enforcement regime than just reliance on criminal penalties.”

The proposed legislative model goes on to discuss how “Democrats”, “Antifa” and “BLM”, as referenced by the NRLC, would prevent traditional criminal enforcement, so a RICO-like prosecution structure would be necessary to enforce newly legally valid restrictions on bodily autonomy and the right to choose.

This model is extensive and thorough. It would ban abortifacients and any sales, production, or distribution of them. There are medicines that are abortifacients. Many, or potentially all of them are also used for other treatments. There are chemicals and herbs that if used in certain ways, with or without intention, can act as an abortifacient. It would involve felony charges for anyone involved in the decision to abort, from medical provider to internet poster, to family member or friend, literally anyone they can say helped cause the abortion would be charged with a felony offense and subject to civil penalties.

Essentially, this model outlaws standard medical care for women and people at the time conception is physically possible. It also makes it clear that aiding and abetting an abortion would include things like hosting web content that helped someone figure out how to get an abortion, or posting something affirming the right to choose (aka “influencing”).

Think about this for a second. How would they know who posted and what was posted? How would authorities know who provided what medication or information or procedure or other durable assistance? This model, the model of the prevailing homegrown forced-birth movement in the United States, relies heavily on a non-existent right to privacy and the already-built infrastructure for total and unwavering digital surveillance. By proudly and directly announcing the desire to create such a robustly restrictive definition of reproductive rights, as well as the enforcement and regulatory infrastructure to guarantee this definition is followed, they are also announcing an indirectly spoken desire to criminalize all sex and intimacy, as well as marriage and relationships that do not facilitate this incredibly regressive and narrow definition of reproductive rights and purpose.

As for the threat of overturning Lawrence and Obergefell, if and/or when those two rulings are overturned by the Court, it’s not just “gay marriage” that is nullified. Any form of sex or intimacy that is not between a legally married fertile perisex cisgender heterosexual man and fertile perisex cisgender heterosexual woman, with the express purpose and intent of reproduction, and with a form other than PiV sex could and likely will become criminal. (PiV is a term for sexual intercourse involving penetrative sex using a penis and vagina). The legal mechanism by which this would be done, and has been done in the past, pre-Lawrence, is so-called “anti-sodomy” legislation.

Overturning Roe v. Wade is a pretext for instituting harsher conditions. It is also a direct act of femicide. 2% of all pregnancies are ectopic. This means without the right to choose, the right to abortion, and comprehensive access to safe and reliable healthcare, 1 in 50 people who get pregnant will die before the pregnancy comes to term, and so will the fetuses.

It is important to weigh any popular sentiment against facts and evidence. In this case, these are several relevant facts disproving the popular sentiment that “Democrats would protect the rights to privacy and abortion if they could.”

The Democrats have complete partisan control of the legislative and executive branches of government at the federal level.

There have been several historical points since the 1973 Roe v. Wade decision when Democrats held enough votes to codify its protections into federal law.

In 1863, Abraham Lincoln and Congress wholly ignored the Supreme Court’s ruling in Dred Scott v. Sanford. By acting legislatively and executively to ignore the Court’s ruling that black people were not and could not be considered humans or citizens within the United States – and therefore had and could have no rights – they effectively created the institutional pathways for the emancipation of slaves and the 13th amendment.

The Democrats currently hold enough votes, with VP Kamala Harris as tiebreaker in the Senate, to end the filibuster and pass any agenda that the party decides to agree on.

With two months of warning, the Democrats only major political action was to put the weight of their establishment behind anti-choice Democrat Henry Cuellar in a primary. He later won against the pro-choice candidate by 289 votes. (Remember, the draft decision to overturn Roe v. Wade was leaked.)

Biden has vast executive powers, the ear of all mainstream media, the direct support and endorsement of liberal media, and the most powerful bully pulpit in the world. He could easily whip the party and its “rogue members”, also known as rotating villains, towards a shared agenda.

President Obama promised to sign the Freedom of Choice Act, legislation that would have federally codified the protections of Roe V. Wade as law rather than judicial precedent as “the first thing I’d do as president” but chose not to once actually elected.

Let us remember that Biden was chiefly responsible for the confirmation of Clarence Thomas to the court in the first place. Then-Senator Biden led the committee responsible for Thomas’ confirmation hearings, and Biden speared any chance of Thomas not being confirmed by railroading and ostracizing Anita Hill.

It is categorically false to define or state that these moves by the Supreme Court are about “religious freedom”. In fact, they are about religious oppression and domination. Not every sect of Christianity is against abortion. For example, members of The Church of Jesus Christ of Latter-Day Saints, commonly referred to as Mormons, follow a church doctrine that expressly states abortion is the mother’s choice. While The Church advises that abortion be a last resort, it does not take any formal stance on limiting the right to choose. This means that the religious freedom of the Mormons requires Roe V Wade or another legal and institutional framework guaranteeing the right to choose, the right to abortion, and the right to access comprehensive and safe medical care.

“The Church teaches its members that even these rare exceptions do not justify abortion automatically. Abortion is a most serious matter and should be considered only after the people involved have consulted with their local church leaders and feel through personal prayer that their decision is correct.

The Church has not favored or opposed legislative proposals or public demonstrations concerning abortion.” – The Church of Jesus Christ of Latter-Day Saints, “Abortion” public policy page.

In the wake of the death of Roe, The Church updated its public policy page to include this sentence towards the end: “The Church’s position on this matter remains unchanged.”

Beyond Christianity, however, religious beliefs range from allowing abortion to expressly expecting it in certain circumstances. For Jews who can get pregnant, there is a religious and cultural right to have an abortion. Legally restricting the ability, the right to choose is legally oppressive against the rights of Jews to religious expression. As for Muslims, leading practitioners of Islam, the “faith leaders” as we’d call them in Americanized Christian terms, respect women too much to issue a formal stance or doctrine for or against abortion and leave it up to the individual woman or person who is pregnant. For believers of Hinduism, abortion is not wrong. All three of these major faiths, and many others, are now subject to religious discrimination and oppression in the United States.

Roe V. Wade wasn’t the end-goal. It was the first step in accelerating a decades-long political project to reclaim, entrench, and enshrine the goals of the mainstream Christian right. Legal recognition of the right to privacy (Roe V Wade), the right to contraception and medical choice (Griswold), the right to same-sex intimacy (Lawrence), and right to same-sex marriage (Obergefell) stand in the way of those goals. Those goals include making women fully subservient to men, exterminating all forms of queerness, and restoring segregation and, ultimately, slavery. Each step along this path will require capacity for enforcement. In order to effectively enforce the fascist horrors, the ruling class must also effectively utilize a lack of privacy and ever-deepening surveillance to know who is breaking the law.

By eliminating the right to privacy, the Court has paved the way for a complete and total surveillance state. The ruling class will use that surveillance state to further their interests, as will every level of the Christian right, from grassroots to billionaire. The judiciary isn’t the only legal structure under the current system that could be used to guarantee rights. The legislative branch can do so, and to a greater degree. However, capitalism and mainstream Christianity both prevent the judicial and legislative solutions to these assaults. Solutions abound, but they won’t be found in adhering to the doctrines of Democrats, or the sanitized history of mass movements.