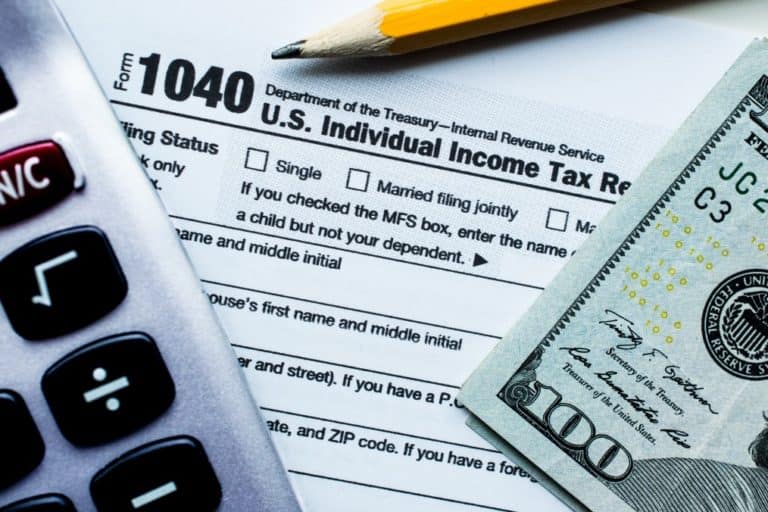 For most, this tax season is over. You may even have already received your refund or paid the taxes due. Some may be considering going on a diet to save up enough money to pay that tax bill. Most of us are past the chore or the expense of getting taxes done. Now may be a suitable time to consider exactly why you pay taxes. So, before tax season totally disappears from your rearview mirror, and while there is a lot of discussion in all corners of the media, let us see what good your tax dollars accomplish.

First, I want to cover federal taxes. Your state and local taxes work very differently with some crossover with how federal taxes work. For most, if you ask them why they pay federal taxes, they will tell you it is to pay for anything the federal government does. Since everyone “knows that” let us look at what most folks do not know.

The single most powerful reason for the US government or any other national government to levy taxes is to make sure people use the government’s currency. To illustrate, let us say Walmart decides to create its own “currency” called WallieBills.  Workers are paid in WalllieBills so they and customers can use WallieBills to buy stuff at Walmart. When you use WallieBills everything is cheaper. Quite the incentive. For customers that may work fine since WallieBills will function just like a store coupon. But for the workers, there is a real problem. They will not be able to pay their taxes with WallieBills. Federal taxes in the US can only be paid in US Dollars. Sure, you can go to a bank that will accept your WallieBills and give you the going rate of exchange for US Dollars. Hopefully, you made enough WallieBills to pay your taxes. This would certainly become problematic as we get toward tax season, as more people look to trade in WallieBills, and less want to give up their US Dollars for WallieBills. Eventually people will demand their pay in US Dollars. Eventually Walmart vendors will demand their payments in US Dollars as they run into tax payment shortages. Taxes enforce the government’s currency as the default method of payment as this example illustrates.

Taxes do not just assure the US Government that the US Dollar is accepted across the nation, they also perform an important function in guiding social standards. Taxes are imposed on activities considered a bad choice or have a negative impact on society. In common parlance these taxes are called “sin” taxes. This purpose of taxation is to place an added cost burden upon individuals who take part in socially unacceptable activities. So, we often see these taxes applied to items like alcohol, cigarettes, and marijuana. Of course, as societal values change, these taxes may be eliminated. The purpose of these taxes is to serve as a deterrent. ‘Pigouvian taxes’ exist only to increase the cost of a product or activity.  Two examples would be the cigarette tax and the tax on Wall Street trades proposed by Bernie Sanders.  Everyone would agree these are socially beneficial.

Another major purpose of federal taxes is to regulate the risk of inflation. This is an immensely powerful tool. Government must manage inflation risks, and like any other powerful tool it needs to be wielded with discretion. Should we enter an era of high inflation over some arbitrary length of time, an increase in all tax rates could bring that inflation to a screeching halt. Just as slamming on the brakes when entering a sharp road curve may cause you to lose control of your car (or worse, a truck) and create an even more dangerous situation; a blanket tax increase could create uncontrollable economic chaos. The lag time before the sudden decrease in spending money and when costs stabilize will toss many out of work resulting in unpaid bills and further layoffs – in other words, a  recession. Obviously, a blanket tax increase is not the most efficacious solution. The use of tax policy to manage inflationary conditions should be approached with a cautious pumping of the brakes (tax increases) and a focus on continuing to have the economy respond accordingly.

In the long term, the driving analogy is apt since once the economy is running at high efficiency with full employment and total resource utilization, then a well-designed tax policy works wonderfully to keep the economy in its lane and traveling at the speed limit. One last observation about taxation for controlling the economy; when inflation first strikes, it is critical that the concepts of progressive taxation be adhered to since higher income individuals will personally sacrifice much less than the working class. The purpose is to reduce demand so supply can catch up. Totally eliminating demand by across the income spectrum creates a situation where there will be near zero demand for some goods and services. That will create layoffs and missed payments. A progressive tax increase based on higher incomes protects the working-class ability to pay and keep demand. It only decreases the smaller market demand for more expensive items. The macroeconomic impact is therefore much smaller.

States and local governments also impose taxes. Of course, since inflation is a nationwide macro-economic event, states do not tax to manage inflation. They do, however, collect Pigouvian taxes to manage negative activities, but there is a fundamental difference between states and the Federal government. The Constitution prohibits states from creating their own currency, but it does allow Congress to create money. By banning the only other sovereign entity (the states) from creating money, it has given Congress a monopoly power to issue money. It also gives Congress the sole authority to regulate interstate commerce. The Constitution reserves the two most important tools to manage the economy to the Federal government. Because of this, states, all individuals, and businesses are currency users, and only the US Government is a currency issuer.

The federal government, on the other hand can and does issue new US dollars every time it spends.  It has no need to obtain something it has in limitless supply. Tax collections do affect how well the national economy runs since taxes serve as a “drain” for excess currency. The drainage helps manage inflation and it also works to prevent excess wealth to pool in the hands of a few. This is the driving force behind a progressive tax rate, where higher incomes pay a larger marginal rate as their income rises. Money tends to pool in the vaults of the ownership class, as has been seen throughout history. To drain these pools of money, higher marginal tax rates are implemented to offset the loss of money that is no longer circulating in the economy. Naturally, the very wealthy will put tremendous political and financial pressure to resist funding public purpose programs. A common pushback technique is to blame the victim and that is exactly what they do. They argue taxes fund federal spending, and it is YOUR tax dollars paying for highways you will not drive on, medical care for people that cannot even pay for insurance and on and on.

Your tax dollars to your state pays for everything the state does. Your tax dollars to the federal government manages the national economy by managing inflation and moderating income inequality. Pretty important stuff. The federal government does not collect taxes to pay for anything. It collects taxes to fulfill its Constitutional obligation to create an economy where the general welfare is provided for all creating an economy where everybody has opportunity and an environment where wealth does not mean privilege.

This article was originally posted on Give Us Truth

1 thought on “Taxes Are Paid”