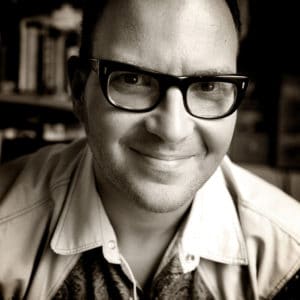 The American healthcare system is the worst of all possible worlds. Unlike every other wealthy country, the US leaves its health insurance to the private sector, where your health and your life are a distant second to shareholder profits. But it’s worse, because the majority of the money those terrible, “private” insurance companies “earn” comes from public subsidies.

In other words, the US has a privately run health care sector that is publicly financed, without any public accountability or duty to the public good. Insurance companies take ever more billions from the federal government and deliver ever less care to their customers.

Cigna-exec-turned-whistleblower Wendell Potter has just published a new report that breaks down share of federal subsidies in the largest US insurers’ bottom lines:

See that? The vast majority of US insurers’ income is public funding. That’s because of Medicare Advantage, a privatized Medicare service that 27 million older people have been tricked into signing up for, which consistently delivers worse service with higher out-of-pockets, while billing the US government for billions.

You should not sign up for Medicare Advantage, nor let anyone you love do so. Medicare Advantage will deny you care you are entitled to and leave you to sicken and die, while draining the last of your savings in co-pays:

The insurers aren’t done. They raised their prices by 24% in a single year:

Despite these massive profits, spiraling fees, and mounting premiums, the Biden admin is on track to let the insurers raise their prices again, though not by as much as originally announced:

You don’t have to be on Medicare to be part of the health insurance scam. If you’ve got an Obamacare subsidy, you are helping to transfer billions in public money to insurers, even as these ACA plans grow steadily worse. ACA plans deny one in five claims:

Meanwhile, the out-of-pocket expenses your ACA insurer can rook you for just went up to $14,700/year:

ACA coverage is so poor that many of the people paying for it are best understood as “functionally uninsured”:

ACA was sold as a brokered compromise between public healthcare advocates and private healthcare cultists. It created a situation where private insurers could grow larger, more powerful, more profitable, and less accountable to government, patients or doctors, so that care would steadily erode and prices mount.

ACA set the stage for Medicare privatization through Medicare Advantage. It was the template for the public-private-partnership from hell, teeing up a future where we finally get the wildly popular Medicare For All, but delivered by the same murdering profiteers who run the private system it was supposed to replace: Medicare Advantage For All.

As David Sirota writes in The Lever, Biden’s 2020 campaign recognized this, and promised us a public option where “premiums could be substantially lower than those of private plans,” but “Biden hasn’t once mentioned a public option since becoming president.”

Giving for-profit insurance companies more public money will not translate into better care. The CEOs of every one of those publicly subsidized insurance companies took home more than $20 million in pay last year. 86% of Centene revenues came from the public coffers. Its (recently deceased) CEO Michael Neidorff paid himself $20.6 million.

Giving Americans a new choice, a public health insurance option like Medicare. If your insurance company isn’t doing right by you, you should have another, better choice. Whether you’re covered through your employer, buying your insurance on your own, or going without coverage altogether, Biden will give you the choice to purchase a public health insurance option like Medicare. As in Medicare, the Biden public option will reduce costs for patients by negotiating lower prices from hospitals and other health care providers. It also will better coordinate among all of a patient’s doctors to improve the efficacy and quality of their care, and cover primary care without any co-payments. And it will bring relief to small businesses struggling to afford coverage for their employees.

People are angry at their insurers, and justifiably so. Cigna isn’t just raising prices and co-pays, it’s committing mass-scale fraud: “exaggerat[ing] the illnesses of its Medicare members to obtain higher payments from the federal government.” Also credibly accused of Medicare fraud: Unitedhealth and Elevance.

In 2019, I published Radicalized, a collection of four novellas subtitled “four tales of our present moment.” The title story, “Radicalized,” was frightening and upsetting to write, but I couldn’t stop myself. It’s a story about angry men who watch the people they love the most slowly and agonizingly murdered by care-denying insurance companies, who meet on message boards where they plot to murder health-care executives.

Having grown up in Canada and then spent more than a decade in the UK — and now become a US citizen — it’s incredible to me that Americans tolerate this ghastly, worsening system. Not that I want to see terrorist violence! The very idea is sickening and terrifying.

But it is baffling to me that there are Americans who shoot each other over road-rage and yet as far as I know, the $20m/year vampire CEOs of profiteering, fraud-addicted insurance companies are living in comfort and safety.

It’s one of the great paradoxes of the American psyche: all of that macho, don’t-tread-on-me posturing turns to vapor when the person who’s literally condemning your family to die is a distant corporate executive.

All that anger has to be out there, somewhere, channeled by cynical operators into scapegoating and nihilism. It’s a ticking time-bomb. Imagine the political win that would accrue to the party that made saving your life and the lives of the people you love its political centerpiece. A party that met astroturf with naming names, hauling insurance execs into Congress to confront grieving mothers, fathers, children and spouses. A party that refused to let Lucy yank the football again with a “compromise” that gives us a privately managed, publicly funded service that only serves shareholders and executives.