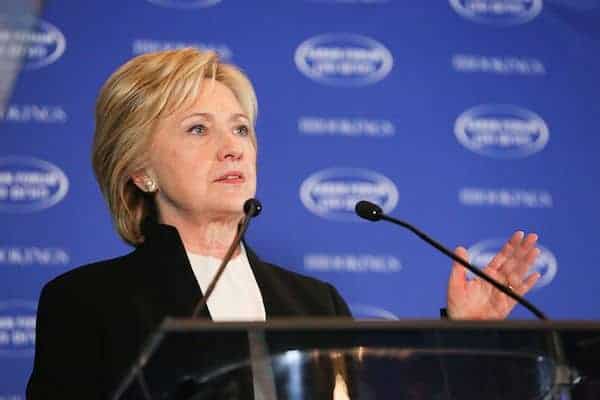 Americans need to wake up to the fact that we currently live in a turnkey authoritarian regime. We have police who have the power to kill (upon reciting “I was afraid for my life” ), we have private companies currently amassing wider nets of big data, monitoring literally everything in their sight. We have telecoms retaining information for years and selling its access to police departments without a judicial warrant (and thus no “just cause” need be demonstrated). We have loosely-worded laws against “material support” that could be construed as whistleblowers giving aid and comfort to the enemy. We have 5 private companies currently doing spying for government agencies, with little restraint on the data they collect.

While it may allow some to sleep at night to think of our currently domestically benevolent government who would never, ever do that… we would be more astute to wonder how far a despot could push the status quo of accountability of police, prosecutors, and/or the Department of Justice itself to punish political dissidents labeled “enemies of the state.”

Hillary, for one, has embraced censorship in the name of the “war on ISIS.” In a speech to the Brookings Institute Clinton bluntly stated, “we need to deny them online space.” The implications of that, therefore, are that as Chief Executive she would seek the power to censor the internet itself, based on the government’s evaluation of friend or foe. I would hope against hope that the Clinton supporters would at least realize that such power could be used to censor political speech as well. The internet is the last bastion of free access to information, and I am not willing to go lightly toward allowing them to censor its message based on a political declaration.

The modern reality is that companies like Persistent Surveillance Systems currently operate wholesale surveillance of all targets visible over an entire city from an airplane. This surveillance system was run over the Freddie Gray protests and riots in Baltimore. Other companies manufacture cell site simulators called “stingrays,” backpack sized devices that can record all conversations, monitor GPS coordinates and intercept live video streams and internet communications via cell phone. These devices have been used to track people wanted of petty crimes often with no warrant whatsoever, scooping up whatever data that is sent their way in the process. They even bring the risk of unintended interception of 911 calls that could literally put innocent lives in imminent danger.

More recent news dredged up “Project Hemisphere,” an AT&T database that featured all cell phone data collected by the company on their own customers stretching back a decade or more. This included metadata like cell tower location, number called and duration. This data, like that of the stingrays, was accumulated without the requirement of the declaration of probable cause before a judge. The services rendered in both AT&T and the stingray cases included restrictions on the ability of police and prosecutors to disseminate how the information was obtained.

You might ask, how can you use information in a court of law you can’t disclose? The answer to that question is known as “parallel reconstruction,” which is a euphemism for lying about how the investigation actually occurred. Instead of being honest, they simply surveill their target until they unwittingly stumble upon something that would qualify as probable cause for the arrest and then coincidentally also can charge them with the original suspected offense. That way the fact that the original information was illegally obtained can be well hidden. These non-disclosure agreements were apparently so rigorous that several cases were simply and inexplicably dropped by prosecutors in order to avoid disclosure of the source of the original information. Still, with the stingray devices, the details of the actual hardware and its capabilities are kept secret for “national security reasons.” For all intents and purposes, the stingrays are cell site towers, but we don’t know if they can inject malicious code into the baseband processors of the phones that connect to them. The telecommunications companies have the power to push “carrier updates,” and so perhaps these devices could fool the phone into thinking the malware was a legitimate patch.

We must not rely upon Democrats to save us from further encroachments from the security sector. Hillary has already promised an “intelligence surge” if she is elected. She has been unapologetic in her description of a “balancing act” between civil liberties and the power of the surveillance state. When asked about her expectations of limitations on surveillance power, she cited the aforementioned “USA Freedom Act”, and its curbing, rather than elimination, of illegal mass surveillance. Clearly, at best she would continue the status quo. Her rhetoric of the “intelligence surge” suggests a far worse outcome for civil liberties. We are at war with Eastasia, after all; we’ve always been at war with Eastasia.

At this point it appears that a Clinton administration is what we will have to deal with for the next four years, barring the Democrat’s uncanny ability to snatch defeat from the jaws of victory of course. My guess is that once she is elected, the Hillary supporters claiming they will hold her feet to the fire will disappear into the shrubbery faster than a Homer Simpson gif.

We can expect no opposition from the Democratic left to any policy she deigns to enact for the full first term. She will be pilloried from the right, and that will give her administration full power to tar any criticism with the taint of the crassly sexist things that will be bandied about like shuttlecocks. After all, how can you second guess the “most qualified person ever to be elected President of the United States?’

A vote for Jill Stein is not a wasted vote because it helps to build the party. A 5% turnout in the elections will guarantee matching funds in the 2020 election and automatic ballot access in many states, saving precious resources that otherwise would go toward the collection of signatures and petitioning of unfriendly elections officials. Mathematically, any votes in excess of those required to win are necessarily wasted votes. Those votes would be best cast for a third party.

I have always urged people to vote their own conscience. I will continue to do so. I strongly feel, however, that the best interest lies in the building of a party that is answerable to the needs as well as civil rights of the people. The current trajectory of the Democratic Party from Obama to Clinton suggests that our civil liberties will not fare well if we continue down this path unabated. The Democratic rank and file have also demonstrated they lack the wherewithal to turn the ship around any time soon. It’s up to us to build a party that will.