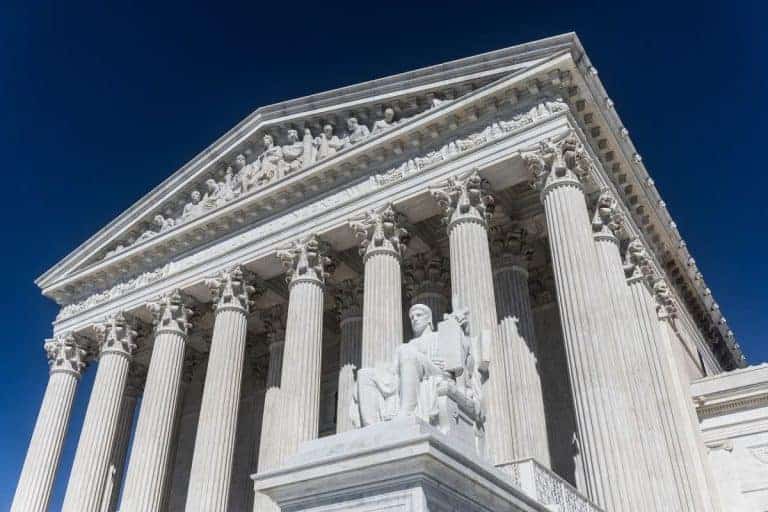 Response To The Powell Memo: A Progressive Blueprint Part 5

What follows is Part 5 of a direct rebuttal to the original Powell Memo, frequently using Powells own words, which instead offers a progressive plan to take back the country from the ravages the corporate oligarchy has committed on the American people and restore the freedoms and protections to which we are entitled. Read Part 1, Part 2, Part 3, and Part 4.

In the final analysis, the payoff for progressive activism including revolution is in forcing the government to serve the people instead of the corporations. Entitlements (meaning benefits to which all US citizens should be entitled) have been the favorite whipping-boy of many politicians for many years. Regretfully, the measure of how far the government has gone to deny the people their rightful benefits is perhaps best found in the pro-corporate views now being expressed by both major political parties.

It is still Capitalist doctrine that socialist countries take the power from the hands of the people. This doctrine, consistently a part of right-wing propaganda all over the world, still affects many Americans. The idea of a country whose wealth and resources are shared by all its citizens, not just the top 1%, is anathema to Capitalism, and the oligarchs do all they can to demonize the very idea of socialism to guard against a popular uprising.

As more Americans are realizing, few elements of American society today have as much influence on government as the American businessman, the corporation, and the millions of corporate stockholders. If anyone doubts this, let them look at the number of lobbyists soliciting for the rights of corporations before Congressional committees. The same situation exists in the legislative halls of most states and major cities. One does not exaggerate to say that, in terms of political influence with respect to the course of legislation and government action, the average American is truly the forgotten man.

Current examples of the impotency of the people, and of the near-contempt with which the protestors views are held, are the stampedes by politicians to support almost any legislation related to corporate growth or to deregulation.

Politicians reflect what they believe to be majority views of their corporate funders. It is thus evident that most politicians of both major parties are making the judgment that the public has little importance compared with those funding his or her political seat. This has been proven in a study by Gilens and Page, which found that the average American has no influence whatsoever on government legislation.

The educational programs suggested previously should be designed to enlighten public thinking not so much about the working person and their individual role, but rather about how the system is exploiting them: those whose labor provides the products and services on which our country depends, yet who often cant afford to buy the very products and services they themselves have produced because they are not paid a living wage.

One must not postpone more direct political action; however, while awaiting the gradual change in public opinion. The left must learn a lesson that was long ago learned by conservatives and other corporate groups. This is the lesson that political power is necessary; that such power must be assiduously cultivated; and that when necessary, it must be used aggressively and with determination without embarrassment and without the reluctance that has been so characteristic of the American people, particularly on the left.

As challenging as it may be to the Progressive coalition, it should consider organizing large, sustained, country-wide general strikes that aim to bring the economy to a halt. It is the only thing the oligarchy is truly afraid of, short of dragging out the torches and pitchforks (which may indeed happen one day if the government refuses to bow to the demands of its people). Participation in these strikes will of course be difficult for many who are enslaved to a system in which there is no safety net. We must be prepared to support these brave men and women by providing them with food, shelter, health care, etc., until we have established a government that works for the 99%. Local food, housing, monetary, and renewable energy cooperatives should be established for this purpose.

It is vital to develop an alternative government that can step into the power vacuum created when the people finally wake up and remove the current regime. We cant merely oppose the current system without having a viable alternative with which to replace it, or we would end up in danger of descending into full-scale fascism, with power being assumed by far worse authoritarians or theocrats.

The new system should consist of a governing coalition composed of leaders from across the political spectrum, who can give voice to the needs of the majority of Americans. A parliamentary coalition government in which all segments of the population are represented, as opposed to our current winner take all government, is far more fair than the current system in which the Electoral College allows one part of the populations vote to have greater weight than anothers.

Neglected Opportunity in the Courts

The ability of American business interests to usurp the interests of the American people has been influenced as much by the courts as by the executive and legislative branches of government. There is no more important illustration of this than the Supreme Court ruling in favor of Citizens United, which gives corporations the same rights as a person in the financing of political candidates. This ruling must be overturned.

The Supreme Court, in this decision, has proven how dangerous the judiciary has become in halting or even reversing social, economic and political change. In the courts defense, some judges have upheld the constitutional rights of US citizens against their assault by the Trump administration. However, the appointment of conservative judges to the courts due to the Republicans refusal to confirm any judge under a Democratic president (and the Democrats equal willingness to let the Republicans do so) puts the legitimacy of the courts into some question.

Nevertheless, some organizations and groups, recognizing this, have been astute in resisting oppression through judicial action. The American Civil Liberties Union is one example. It has been instrumental in initiating or intervening in scores of cases each year, filing briefs in the Supreme Court in a number of cases during each term of that court. We must support the ACLU both ideologically and financially to counter the continual assault on our civil rights by our government, particularly since 9/11.

In 1977, six years after the dissemination of the Powell Memo, the US Chamber of Commerce established the ” National Chamber Litigation Center (NCLC). This organization floods the Supreme Court with continual briefs to influence judges decisions to be favorable toward corporate interests.

According to a 2012 article in The Nation (notably, even before the Trump administration took power),

The NCLCs legal success rests on a carefully laid foundation that produced a Court with a pro-corporate tilt. The contributing factors include the rise of an ideologically driven conservative legal movement, the appointment of radically conservative judges to the bench and the emergence of a highly effective Supreme Court bar serving corporate interests.

Progressives must begin to counter the millions of dollars that corporations and wealthy conservatives have poured into right-wing law firms and conservative think tanks.

Twice as many right-leaning think tanks exist as left-leaning. And no wonder: progressive think tanks receive just a quarter of the funding as that of their conservative counterparts. Much of this is attributable to the Powell Memo, in which Powell advocated the creation of these right-wing institutes to influence the governments position on public policy. The Heritage Foundation, for example, receives significant funds from organizations associated with the Koch brothers. Their policies include blocking action on climate change and opposing single-payer health care, among other views that support corporate interests.

More resources need to be allocated to supporting and developing Progressive think tanks, such as the Institute for Policy Studies and the newly established Sanders Institute, whose stated mission is to revitalize democracy by actively engaging individuals, organizations and the media in the pursuit of progressive solutions to economic, environmental, racial and social justice issues.

The average member of the public thinks that all political power lies in impersonal corporate entities, owned by the very rich and managed by over-paid executives. And for the most part, they are right. At this point in time, corporations wield more power than the average American in getting policies favorable to themselves enacted.

However, a great part of this is due to citizen inaction during elections. Only 58% of the eligible population voted in the 2016 presidential election, and only 26% of this population voted for Trump. This means that nearly three-quarters of Americans eligible to vote either voted for someone else or didnt vote at all. It is this segment of the population we need to try to reach, rather than wasting our energy and resources trying to convert Americans who will never choose to vote for presidential candidates who will work for the betterment of the people and the planet.

It is still the people who hold the power, but they must be persuaded to use it. Activist citizens in large numbers can enact the electoral reforms needed for fair and transparent elections. They can demand the whole electoral process be changed by instituting ranked choice voting, outlawing gerrymandering, returning to paper ballots, etc. Most importantly, they need to turn out in numbers great enough to make a difference and to be convinced that, as Lincoln did in 1860, a third party can indeed win the presidency. Studies have shown that it takes only 3.5% of a population actively practicing sustained civil resistance to enact peaceful political change. And once that resistance truly begins, change can happen more quickly than we think.