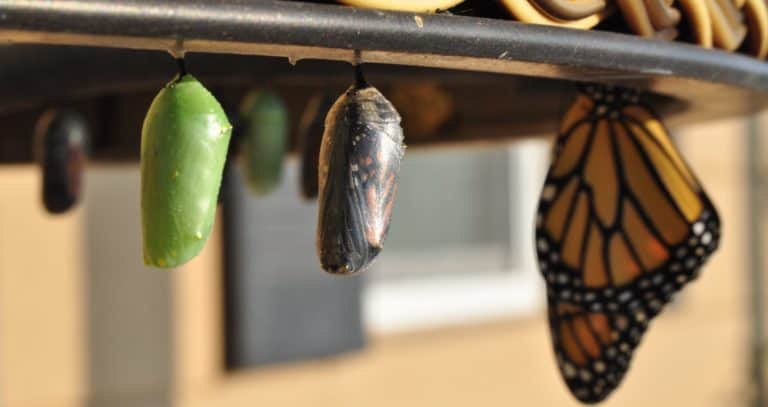 Like everything else, money has evolved. It began in a primitive form and morphed into something more sophisticated, more successful. Then, probing and testing for an even better form, it morphed again. A simplified history of money’s evolution can be outlined in five stages:

STAGE 1: Money is a tangible thing of value” e.g. a gold coin.

At some point in the prehistory of humankind, the “invention” of money solved a time-gap problem in cooperative trade: I’ll give you my baby goat in exchange for your flint-knife” but you have not yet made the knife, so the exchange is stymied. To solve the impasse, you give me a token of gold to temporarily stand in place of the flint-knife, so you can take my baby goat. The gold token is a promise that the knife will be delivered, and that promise is secured by the fact that the gold itself is deemed equally valuable as the knife. In the meantime, I may find someone else with a flint-knife already made who will exchange it for the gold, thus completing the trade. The invention of this place-holder transformed the cooperative trade interactions of human society.

Eventually, this stage of the invention was “perfected” with the innovation of the gold coin” a standardized golden disk, stamped out by an authority, guaranteeing that it contained a specific amount of the precious metal. Thus, the place-holder could be quickly and accurately quantified in transactions without the need for weighing or measuring.

STAGE 2: Money is a paper receipt for a tangible thing (e.g. a gold coin) held in safekeeping.

The next stage dramatically raises the bar for monetary convenience and safety. Instead of carrying the heavy gold or coin around and physically transferring it from person to person in transactions, the precious metal is kept in a secure vault. The owner of the gold receives a paper receipt which can claim the safe-kept gold when presented to the keeper of the vault. The paper receipt, then, is what is carried around” and is used to buy goods and services. Sellers accept the paper receipt as a place-holder because they know they can present it to the gold-keeper and receive the specified precious metal.

There are two important things to notice in Stage 2 money: First is the mechanism of “displacement.” The gold is still the physical place-holder of value, but it is operationally displaced by the paper receipts. It is possible for the paper receipts to be exchanged in many trades before one of them actually makes its way back to the safe-keeper of the gold itself

STAGE 3: Money is a promissory note for tangible things held in safekeeping.

Stage 3 replaces the idea of a “receipt” with the idea of a “promissory note.” This may seem like a minor detail but operationally it is a huge innovation that changes what money can do, and how it can be used.

The innovation was the “promissory note.” This is a piece of paper that promises to exchange a specific amount of gold for the paper note. Most important, the promissory note could be presented to any safe-kept gold repository” including the one that happened to be just down the road, as opposed to one three hundred miles away. The real innovation here, obviously, was not the promissory note itself, but the cooperative arrangements and agreements between the keepers of the various gold repositories that honored this convention.

The thing to notice is that Stage 3 has added something new to the idea of “displacement.” Gold is still the physical place-holder in a trade transaction, but in addition to being operationally displaced by a piece of paper, it is now “anonymous”: While the gold held in the repositories can be claimed by specific people (the holders of the promissory notes) in specific quantities, in aggregate it is “owned” by all of them together, because any promissory note can claim gold in any repository.

The innovative result of this anonymity” and the ultimate perfection of Stage 3 money” was that the keepers of the gold repositories discovered they could legally make loans backed by the precious metal they held in safekeeping. They could do this without usurping ownership of a specific thing owned by another person. They could, in effect, evolve into what we now call “banks.” The amount of gold in safekeeping could now back-up more than one promissory note at the same time” based on a calculated improbability that more than one note would simultaneously claim the gold. As a consequence, the number of place-holders for cooperative trade, and the ease with which they could be obtained and traded, increased dramatically.

STAGE 4: Money is a promissory note for a tax credit.

Stage 3, as just described, was basically the money status quo for what we think of as modern history. Then something extraordinary happened quite by accident. As is usually the case in evolution, not only was the innovation accidental, but it is still taking time for the benefit to be understood and functionally incorporated in a new operational stage. But there can be no doubt about the fact that Stage 4 money” whether we acknowledge it or not” has arrived.

The accident happened in 1971. At that time, the U.S. dollar was a Stage 3 promissory note promising to exchange a specific amount of gold from the U.S. Treasury, on demand, to the holder of the note. In a spat between French president Charles de Gaulle and U.S. president Richard Nixon, the Stage 3 cooperative arrangements and agreement were momentarily abandoned: de Gaul suddenly presented the U.S. promissory notes (dollars) held by France to the U.S. Treasury and demanded the gold in exchange.

Rather than loading ships with gold-bars from Fort Knox (America’s safekeeping repository) Nixon took the unprecedented step of declaring that the promise in the promissory notes would not be honored. U.S. dollars would no longer be exchanged, on demand, for any amount of gold at all. When he did this, Nixon (and the rest of the world) assumed it was a temporary declaration” that the U.S., France, and the rest of the world would soon negotiate a new understanding of how gold exchanges would be handled. It was a big “yawn” that, for the most part, everyone soon forgot about. Of crucial importance, however, the new gold-exchange agreements were never made, and gold quietly slipped from its role as place-holder in trade.

Even though the collective yawn was quite robust” trade amongst people and states and countries continued as always” something quite fundamental had changed. The world had transitioned to another stage of monetary evolution: Money was still a “promissory note” place-holder, but what was promised in exchange for the note was no longer an amount of gold safe-kept in some repository. The promise had been replaced with something else” but what? After half a century, the answer has yet to percolate into the awareness, understanding, and operational policies of mainstream economic thinkers and policy-makers.

In fact, the answer is clearly printed on the front of every U.S. Federal Reserve Note” the promissory notes (which we now use as dollars) that replaced the old U.S. Gold Certificates: “THIS NOTE IS LEGAL TENDER FOR ALL DEBTS PUBLIC AND PRIVATE.”

The accidental innovation that created Stage 4, then, is this: Money has become a promissory note for a tax credit. A tax credit, in a society that regularly and unfailingly requires its citizens to pay taxes, it turns out, is just as valuable as a place-holder in a trade transaction as was a token of gold

Stuck in Stage 4 with Stage 3 thinking

The innovative twist of Stage 4 money is profound: whereas the amount of Stage 3 gold a society safe-kept to back up its promissory notes was finite and limited, the number of “tax credits” a national government can issue is (a) unlimited, and (b) completely controlled by the discretion of the taxing authority. The U.S. government, in other words, has an infinite supply of U.S. tax credits in its “vault”” and it can issue them, at will, with the stroke of a keyboard.

It is critically important to see that this is different, in fact, from “printing money”” a Stage 3 transgression where promissory notes were issued without having safe-kept the gold they promised. A promissory note for a tax credit, in contrast, can always be backed up by its promise” at no cost, it should be emphasized, to the federal government.

The irony of the present moment is that even though we are now firmly established and operating with Stage 4 money, our mainstream economic planners and political leaders continue to think and operate as if we were still, somehow, in Stage 3. They behave, in other words, as if U.S. dollars are “backed” by some invisible, finite, “gold-like” resource which everyone” including the U.S. government” must compete to have some apportioned share of.

It’s very likely that it will require a new generation of economic explainers and political leaders” individuals not guarding professional claims staked out in the Stage 3 money-structures” to fully understand and utilize the innovation Stage 4 money makes possible. When that does happen, human society will move on to Stage 5. For a lot of reasons, we can’t get there soon enough.

STAGE 5: Money is a mechanism for social enlightenment.

This may sound grandiose, but I’m simply referring to the ability of a large society, operating collectively, to (a) build and operate a sustainable interface with earth’s resources, and (b) actively provide each society member opportunities to optimize their potential for health and success. Understanding and creatively managing Stage 4 money makes these aspirations possible.

Specifically, Stage 5 is possible because promissory notes for tax credits can do something new. Not only can they act as place-holders in the trade of profit-making enterprises” as Stage 3 money so efficiently and effectively made possible” they can also be issued and used as direct government payments for non-profitable goods and services. This can happen because (a) it “costs” the government nothing to produce the promissory notes, and (b) they provide real income to the citizens providing the non-profit generating services. In other words, Stage 5 money can uniquely and directly be used to pay citizens, on a large scale, to undertake, design, build, and provide non-profit goods and services which, until now, could not be undertaken or accomplished without stressing the monetary system itself (i.e. by “printing money”).

Given the pressing needs America and the world now face, which profit-making enterprise has no interest in addressing” access to land and affordable housing for low-income people, global warming and rising sea-levels, climate change, drought-induced migration and catastrophic storm and wild-fire events, the collapse of ocean fisheries, loss of agricultural diversity and food self-reliance of local communities” the time for Stage 5 money is at hand. We have it in our grasp. The question is: when we will see what it is and how to use it?