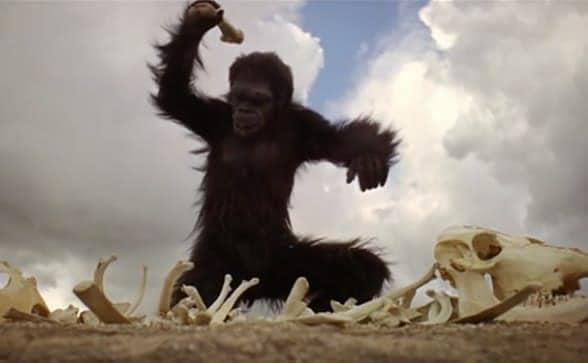 MMT Detractors are the Ones Who are Flirting With Disaster

Somewhere years ago, a quote went around that went viral, in light of the political atmosphere of 2015-16. This quote was attributed to Gandhi, stating:

I think it’s safe to say that we’ve moved from being ignored by the establishment at this point, and have delved headfirst into ‘mock and taunt’ territory. It would be different if authors actually did some research to discover the aspects of Modern Monetary Theory which have been conclusively proven, and then began there as a point of departure for their debunking efforts. But sadly, virtually none of these people claiming to debunk the truths of MMT have bothered to determine the validity of ANY of them, choosing instead to discount the entire system of thought across the board.

Although most so far have opted to go the lazy route and simply gaslight MMT without actually having any gas, others have chosen to do just enough research to be dangerous, combining academic fact with slanted fancy. One such article is “The Absurdity of Modern Money” by Joel Griffith and published in the Daily Signal.

It has all the major hallmarks of a willfully ignorant slander piece, with all of the ‘MMT would be disastrous if we ever used it’ nonsense. However, this particular article shows that the author has at least done a bit of research, just not nearly enough to paint a realistic image of what MMT actually represents. It begins with several ‘points to ponder’ that contain many truths, but are presented in such a way as to be terribly misleading.

We are already doing that, so this question is inane and insulting. The way you avoid inflation is to only put into the economy what the economy can absorb. You don’t need to ‘clean up’ a problem that you have successfully avoided.

As if it wasn’t clear whether this article was based in ignorance or deliberate obfuscation, this statement stands as clear evidence to the latter. Yes, the government ‘deficit’ is a private ‘asset’, but this doesn’t mean that we OWE ourselves money. If you really understand the distinction, then to maintain a convenient misconception for the sake of confusing people and gaslighting MMT is a desperately transparent ploy.

The truth is that all US dollars come from the government. When these dollars are spent, they go from one sector; the public one, into another sector; the private one. When this happens we say the government is in ‘deficit’, but this public deficit is simply a private surplus. Their red ink is our black ink.

Finally, after all of these slanted, gross mischaracterizations, the author says: “For proponents of modern monetary theory, the answer to all of the above is ‘yes.’ This defiance of economic and political reality rivals the absurdity of the Flat Earth Society’s rejection of geographic reality.”

To say this is a disingenuous attack is an understatement.

It is a deliberate attack, to not only smear MMT and perpetuate outright lies that kill people, but an intentional attempt to portray proponents of MMT as irrational, irresponsible, and dangerous.

“…Then they will mock you.”

MMT proponents, we can consider ourselves mocked.

Now it’s time to fight so that we can win. The fight has already begun! First, the players must be introduced, then the rules, then the game is on. We are about to fight the biggest fight of our lives.

And then we will win.

We will win because we are right, and they know it. The truth is on our side. That is why they don’t want to fight us. They will do anything to postpone a fight they know they will inevitably lose.