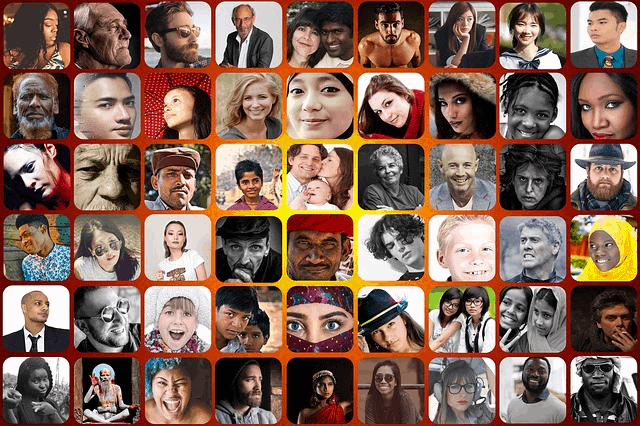 Neoliberalism at Work through the Universal Basic Income

When I have called Universal Basic Income (UBI) a neoliberal program, people push back. They understand “neoliberal” is used as a pejorative, and they push back in apparent ignorance or defensiveness. Neoliberalism is simply policy that favors privatization in an ever-changing definition of the “free-market’ and unfettered capitalism. The proposed UBI plan is a very clear example of neoliberalism to solve a complex problem in a way that placates, rather than address root causes.

A UBI is a neoliberal answer to a public problem using private solutions and little more. These are rehashed Milton Friedman ideas, the same economist who argued that even an unrealistic theory should be judged on its ability to predict, not the realism of its assumptions. In what other scientific discipline would that ideology be accepted? Yet, this is the dogma of neoliberal fiscal policy.

Because of this, rarely is there a good faith discussion on their part about what neoliberalism truly is and the political philosophy that has been championed for decades that now seems normal. Yet somehow it is “radical” to consider effective investments in our people as resources, the same sources that spur financial wealth, rather than arbitrarily subsidizing already profitable multinational corporations.

I recently hosted a discussion with Economics Professor John Harvey, from Texas Christian University, who discussed the Green New Deal and a Federal Job Guarantee, two proposals that highlight the uselessness of the UBI proposal.

Despite these simple truths, these UBI proponents have opted for the same fervor of a religious fundamentalist in basing their beliefs on faith and not actual knowledge. The very idea that the private sector is loath to hire the bare minimum, and sometimes fewer employees than needed, is a fact they ignore. I have already discussed the stunning admission of failure in the Phillips Curve theory, as illustrated by Congresswoman Cortez during a House hearing with Federal Reserve Chairman Jerome Powell. In that hearing, Powell himself admitted the relationship between what was thought of as an ideal unemployment rate (5.4 percent) and inflation is simply not so.

Powell expanded on this during the hearing, addressing the Phillips Curve issue directly:

“I think we have learned…that you can’t identify directly the connection between slack in the economy or level of unemployment and inflation. If you go back, if you go back fifty years that has gotten weaker and weaker and weaker to the point where it is a faint heartbeat… We really have learned the economy can sustain much lower unemployment than we thought without troubling levels of inflation…Inflation expectations are so settled and that’s, and that’s what we think drives unemployment, but inflation just seems to be very anchored.”

The UBI proponents cannot address this basic economic fact as exemplified right here, nor will they even try to do so. They revile any argument or market truth that does not conform to their view, expecting nothing less than an affirmational “yes… let’s throw cash at the poor and tell them to eat their peas. Problem solved.”

This simplistic, incorrect, and devastatingly neoliberal plan of instituting a Universal Basic Income will be the final blow against the public purpose and General Welfare Clause as well as an effective coup for the rightwing to establish cash payment as opposed to the services millions desperately need.

Instead, we want to ensure that we build robust public institutions led locally and serving real people, no matter the cost. We can do this because our nation is literally monetarily sovereign. It is our production, our work, that generates the measure of our wealth. Investment is a sound practice that is predictable, measurable and follows logical, proven economic practices.

A voluntary Federal Job Guarantee that is federally funded is also locally administered. This means that the jobs and projects will be determined at the local level, democratically, based on what the community needs. This is the component that UBI fans aren’t discussing. They avoid this fact as Federal Benefits, paid at a living wage, serve as a transition job for people who need or want it. The local community would decide what its needs are and would be open to local community members to fill the need while gaining new skills, working flexible hours to accommodate their need and redefining what work and employment mean for the benefit of the local economy.

It is a democracy enhancer and a big ole “heave ho’ to the private sector vultures who prey on the people while keeping all the benefits of automation squarely in their bank accounts. I do not want to worship at the altar of the wealthy. I want to bypass them altogether through a Federal Job Guarantee, and if they want my labor, they will have to meet or beat the Job Guarantee package.

The UBI people talk in terms of emotions and feelings, “… I don’t think we should have to x, y, z” ” They are not even trying to learn about root causes and prefer a simple answer for complex, diverse causes. The reality is they have no interest in learning how to break the stranglehold of capital on our lives.

Sadly, a UBI is a total capitulation to the death of labor and a permanent underclass with the false idea that automation will make all labor obsolete. UBI proponents have never considered redefining work and serving the local community or public purpose. There are simply too many jobs that can never be replaced by automation and not enough in a local community to justify their plan.

The Federal Job Guarantee redefines and changes how we see work. We can find meaningful ways for the disabled to join in at a livable wage rather than being made slave labor at a fraction of a dollar wage as they have today. Caring for sick and elderly spouses and parents can become a funded work program to help families thrive while taking on this important work. Our parks and public spaces can benefit from the labors of community members set to simple tasks. Our small businesses, who are not yet able to hire staff to meet demand, can petition for a Federally paid intern, instead of driving up property taxes through Tax Incremental Funding programs that are currently being misused now.

It is a lie automated and a key detriment when our local communities suffer because serving our own needs isn’t profitable. This is the fallacy UBI proponents tell that makes the words that follow just so much nonsense.

A UBI is a neoliberal answer that solves absolutely nothing long term. It only serves as a trojan horse to dismantle real services and real community benefits. A UBI stifles the real resources needed now and for a prosperous future.

Steve Grumbine is the Founder of Real Progressives