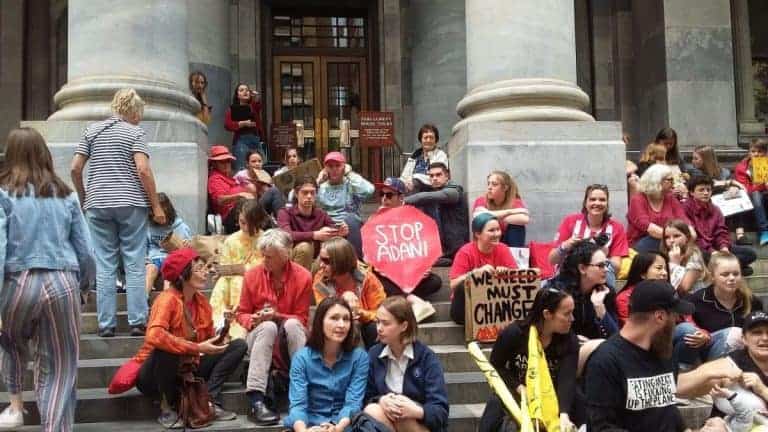 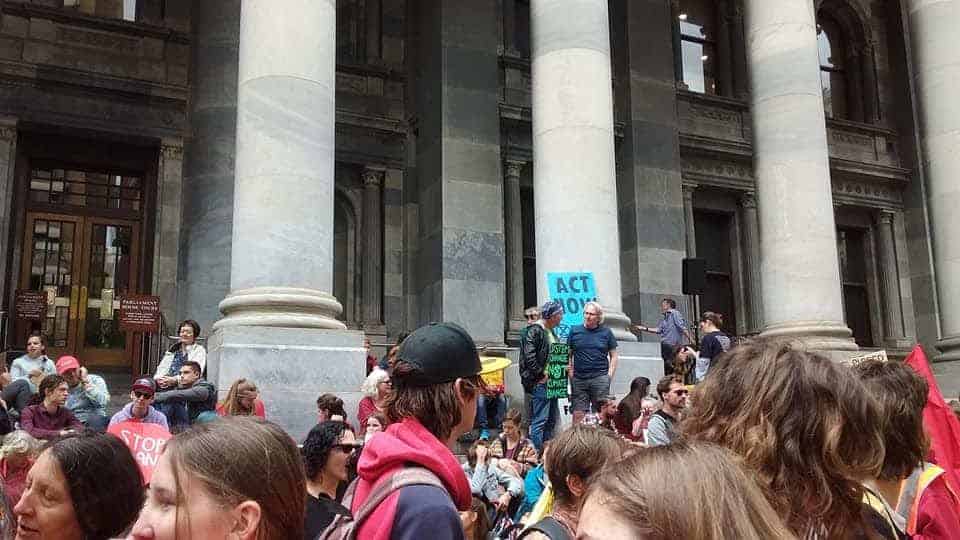 While most Americans were passing out from food comas after a heartwarming Thanksgiving Day dinner on Thursday night in the US, it was already Friday, the 29th of November here in South Australia, and we were striking in front of SA’s Parliament House as part of Fridays for Future.

Inspired by Greta Thunberg’s Friday Climate Strikes, Madeline Khoo, a 14 year old who studies at Mount Barker High School (pictured on the left, below) helped to organize a sit in on the steps of our State Parliament, which was made up of about 200 people from various activist organizations and kids from schools around the state. 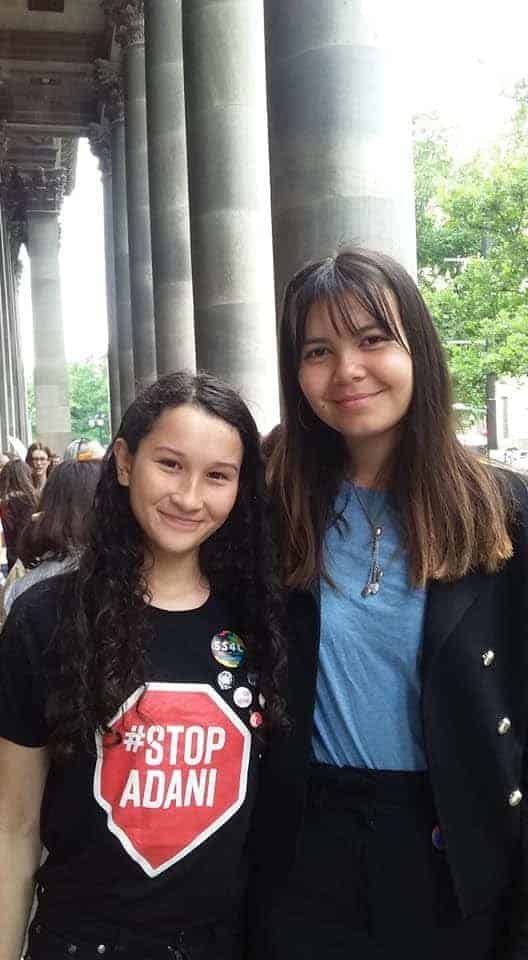 There were representatives from Fossil Free Australia, who work with 350.org, Extinction Rebellion, the Green Party, the Stop Adani Group and many kids who are desperately worried about what the adults in this world are doing to their only home, our shared earth. 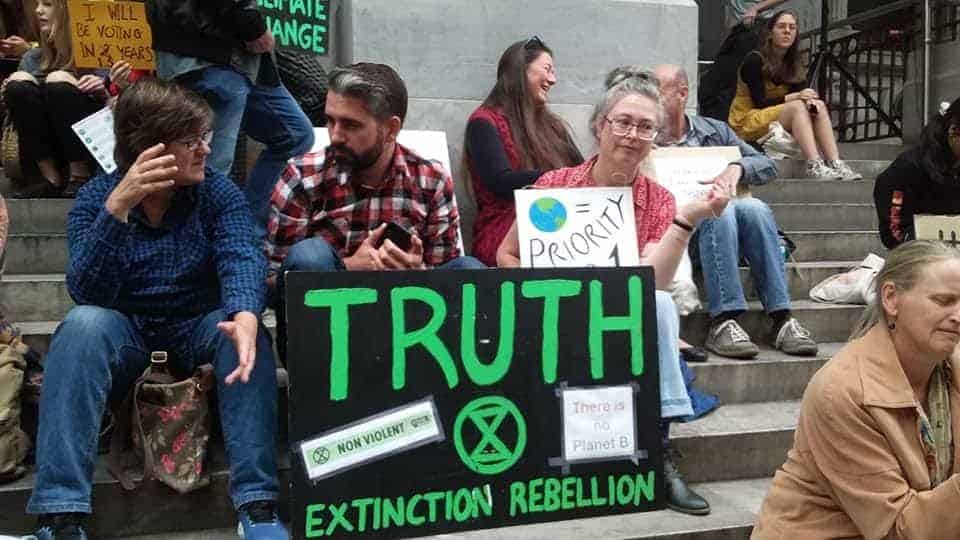 Madeline also helped to organize the climate strike here in South Australia on the 20th of September, which was of course a worldwide action that was the largest unified mobilization of people across the globe to ever happen for a single issue- the future of life on this planet.

People all around the world came together on the 20th of September, and many kids continue to strike along with Greta on Fridays for Future. They are making it clear to our leaders that we want effective action on climate change, and that we want it before it is too late – before we pass the tipping point that the scientific community is telling us will happen in just 11 short years, if we do not take effective action right now. Never before in history have so many people stood with one voice- yet our so-called leaders continue to march full speed ahead in the wrong direction, leaving it up to young people like Madeline and Greta to fight for a future for us all. 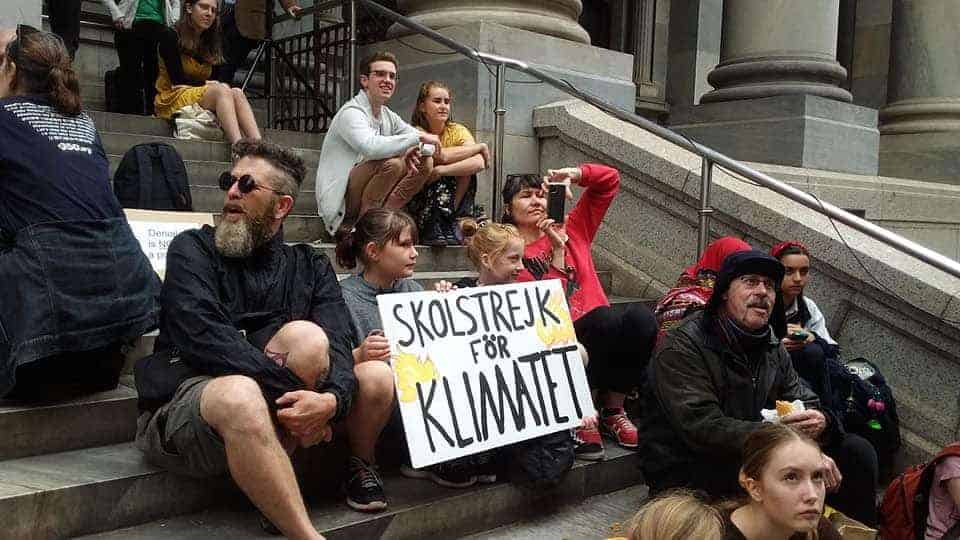 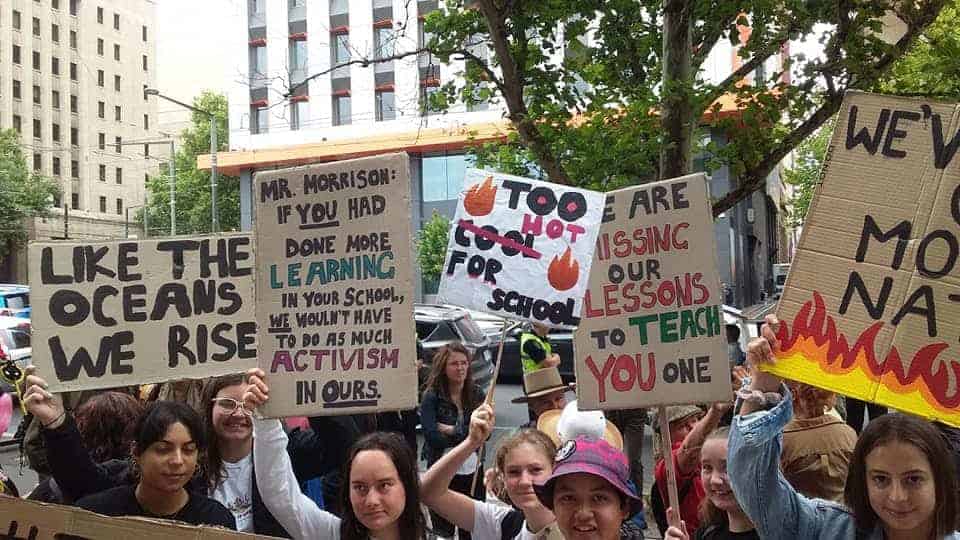 Madeline does have some support from the adults in her community in South Australia, and she said that there is a growing awareness of most adults and kids her age that life on this earth is in a state of emergency, and that we must take appropriate action to address that right now.

The kids in South Australia have three core demands:

1) 100% renewable energy by 2030.
2) No new fossil fuel projects, effective immediately (which in Australia, means things such as stopping the largest coal mine in the Southern Hemisphere from starting up operations, a coal mine that is being constructed by Adani).
3) A just transition to an environmentally sustainable economy that truly benefits all.

The youth around the world have made it clear that they want those of voting age to do their bit, in making sure that our leaders take effective action now by meeting these demands. In countries like the US and Australia, that means electing those who will implement a Green New Deal that is sufficient to ensure that those demands are met. In the US, we have Bernie Sanders running for President, whose Chief Economist is a proponent of Modern Monetary Theory. This clearly shows that the most important question is not how we are going to pay for the Green New Deal (we absolutely can pay for policy that is backed by the actual human and material resources necessary to implement that policy), but rather whether or not our so-called leaders have the political will to implement the necessary legislation. Let’s make sure that we put people in office who have that will and settle for nothing less. 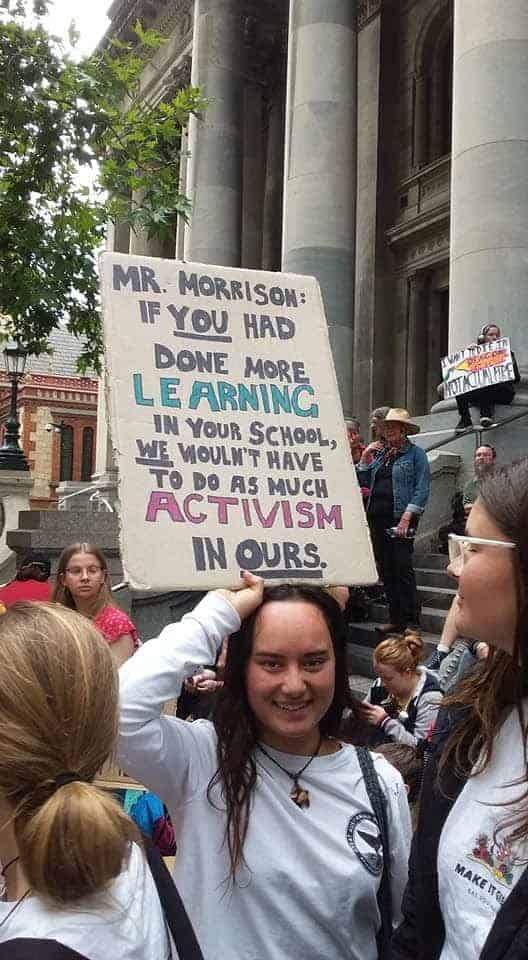 As the adults in this world, as both voters and consumers, we must send a message in 2020 that is loud and clear: we will consider the human and environmental impacts of all that we consume, and we will elect leaders who understand that we are facing the largest, shared crisis that the world as a whole has ever faced – a man-made, mass extinction that cannot be allowed to continue to march full speed ahead. 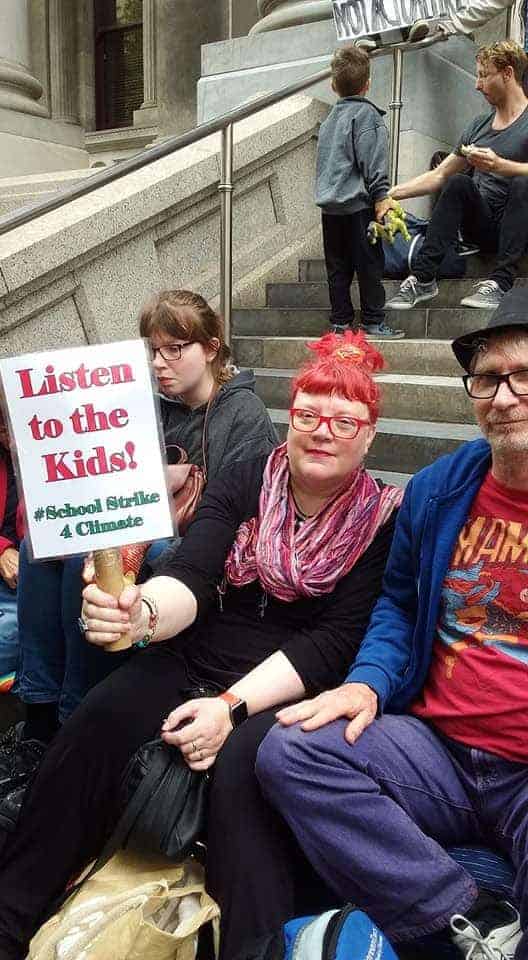 Our governments need to pay attention to the will of the people and declare a climate emergency in all councils, cities, states, countries and regions right now. And then we need to respond with a Green New Deal for the US and others, accordingly. We also need to pay attention to voting with our dollars, as well as at the ballot box, for change that we not only want but need to see in the world right now.

The children of the world have been speaking about their worry for their future on this planet. Will the adults of the world respond in time? That remains to be seen, but one thing that I know for sure is that we can. We have the ability to greatly improve the quality of life for all people on Earth, and any sense of concern for ourselves and our children, as well as plain old common decency, dictate that we do so right now.