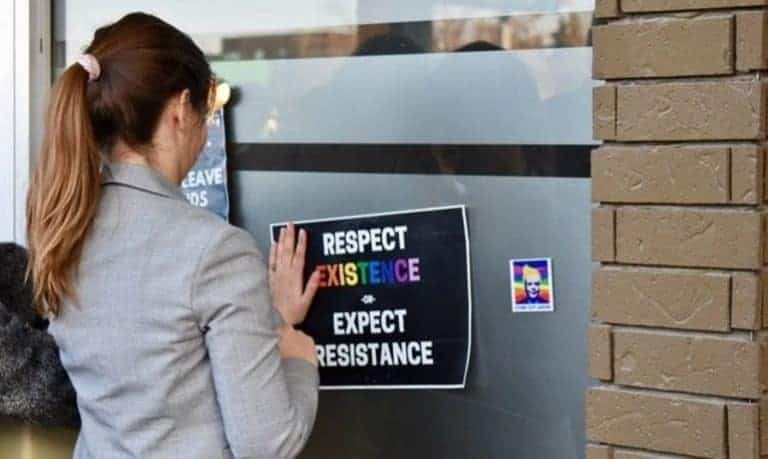 During these uncertain times, it’s important to remember that minority groups are going to have it harder than the rest of society. Transgender people are at particular risk during the COVID-19 pandemic because as members of the LGBTQ community, they are five times more likely than the general population to have HIV or cancer, both of which compromise the immune system, are 50 percent more likely to smoke tobacco, and far less likely to have access to adequate health care, both because of fear of discrimination at the doctor’s office and lack of health insurance. This lack of health insurance in the United States’ current system, which relies heavily on employers providing coverage for employees, is exacerbated by issues related to employment discrimination against transgender people.According to an article on the National LGBTQ Task Force website, only 17 states have trans protections in place, despite a CAP poll showing 73 percent of Americans believe trans people should be protected from workplace and employment discrimination under federal law.
A report entitled A Broken Bargain for Transgender Workers found that trans people’s unemployment rate is 14%, double the 7% unemployment rate for everyone else. (It’s worth noting that these numbers may be an underestimate of unemployment rates, as Department of Labor statistics do not count those who are unemployed and not actively seeking work or who have never been employed.) The report also found that 4 in 10 or 44% of transgender workers are underemployed. It goes on to say that transgender workers are almost four times more likely to make $10,000 or less per year.

Mara Keisling, Executive Director of NCTE, said of these findings:

This new report underscores the harsh reality of what it means to live and work as a transgender person in this country. Like other workers, transgender Americans deserve to be judged by our work and contributions and not by one aspect of who we are.

Ineke Mushovic, Executive Director of MAP, said of the lack of federal protection: “It’s shocking that in this day and age, federal non-discrimination law still does not explicitly protect a high-performing worker from being fired just because he or she is transgender.” (As a side note: nonbinary people are also trans and need protection as well. Gender isn’t binary; it should be spoken of in neutral language.)

The article goes on to list several of the inequities trans people face finding a job and keeping a job. They include:

These issues were important in the pre-COVID world, but were not talked about in non-trans circles. Now that the COVID-19 pandemic has hit most Americans hard, it’s important that any discussion of relief for working families takes transgender people’s needs into account.

For example, unemployment insurance only applies to people who lost their employment as the result of the pandemic — not to transgender people who were struggling to find employment in the first place. The Pandemic Unemployment Insurance provision for gig workers and self-employed persons may be helpful for some individuals who opened their own businesses to try to get around employment discrimination, but it would likely be more helpful to transgender people if the US government provided everyone with a monthly stimulus payment until the crisis was over.

In addition, transgender people need Medicare for All or a similar policy so that they can get health insurance even if they cannot get traditional employment. This is even more important during a pandemic where they are more likely to have a pre-existing condition that makes COVID-19 more dangerous for them. SImilarly, once a vaccine is developed and proven to be safe, transgender people must be able to access it so that they can minimize their risk of catching this disease.

The issues facing the transgender community are complex and require robust, creative, people-centered political solutions. These solutions may scare those people who believe in keeping government spending low, but are necessary to protect ALL Americans, including transgender Americans. In Part II of this series, we will discuss Modern Monetary Theory and why the price tag for these solutions is the wrong thing to focus on.