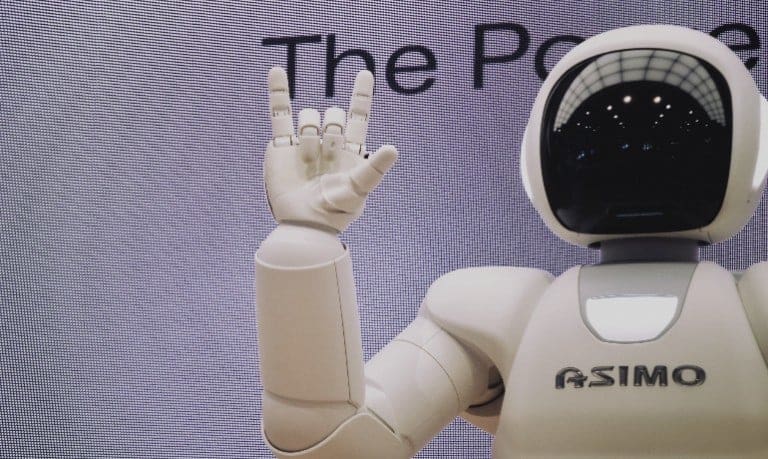 Technology In Our Future Economy

“If machines produce everything we need, the outcome will depend on how things are distributed. Everyone can enjoy a life of luxurious leisure if the machine-produced wealth is shared, or most people can end up miserably poor if the machine owners successfully lobby against wealth redistribution. So far, the trend seems to be toward the second option, with technology driving ever-increasing inequality.”

We are still in the flat section of an exponential curve representing technologies we are only now unleashing. We do not know what comes next. Human development is limited by our biology. As AI systems are successfully designed to develop and evolve themselves, they will do so algorithmically, intentionally, and then exponentially.

The news out of Oxford and Stanford is bleak at best too, with both forecasting unemployment the likes of which has never been seen. Forty-seven percent (47%) of workers are threatened according to the estimate out of Oxford, and Stanford is saying high-skill workers too will be anything but immune.

However, it is policy, not technology, that would see shareholders wealth skyrocketing while actual workers face lay-offs, instead of shorter hours for equal pay.

So, if the robots are coming, what is to be done? Some would suggest a Universal Basic Income (UBI) (it is a fiat currency, after all), but instead of poverty-maintenance payments for doing nothing, people could be paid to improve their communities and provide basic services. UBI only targets demand; a job guarantee can maintain the demand and supply curves simultaneously. The famous economist John Maynard Keynes predicted rampant “unemployment due to our discovery of means of economizing the use of labour outrunning the pace at which we can find new uses for labour.”

When the water comes to a boil, do not think of federally funded jobs and services as make-work for Uncle Sam or as bloating federal power; think of it as simply Basic Income requiring us to help our neighbors a little too.

There are many areas of our lives where no amount of technology should ever replace the experience of a human presence (e.g., social workers, hospice nurses, parents, etc.). Instead of countless idle hands pursuing individuality, we could have nurturing hands building up the collective good. The answer to any rampant increases in AI and automation will be a reevaluation of the word “work” back to something more ancient when we hunted and gathered not for commerce but our community.

One of the most critical issues to ask in economics is not about how the world works, but how it could work tomorrow to serve us better. We live in an era unprecedented in both progress and crises. Climate change, endless war, more refugees than any point in history, ecosystem collapse, soil loss, water shortages, famines, new disease, etc. As much as we study the system that is and has been, I think we should also be asking whether the system existing now can handle what will be.

“One can imagine such technology outsmarting financial markets, out-inventing human researchers, out-manipulating human leaders, and developing weapons we cannot even understand. Whereas the short-term impact of AI depends on who controls it, the long-term impact depends on whether it can be controlled at all….“All of us should ask ourselves what we can do now to improve the chances of reaping the benefits and avoiding the risks.”

Remember, the robots do not take away jobs, the robot’s owners do. Workers should know their enemy. Our world is accelerating in its transformation, but the crisis we face is not too much technology but too little democracy.