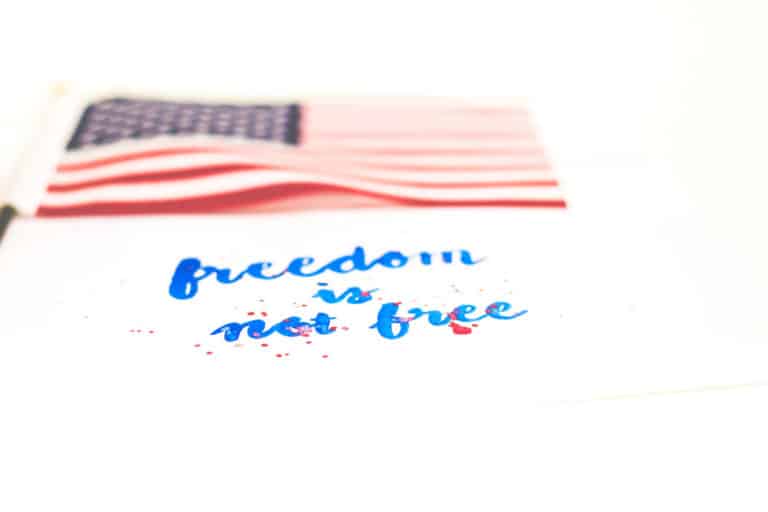 America was Founded on a Lie

The United States is considered the crown jewel of the free world. Americans celebrate this, especially on the Fourth of July. Politicians always speak of America as the ‘Land of the Free.’ Unfortunately, America has never lived up to the illusion of freedom it often trumpets and heralds to the rest of the world.

First, examine the Declaration of Independence. We know this quote very well:

“We hold these truths to be self-evident, that all men are created equal, that they are endowed by their Creator with certain unalienable Rights, that among these are Life, Liberty and the pursuit of Happiness.–That to secure these rights, Governments are instituted among Men, deriving their just powers from the consent of the governed.”

However, do we remember the absence of freedom for African Americans, Indigenous Americans, and women? Or that only property-owning white men could vote? I doubt many discuss that as often as they should, if at all.

Look at the Constitution. It allowed African Americans to count as three-fifths of a person for electoral purposes, while slaves were considered property. There are other clauses in the original Constitution without amendments that also embedded slavery. You could argue the Constitution was a bastion of slavery, written by slave owners! (Find out how many of those actively involved in the preparation were slave owners.)

What about the treatment of Indigenous Americans? They were the original inhabitants of the ‘Land of the Free and Home of the Brave.’ How freely were they treated? Well, there was the Trail of Tears and many other land grabs by white settlers leading to extirpation of indigenous Americans from most of America east of the Appalachians. There is no way one could say America is free when it spent 200 + years uprooting and engaging in genocide against the people who were already here!!

Look at the plight of women for most of the history of America. Does that scream freedom to you? Women were unable to vote until 1920 with the passage of the 19th Amendment. Even today, laws restrict women’s rights to choose what to do with their bodies., are paid less than men, and are relegated to lesser and subservient roles in society.

To put everything into perspective, let us look at the biggest lie used to justify ‘freedom’ in the United States: capitalism. We can see the conglomeration of media for profit has led to the restriction of information exchange in this country. Also, capitalism needs the masses to constantly be at war with each other so that the powers-that-be can continue to have full reign. We are all being enslaved by the idea of the “American Dream.”

After further review, there is nothing free about America. Propaganda by the media and textbooks used in classrooms has removed many of the references regarding how unfree Americans really are. It is up to us to do the research and teach our children and neighbors the truth so that one day, America’s actions will truly reflect the words mentioned by Dr. King in this speech: