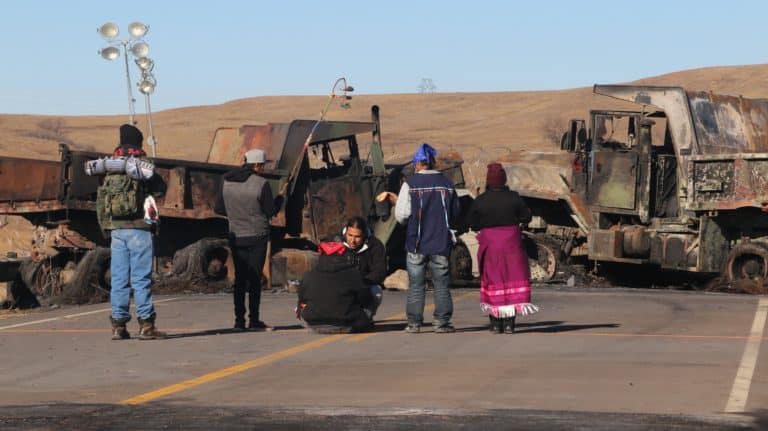 Freedom: The Burden of Accountability – Part 3

“Prisons do not disappear social problems, they disappear human beings. Homelessness, unemployment, drug addiction, mental illness, and illiteracy are only a few of the problems that disappear from public view when the human beings contending with them are relegated to cages.”

Julian Assange is currently being killed by the international prison system for his work to keep governments, particularly the U.S. Government, accountable. The Obama-era Department of Justice (DOJ) revealed charges against Assange in 2010, and kicked off his international prosecution.  He took refuge in the Ecuadorian embassy for years, until the embassy revoked his status and invited some 50 cops into take him away. In Assange’s case, the “problems” that imprisonment were meant to disappear were dissent and the truth.

Assange isn’t even a U.S. Citizen, or a Swedish citizen (the government that extradited him first). He’s a sovereign Australian citizen. Yet, at the behest of the U.S. Government of the Obama-era, he’s been imprisoned in Belmarsh for years. This prosecution remained unchanged from Obama/Biden to Trump/Pence, despite many years of activism and a notable 11th hour campaign to get Trump to pardon Assange. The odds remain that the Biden/Harris administration will finish the job, continuing the persecution of Assange until he dies in prison.

Assange helped expose nefarious governmental activity from war crimes to the DNC undermining American democracy, such as it is, and received a swift, unending retribution for his work in allowing us to hold our government accountable. It’s best we don’t squander the fruits of his sacrifice.

There was a vibrant movement to stop the Dakota Access Pipeline (DAPL) that cuts across swaths of sovereign native land, as recognized by the U.S. Government. Technically, all of America is sovereign native land, but our government and most Americans don’t recognize that simple fact. Our government seeks to achieve the permanent genocide of indigenous peoples. Especially in this context, the everyday American suffers from ignorance, garden-variety bigotry, actively supporting genocide or, perhaps, all three.

The proposal, approval, and construction of DAPL were completed within the confines and mandates of the Obama/Biden administration These images were all taken within the long-standing “Standing Rock” protests.

As you can see, overly militarized police stepping in at the behest of the federal government with the directive to silence dissent wasn’t a new thing from the Trump administration. From Standing Rock to Occupy Wall Street, Obama gleefully cracked down on the “freedom to assemble,” and not just the “freedom of the press.”

The police involved used life-threatening crowd control weapons and even tear gas to try to cow the protestors. Even journalists weren’t safe from the deployment of heavy weaponry by the government. Journalist Erin Schrode was shot with ”rubber bullets” aka ”baton rounds“, while covering the protests. Baton rounds, as seen below, are large steel shells coated in rubber or plastic, designed to be fired at the ground so they can bounce up at the crowd being ”controlled”.

However, cops tend to fire these rounds directly at people, often at very short range. In my front-line coverage as a journalist, I’ve seen them deployed firsthand as well as the immediate and significant bruising they cause. By the way, deploying tear gas is an internationally recognized war crime. Any cop or agent who fires it, or official who orders said firing, is, by definition, a war criminal.

Three years after the protests, a judge ruled the Dakota Access Pipeline needed to shut down. By then, most of the damage predicted by the sovereign First Nations had already been done. Their water had been poisoned, their lands ravaged, and their sovereignty invalidated for the flow of crude oil and its associated capital.

As demonstrated thus far, the fight for accountability often involves putting oneself on the line, in real life, in order to stand your ground against government overreach and the politicians with the power to do something, for better or worse.