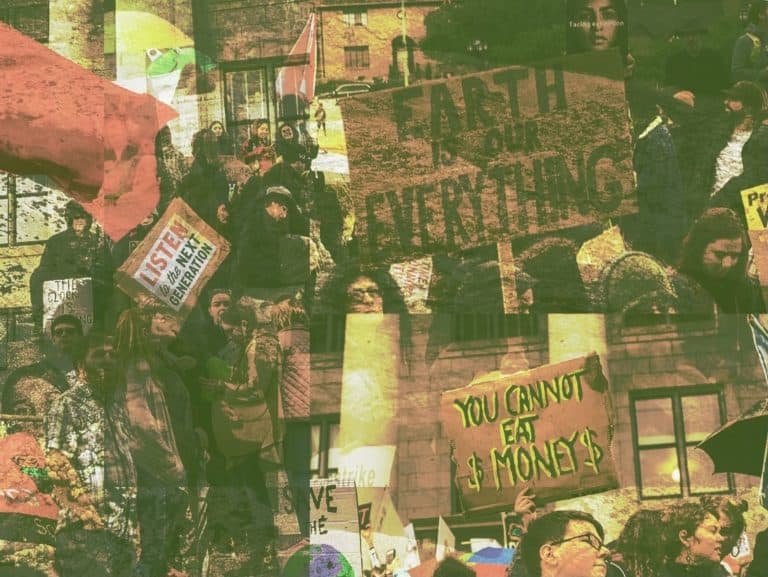 The Psychopathy of Capitalism

“A company doesn’t need to make higher and higher profits. A steady profit leading to steady dividends is totally fine, you are just no longer considered a growth stock and so stock price won’t skyrocket. Since more and more stock market speculation is looking for this skyrocketing ‘growth,’ it drives this expectation. Also this is because capitalism now considers shareholders as its only relevant stakeholder. The community, the workers, partner companies and even consumers are not important stakeholders, so it drives this absurdity”

The psychopathy of capitalism leads to externalities. Externalities are things not important enough to be considered economically when determining profits, growth, etc. At least, that’s how it works under capitalism.

Capitalist economies dump every impact into an externality to preserve the appearance of profit. From “Economics Help”

“One way to evaluate the performance of an economic system is to look at the ratio of well-being to illth it produces. This is akin to the way engineers measure the efficiency of an engine: for every unit of energy an engine consumes, it performs some useful work and wastes some heat. The higher the ratio of work to wasted heat, the greater the engine’s efficiency.

Mainstream economists, alas, don’t measure the performance of our economy this way; their excuse is that externalities are difficult to quantify. They assume — because it’s convenient rather than because it’s true — that externalities are extremely low and can therefore be ignored. They imagine, in other words, an economic engine that runs near 100 percent efficiency in generating positive benefits.”

Via “On The Commons”

Externalities include climatological destruction; pollution, water usage, impacts to biodiversity, human dignity, and so on. We are in a mass extinction event, one caused by human activity under capitalism, and capitalism doesn’t even consider the 150 or so species going extinct per day as a “debt” or “cost” that needs to be accounted when calculating economic performance, ultimately profit.

Such a rapid and permanent loss can be hard to fathom, but putting into context has already been done through scientific analysis-

“The rapid loss of species we are seeing today is estimated by experts to be between 1,000 and 10,000 times higher than the natural extinction rate.”

The psychopathy of capitalism is that the rights to the means of production and the benefits of that ownership go to a parasitic class of inordinately wealthy living dragons in human skin. In plainer terms, infrastructure such as water and land get commodified, enabling the benefits of usage and extraction to go into private hands, while the deficits caused – poisoned water, ravaged land – are felt by the disproportionately black and brown, poverty-inflicted working class. The “rights” are separated from the “responsibilities” on an illogical and systemic level.

Water and land can be privately extracted, human life and time can be commodified, and all the benefits of these rights to exploitation go to the parasitic capitalist class – the billionaires and their lackeys. Yet, the real and impactful responsibilities that come from that exploitation – broken communities, terrible utility infrastructure, starvation, homelessness, lack of medicine or real healthcare, mental illness, mass violence, et al. – are mystically, through the “invisible hand of the free market” and its ideological interventions (read: propaganda forced into the mind of every worker), solely owned by the working class, which has no rights to the rewards and wealth generated from its own exploitation.

Furthermore, the primary measurement of the well-being of capitalist economies, known as Gross Domestic Product (GDP), has been shown to be a failed metric. To be clear, it is effective at measuring profit and wealth generated, but it overlooks the things that matter: life, liberty, and the pursuit of happiness.

“Even if we act to erase material poverty, there is another greater task, it is to confront the poverty of satisfaction – purpose and dignity – that afflicts us all.

Too much and for too long, we seemed to have surrendered personal excellence and community values in the mere accumulation of material things. Our Gross National Product, now, is over $800 billion dollars a year, but that Gross National Product – if we judge the United States of America by that – that Gross National Product counts air pollution and cigarette advertising, and ambulances to clear our highways of carnage. It counts special locks for our doors and the jails for the people who break them. It counts the destruction of the redwood and the loss of our natural wonder in chaotic sprawl. It counts napalm and counts nuclear warheads and armored cars for the police to fight the riots in our cities. It counts  Whitman’s rifle and  Speck‘s knife, and the television programs which glorify violence to sell toys to our children.

Yet the gross national product does not allow for the health of our children, the quality of their education or the joy of their play. It does not include the beauty of our poetry or the strength of our marriages, the intelligence of our public debate or the integrity of our public officials. It measures neither our wit nor our courage, neither our wisdom nor our learning, neither our compassion nor our devotion to our country, it measures everything in short, except that which makes life worthwhile. And it can tell us everything about America except why we are proud that we are Americans”

Looking at the official data, if the USA 2020 GDP was spread equally to every resident of the USA, we would have all received $252,666 in income. All of us. Man, woman, person, child, of all ages, all statuses, and all work schedules. Of course, under capitalism, nearly all that value generated went to the parasitic capitalist class.

Capitalism is killing humanity and the Earth. The best hope for breaking this power lies in the working class reclaiming its collective sovereignty.

“We live in capitalism, its power seems inescapable — but then, so did the divine right of kings. Any human power can be resisted and changed by human beings. Resistance and change often begin in art. Very often in our art, the art of words.”

The recent panics about worker shortages are further proof of the power of strikes and unionization.

“…counterintuitive reports about employers not able to find the workers they need really captured the public’s imagination. But a look under the hood reveals that beyond the anecdotes there is little evidence of a real shortage.”

Breaking the power of capitalism will require a revolution. The thing is, proletarian revolution isn’t just an armed uprising – well, it doesn’t have to be. Even if it were, an armed uprising alone could never do it. Coordinated strikes and worker stoppages have the power to force the capitalist class to submit, effectively being the best chance at non-violent revolution.

The revolution is creating alternate power structures, alternative community supports and infrastructure so we can look after each other and limit our own interactions within the capitalist system at the same time.

“In our glorious fight for civil rights, we must guard against being fooled by false slogans, such as ‘right-to-work.’ It provides no ‘rights’ and no ‘works.’ Its purpose is to destroy labor unions and the freedom of collective bargaining…. We demand this fraud be stopped.”

A coordinated effort to use community gardens and farms to feed ourselves and our neighbors is nothing short of revolutionary. Combined with organizing together in our workplaces and neighborhoods, through informal or formal workplace and tenants’ unions, we can not only feed ourselves, but also ensure all of us stay housed and able to work. Further combining the above with direct and mutual aid projects and community education, and you almost have the system beat. The last major step is community armament and weapons training, for self defense. Once we can independently feed, house, employ, protect, and educate one another, the system becomes obsolete.

Once we’ve built this secondary power structure, the dominant one will be inherently forced to bend or die. This dual power will afford the working class, and therefore humanity, the chance to win a future for all life on this planet from the capitalist regime. Right now, we have no chance. Building what we’ve discussed, being a form of socialism, is the only way to survive.

Of course, breaking the entire global system of capitalism will take more than a handful a communities breaking free. It will take every single community working with and agitating the others into further self-sufficiency and hostility to capitalism and imperialism. This means we must nurture real solidarity between all the workers of the world.

The capitalist dumping of externalities is oppressing and killing the best of humanity. Our collective soul lies in tatters, blood, and filth. Only together can we restore the soul and potential of humankind.