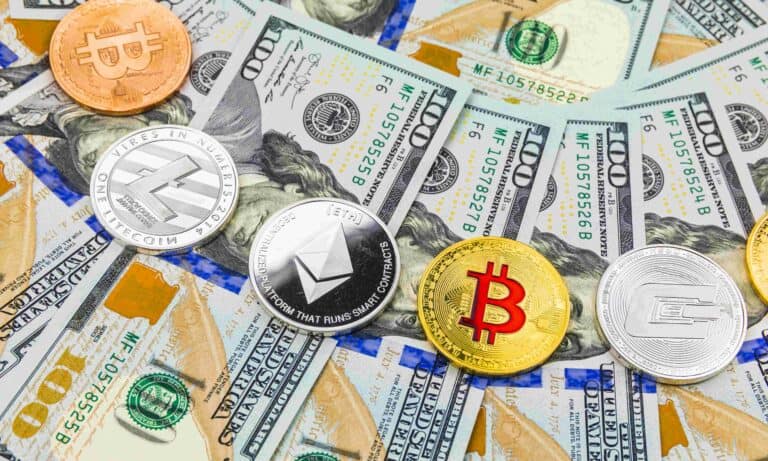 A New path forward for a Flexible Currency

Professor Rohan Grey joined host Steve Grumbine for the 167th episode of Macro N Cheese to discuss his recent ECASH project.  Grey needs no introduction within the MMT community, and readers may know that he has also contributed to some of the most progressive bills to surface in the U.S. legislature in recent years; the Automatic Boost to Communities (ABC) act would utilize platinum coin seigniorage to circumvent the debt ceiling, the STABLE act calls for stable coin issuers to be regulated as shadow banks, and the Public Banking Act lays the framework for federally supported state and local nonprofit banks.

In this episode Grey briefly discusses the history and nature of various money schemes, from tally sticks and various tokens up through phone minutes and cryptocurrencies.  He touches on the social importance of historyless currency, meaning cash or other instruments that do not record transaction history in order to prove their value, it is simply traded between two entities.  As opposed to both centralized and decentralized ledger money, where the value is proven by a transaction history, and every trade between two individuals requires third parties.  He then explains why this bill, the Electronic Currency and Secure Hardware (ECASH) act, is an answer that citizens from diverse political leanings have been searching for.  The ECASH act is not a proposal for a public-purpose version of cryptos as we know them, nor is it a proposal for central bank digital currency (CBDC).  This is a new way of imagining and designing digital money systems.

“To occupy that box of being pro public, pro privacy. And if you have libertarians on one hand being private money and in theory, pro privacy, and then you have something like a CBDC that’s public money, but also isn’t preserving those privacy features of cash. The debate has, I think, stagnated, because the public guys rightly say private money is inferior. It’s risky. It doesn’t have all the benefits of public money. They’re not all MMTers, but they get that basic MMT.
“And then the crypto guys say, well, have you met the state? Have you met the NSA? Do you really want to trust these guys to have all of the data of every transaction you’ve ever done? And that, I think, is also a valid critique. Their solution is wrong, but their diagnosis of the problem isn’t necessarily wrong.”

Recognizing the failures of the existing experiments in cryptocurrency and central bank digital currency (CBDC) does not discount the concepts and technology that enables them.  As activist 1Dime recently stated on another episode of MacroNCheese,

“I tend to separate blockchain from cryptocurrency and from NFTs because there is a lot of potential in what is called blockchain technology.”

These new technologies can certainly be expected to find diverse applications, including in finance, but they are not our only tool.  In recognizing and seeking to progress past the shortcomings of cryptos and CBDCs, we should abandon altogether the idea that digital currency needs to operate on blockchain, or any distributed ledger, at all.

Whether you’re talking about central bank digital currency or the treasury direct system that people like my advisor Bob Hockett proposed, or postal banking or public banking or on the other side of the ideological spectrum, crypto and distributed ledger, blockchain based technologies, they all involve some sort of central ledger, some sort of central record of all of the transactions.

But they all require settlement against that ledger. And even the big central bank digital currency initiative that the Boston Fed has been doing with the MIT Digital Currency Lab has been really exclusively around this ledger technology. And one of the downsides of that is, that you’re still in a system of asking permission to pay.

So, this is an attempt to reestablish token-based, hardware-based, bearer-instrument currency as opposed to account money as an important, distinct phenomenon that cannot be reduced to this ledger debate or account based models and say that we’ve had both. And as we move into a digitally native world, we should keep both functionalities.

In this interview Professor Grey points out the crypto-sanctions taken against the trucker’s Freedom Convoy. One could also look to the investigation and recovery of crypto funds after the cyberattack on the east coast fuel pipeline, or to the outright ban on crypto in some countries, to imagine just how easy it would be for Uncle Sam to put crypto’s bull market in hobbles.  This bill states..

while also providing the type of privacy we associate with cash.

This proposal is a solution to the different problems that both the private and public minded communities supposedly had set out to solve.  It is not a replacement for crypto or CBDC, but a third fintech option.  Nor is it a replacement for tangible cash or old-fashioned bank-ledger money, but a third, interchangeable version of the dollar.

If you have an account ledger and you make transfers, then there’s a record of those transfers on that ledger. It used to belong to this person. Now it belongs to this person, and you can trace that. That’s why it’s easy to trace fraud and theft from your bank account or your credit card. And that’s why, for example, property titles have a continuous chain of possession going back to whenever that private property regime was established.

The currency is different. Currency has no memory by design. It’s unique in this respect relative to other forms of property.

The ownership transfers with the current owner, the current possessor of the money…  And that concept has been expanded out from public currency to private instruments like bank notes and checks, where they are what’s called a bearer instrument, as opposed to a ledger-based obligation.

What the ECASH act is proposing is exactly that.  What Professor Grey describes as

is digital money that behaves like cash. “Token-based” means as opposed to ledger-based (depositing and withdrawing at a bank is a swap between ledger-based and token-based money, even though the units are unchanged). “Hardware-based” is describing software-encrypted coins that can be traded electronically on existing offline-capable hardware.  “Bearer-instrument” means it is historyless, unlike other forms of digital money, and ownership comes simply from possession.  Imagine a new kind of US dollar, digital objects that could be traded across bluetooth or on a closed wireless network, or sent around the world as an attached file on an email, or moved onto a memory card and passed hand to hand.  The ECASH act provides the structure for a digital wallet that could be put inside your physical wallet; for digital money that you can possess, instead of access.

But this is a new intervention. The ACLU has not had a position on money in like 15 years on this stuff, in part because they just didn’t understand a lot of it. And then when we proposed this bill to their senior political strategists and technologists, they said, look, there’s some technical things we want to make sure can work as advertised, but this is the best thing we’ve seen.

Even crypto libertarians at Coin Center and others were saying, Look, I don’t know if we want a government digital currency because, God forbid we support any government thing, but if we were this is the best version we’ve seen…

…And we had groups like ACRE and Demand Progress and Americans for Financial Reform, progressive groups behind this, and it’s a pretty diverse set of interests. Now, whether or not it’s going to be powerful enough, whether or not we can actually help people understand how important this is, remains to be seen.