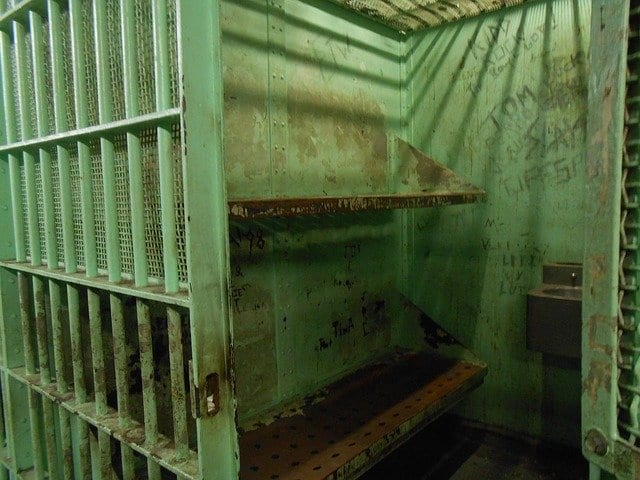 The Penal System and the Pandemic

This article is the first in a series about the COVID-19 pandemic in the U.S. justice system.

Since its arrival in the United States, COVID-19 has been kicking our national buttocks like nobody’s business. The available projections consistently foresee a continued rise in the spread of the virus across the country, and the Centers for Disease Control and Prevention (CDC) has reminded us that the return of the winter flu season can only make the disease more difficult to manage.

While the particularities of our inhumane economic structure merit their own conversation –heck, UnitedHealth Group just reported their most profitable quarter ever just as 5.4 million adults lost their health insurance coverage — I want to focus today’s conversation on a demographic that has largely been left under the radar: those held under state custody inside our over 7,000 jails and prisons.

Don’t leave just yet. Just hear me out a bit.

That doesn’t make sense at any level. It’s actually got more to do with our tough-on-crime attitude incarcerating people in numbers that would be inconceivable by the standards of  every other nation, an attitude fueled by an anti-crime craze going all the way back to the Richard Nixon years and exacerbated by the rise of the cash cow that is our prison-industrial complex.

The way things are now, more than 2.3 million people are under some form of incarceration. And that’s without even counting the additional 4.5 million, give or take, under parole or probation.

And then we have the racial aspect of this whole catastrophe, with our prison population being about 33% African American and 23% Latinx, even though these groups make up about 12% each of the national population, and only 30% white, way short of the 64% that whites represent of our populace. These disparities can be attributed to good old racist policing, with people of color being arrested much more often than whites for the exact same crimes, as well as a classist agenda aggressively cracking down on lawbreaking by poor people, who themselves are overwhelmingly people of color, while looking the other way when the (mostly white) rich commit crimes of their own, even though the latter impact our country much more significantly than the former.

There are other factors to keep in mind like all the wrongful or otherwise unjust convictions we see every day, draconian punishments such as life without parole for selling weed, or how the prison system has literally been used to warehouse people with mental illness since our healthcare system can’t be bothered to actually work, but the TL;DR is that incarceration is a tool that the powerful wield for the purpose of the social and economic control of the masses.

So, all things considered, I find it safe to claim that the way incarceration is being run in our turf is sketchy at best, and the people our government has locked up probably deserve some slack if not outright compassion, especially with the coronavirus shattering the facade of righteousness shrouding so many other social institutions. Turns out, maybe we also misjudged the morality of our incarceration machine. Go figure.

And now, on top of all that, a new plague has befallen us. I won’t get into too much detail about the public reaction to the pandemic, but surely you’ve seen much of it expressed by an assortment of Karens, conspiracists, and white supremacists loudly demanding that their right to keep infections rising be respected. So, if it is so difficult for the general public to keep it together as soon as minimal restrictions are set in place, I want you to take a minute to imagine the level of fear that must be spreading within the total institution that is our justice system, so overcrowded that something so seemingly simple to us in the outside as social distancing is virtually impossible to achieve in there.

Plus, because prisons don’t exist in some alternate dimension, so long as the disease persists within them, it’ll continue spreading onto the outside world, especially since there’s no guarantee that people who already got the virus can’t get it again. This raises the possibility of a vicious cycle of people getting sick on the outside and infecting those in the inside and vice versa, without an end in sight.

Compounding this gargantuan mess is the fact that our prison population is getting older and older. According to the Pew Charitable Trusts, from 1999 to 2016, the number of prisoners 55 years of age and older rose from 3% of the total prison population to 11%. And, while state participation in this study varied, all states that provided information saw some increase in their share of older inmates. All this matters because, as is the case with any disease, older people are a high-risk category when it comes to COVID-19 prognoses.

I’ll note, however, there’s a bit of a disconnect here because the stats I have provided — the ones I could find without having to personally crunch the numbers for the federal and all fifty state governments myself — set the line at 55, whereas the CDC has distinctly focused on those who are 65 and older. To this I say, it’s not like COVID-19 is going to ask for people’s IDs as it infects them. Remember, age is meant to serve as an indicator of bodily health, with older people, on average, being less resilient than younger folks.

Other factors play a role when it comes to bodily health, especially the amount of stress that a person is put through and at what frequency. The literature actually indicates that prison life makes people age faster than their peers on the outside. This bit of info is crucial when attempting to translate the risk of the virus, of which the discourse revolves exclusively on how it affects the general public, to those under some form of incarceration. So, Imma just go and state that being in prison almost certainly lowers the age threshold that we see in regular coverage of the pandemic.

I’m unaware of any studies critically looking at the ages of prisoners who have suffered from COVID-19 specifically, but I expect we’ll see more of this in due time and, whenever that occurs, I’ll be sure to let y’all know.

Adding to all of this are the repulsive levels of filth plaguing our confinement institutions. And that’s not a figure of speech; these places are horribly kept. I’m talking broken or missing sinks and toilets, and bathrooms with no soap or paper towels. Hand sanitizer is often banned due to its alcohol content. There have been reports of freaking mold growing off the walls. And to top it all off, an emphasis on fiscal conservatism has resulted in inmates being underfed, and outsourcing of food supplies to private corporations has led to rotten meals, meals that had been nibbled on by rats, and even some instances of maggots in the food. Couple this with a medical system that’s often delayed or simply nonexistent and, boom: the perfect storm. Needless to say, this b.s. ain’t helping strengthen the immune systems of those held captive by the state.

This is the tragedy behind bars today. There’s still a lot to cover, but it bears repeating that, as bad as things are for the majority of people in the U.S., conditions within our carceral institutions are exponentially worse. The long-established characteristics of our penal system have led to this horrifying outcome, a direct result of our fetishization of mass incarceration, the defunding and privatization of the justice system, and the socioeconomic stratification that has so deeply defined our country’s history. What’s transpiring in our jails and prisons is nothing short of a human rights crisis, and it must be addressed as such. We must push our nation to confront its own practices, visions, and priorities if this system is ever to improve.

While I have no defined solutions at the moment, I urge you to ponder on this matter and see how desperately we need to shift course toward one that uplifts the humanity of our prisoners. Otherwise, whatever moral claim we profess to have is nothing but a farce.