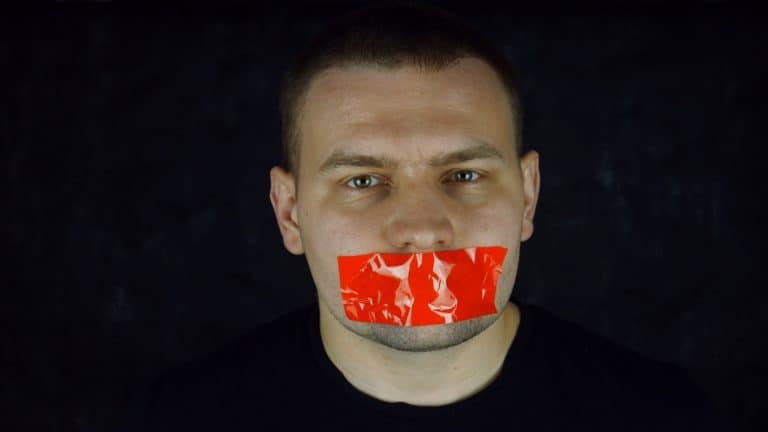 A Timeline of Censorship This Millenium

Let’s start with a word on (almost) everyone’s minds these days: censorship. Given waves of user purges on social media are finally high-profile news, “censorship” has been injected at the forefront of mainstream thought narratives. At least, that is, for now. But what about the storied history of censorship?

Of course, there’s the destruction of the Library of Alexandria and, much more recently, Nazi book burnings. Those, however, aren’t what we’re talking about today. Let’s fast forward to the current century. The 21st century is digital, and the technology gains of the 20th century have culminated in a relatively free, free-for-all of information known as the “information age”.

The unfiltered internet is our modern Library of Alexandria. Like all libraries, it’s a treasure trove of knowledge and thought. Of course, like a real library, there are some “books” that push bad theories, old science, and ideologies of hatred. But, should we burn everything for those outliers?

What you see here is an image of likely-teen-aged Nazis burning anything that challenged the Nazi establishment. The Nazi Book Burnings are rightfully infamous. And, no, not everything bad is the holocaust, and plenty of Jews and Jewish activists (as well as right-wing think tanks, educational facilities, journalists, and others) have asked society-at-large to stop using the Holocaust as an allegory.

I’m not directly referring to the Holocaust here, rather the crime of destroying information and censoring alternative thought and the fact that, in the case of the Nazis, it preceded atrocious crimes like genocide.

According to the U.S. Holocaust Memorial Museum, the Nazi book burnings were: “Beginning on May 10, 1933, Nazi-dominated student groups carried out public burnings of books they claimed were “un-German.” The book burnings took place in 34 university towns and cities. Works of prominent Jewish, liberal, and leftist writers ended up in the bonfires. The book burnings stood as a powerful symbol of Nazi intolerance and censorship.”

Burning books was a crime that served to entrench the establishment of Hitler’s Germany and control the narrative.

Back to the present, shall we? We have a modern-day Library of Alexandria, and it is burning. It’s a targeted burn, much like the 20th-century crimes we’ve discussed. Eventually, the fire will consume it all, and we’ll be on the precipice of no return. Allow me to demonstrate.

Starting with George W. Bush’s administration, censorship was ramped up in the form of forbidding embedded military press corps from including any form of location information in their reports. President Bush and his administration also led a concerted effort to censor the reality of the climate emergency, through suppressing climate studies. In fact, “nearly half of 1,600 government scientists at seven agencies ranging from NASA to the EPA had been warned against using terms like ‘global warming’ in reports or speeches, throughout Bush’s eight-year presidency”, according to The Guardian’s reporting.

Here’s a chart from Reporters Without Borders detailing press freedom in the United States from 2002-2016:

As you can see, in the first two of Obama’s years, press freedom improved from the Bush years, but once President Obama was comfortably in office, lack of press freedoms spiked again, which leads us into the next decade.

President Obama was ruthless in tamping down on press freedoms and the first amendment. In June 2013, former CIA, then NSA analyst Edward Snowden went to China and did a series of interviews with reporters of The Guardian, revealing sweeping surveillance being done by the U.S. government. Obama-era Justice Department officials requested that Hong Kong extradite Snowden. They refused. Known to most, Snowden prompted widespread national security and personal privacy discussion. Whether ‘traitor’, ‘hero’, ‘dissident”, or “whistleblower”, the term you refer to Snowden reveals who you align with. We could talk for hours about Snowden and his story. There was a documentary made about him in 2014, which will have to take that place for the purposes of this conversation. What is relevant here is that Edward Snowden partnered with WikiLeaks and what that led to.

In June 2013, Edward Snowden was charged under two counts by officials at the highest levels of the Obama Justice Department using the 1917 Espionage Act, and his U.S. Passport was later revoked.

In 2010, Wikileaks, founded in 2006 by Australian citizen Julian Assange, leaked a series of U.S. Military documents sourced by Chelsea Manning. After those substantive leaks, the U.S. government launched an investigation into Assange. Later, the Swedish government filed for the extradition of Assange. Assange failed in his legal battle against extradition. This eventually led to him taking refuge in London‘s Ecuadorian embassy in 2012. In 2016, WikiLeaks was responsible for the leaking of confidential DNC emails that proved, among other things, the party unfairly favored Hillary Clinton over Bernie Sanders. In other words, the DNC undermined the United States of America’s brand of democracy in 2016. Without the heroic work of Assange and his organization (WikiLeaks), we would be in the dark about this.

In 2019, the U.S. government revealed that they were charging Assange in connection to his work with Chelsea Manning. Editors from the Washington Post and the New York Times, as well as press freedom organizations, blasted the government for doing this. Assange was, and is, incarcerated in HM Prison Belfast.

In 2020, Sarah Palin out-lefted the “progressive” champions known as “The Squad”, by calling for Assange’s pardon and freedom, despite his organization’s leaks directly affecting her. Leading up to this were several years of activists calling for Assange’s freedom. Even with those years of passionate activism, The Squad and even progressive harbinger Bernie Sanders have remained silent on Assange.

In 2021, Jimmy Dore, controversial podcaster and comedian, (as well as others) joined an 11th-hour campaign to get Trump to pardon Assange, which would’ve ended this particular assault on the first amendment and Assange’s life.  Unfortunately, it didn’t work and the assault is very much alive. Given that the Obama/Biden administration was responsible for the initiation of this attack, Biden/Harris certainly won’t end it.

Roughly two days after the events at the Capitol on January 6, 2021, then-President Trump was permanently-banned from Twitter and myriad other platforms. Known for working his base and the government through his account, this instantly became main page news. Even though he’s no longer in office, Twitch is maintaining Trump’s ban “indefinitely”. Other social media may follow suit in effectively permanently silencing Citizen Trump. As I wrote in the Salt Lake Tribune and my political campaign’s page, these bans set a dangerous precedent.

In 2020, the USA ranked 45th in the world for press freedom. Maybe this abbreviated history will help show you “why”.

Like it or not, social media is our town square now. The brief history of censorship legal battles and the clear power of unaccountable multi-billionaires and tech CEOs like Mark Zuckerberg and Jack Dorsey to not only silence us but also actively shape acceptable discourse, should frighten you. It definitely frightens me.

Not only are social media and the internet at-large critical communications infrastructure, they should also be treated as such. This brings us to another fight we’ve currently lost, net neutrality.

“Net Neutrality” is a concept that says internet carriers and providers must treat all content equally, without overtly or covertly prioritizing some content over others, whether through slowing down certain content and speeding up other content or other, more nasty tricks.

As I said earlier, our Library of Alexandria is burning. Soon, only establishment narratives will remain accessible, the rest lost in digital ashes. We need to actively push back on all tactics used by corporations and the government to control the flow of information and censor us and our minds. Net neutrality would be like a squad of fire trucks and ending the prosecution of people like Assange, now and in the future, would be a first step to restoring the works already lost. The other solution is more speech. But we need the first two for that to matter long-term.

Remember what Benito Mussolini, the father of fascism, said about the definition of fascism? I do.

“Fascism should more properly be called corporatism, since it is the merger of state and corporate power.”

Hitler’s brand of fascism added Christianity to the mix, often using invocations of God and “providence”, in addition to allying with the big Christian churches across Europe. The US is a ”Christian nation” or so we say. Every President since probably FDR increased the level of corporatism in our government, and FDR was an anomaly, an outlier, pushed to institute programs like the New Deal by communists, trade unionists, and socialists. My point here is that neoliberalism is fascism, meaning the USA is and has been fascist, even and especially with the corporate whores of the Biden/Harris administration at the helm.

We drown out ideologies of hate in much the same way as we fix the burning of the net: by solving the material conditions that make them appealing, like economic inequality and the lack of a social safety net, and adding more speech to the mix. Whether or not Congress and the executive branch like it, the first amendment is for everyone, including, and especially those who dissent.