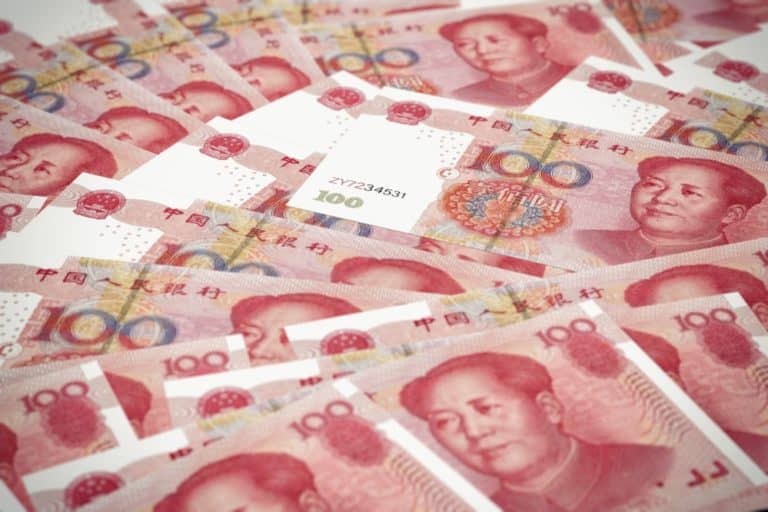 Who’s Afraid of the Digital Yuan

A transformation of enormous global significance has just begun, and the world will never be the same – digital currencies. The digital yuan is here for good, and more will follow.

Unlike Bitcoin or any of that other ponzi-esque, asset-bubble nonsense, these new cryptocurrencies will be backed by sovereign governments that can never face involuntary bankruptcy, with their demand driven by taxation, just like the American dollar is currently. Unfortunately, again unlike existing cryptocurrencies, the digital yuan will not be based on distributed ledger technologies (decentralized data – e.g., Blockchain, Tangle, Hashgraph, Holochain). Information is still scant, but it appears the data will be centralized and that the People’s Bank of China will have extensive visibility of transactions. What remains to be seen is, when the digital U.S. dollar is inevitably born, whose wellbeing and power will it serve?

Since the end of WWII, the United States has worked hard, and often not very nicely, to create and maintain a world where our dollar is heavily dominant as both the primary and intermediary unit for international trade, with about 88% of cross-border currency trades using the U.S. dollar on one side as of 2019. The Society for Worldwide Interbank Financial Transactions, commonly referred to as SWIFT, was created in 1973 and is currently the number one organization for international currency exchanges, just like the name says. It is based in Belgium but is widely known to be under the authority of U.S. political and F.I.R.E. sector corruption. This system allows us to monitor, as well as control with sanctions (as we are presently doing thousands of times over), financial transactions all around the world. It is just a secure messaging system into which roughly 11,000 banks and related institutions have opted. There are others too – CHIPS in the United States and CIPS in China, for example – and all of them could soon be history. Digital currencies that provide a new and secure means for international transactions could eliminate the United States’ ability to impose its murderous will. It is no wonder, then, that war games were held at Harvard University’s Kennedy School of Government in 2019, under the ridiculous premise that North Korea had used the digital yuan to avoid our sanctions and build a bomb that could reach Guam and Japan. There among the war planners, sat former Treasury secretary Larry Summers. The Devil himself could not explain it any better (Larry’s words are quoted through the article):

“Fundamentally, our ability to sanction North Korea in a devastating way, depends upon Chinese cooperation. If goods can be imported into China and taken across the border from China to North Korea, North Korea has a lifeline. That was true before the digital Yuan was invented, and that is true now, in the presence of the digital yuan.”

“We will not successfully starve North Korea economically without the cooperation of China, and certainly not if it is their objective to see us fail in that objective; and it is that central reality that needs to shape our response in designing a sanctions regime.”

“Starvation” for North Korea’s 25 million citizens, he says with a smile. Peace for Korea was certainly never our goal without the digital Yuan, and of course it will not be our goal with it either. Larry understands that these games are not about North Korea at all. Our leaders have never been worried about them building atomic weapons – we have thousands of them, enough to vaporize the entire peninsula (and anti-missile defenses to counter the other superpowers). The Korea situation has only ever been about China, and China has only ever been about the U.S. maintaining its stranglehold on all the world’s economies. If the U.S. cared about Koreans, we would not have ended WWII by having the OSS (pre-CIA) install the same fascist collaborators that had worked with the Japanese occupiers not just during the war, but since Japan claimed Korea as a colony in 1910. This egregious behavior brought about the Korean War in the first place, during which we proceeded to bomb an estimated 85% of the North’s buildings, including (illegally) dams and other core civilian infrastructure, killing more Koreans in just those three years (3-4 million, up to 70% civilian, about 20-25% of their total population) than there have been Americans killed in all our wars and conflicts combined (about 1.4 million). The US used research and scientists captured from Japan’s horrendous Unit 731 to commit experimental biological war crimes. Not much has changed – the Korean War never officially ended, and this is still about Chinese versus American control of the Indo-Pacific economies. This is not about Korea weaponizing the atom, this is about China de-weaponizing our dollar.

When you look at existing physical bills, they have built-in technologies that prevent counterfeiting, plus a unique serial number. Think of digital dollars the same way, as technology that could allow counterfeit-proof digital objects to be handled like tangible cash is currently, exchangeable in person without an internet connection with software wallets that could exist anywhere that data can be stored, from the cloud to a thumb drive. The ramifications will be significant, as money could then also be sent around the world as an attachment on an email or text message, independent of a bank or other intermediary. As it is today, money is not sent anywhere, only messages are sent, between member banks, directing which accounts to debit and which to credit (recall SWIFT). With these new systems it will not be messages between institutions, but instead data objects exchanged directly between entities, that is, actual digital money being sent, not instructions about accounts being sent.

Larry’s bipartisan mix of bloodthirsty, Ivy League colleagues mistakenly thought we should approach this as a digital currency arms race, which the former Treasury secretary points out is unrealistic. The sun is setting on 20th century U.S. dollar dominance, and we will not move it backwards.

“…respectfully, I don’t think it matters one whit just what the Chinese government can see of any kind of yuan system, anything that has to do with the yuans, the Chinese government are going to see plenty, easily. The Threat, I mean the challenge here, is that we have had, what if you step back from the point of view of the world, is a kind of remarkable power. Which is that if somebody in Vietnam wants to pay someone in Laos, and we’re, no one American is within ten thousand miles of the thing, we somehow had an ability to get involved and disrupt that, and we are in danger of losing that. By the way, if we have our own digital yuan that won’t do anything, digital dollar, digital anything, Venmo, national Venmo, whatever the hell it is, it will do NOTHING, to interfere one whit, with the ability of others. So, we have a choice, we can, and I yield to my national security colleagues here, we can try to apply such severe threats to the Chinese that they’re not going to try to establish some kind of Venmo that will enable people in Asia to trade with each other, we can try that. I suspect we’d have to bring enormous coercive pressure to get them to accept that. That it would be a huge loss of face for them if they did accept it and that the risk of being that confrontational with them would surely destroy any chance that they would cooperate with us on North Korea and quite likely would set us irrevocably on the path … towards an entirely splintered world.”

“Severe threats” and “coercive pressure” from the “National security” apparatus. Are you all ready to start World War III to prevent people on the other side of Earth from trading freely?