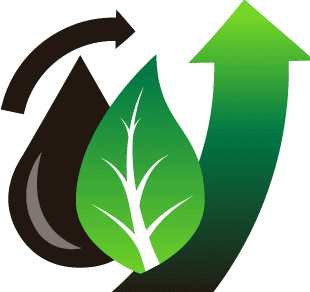 America has been suffering under the weight of neoliberalism and neo-conservatism for over 30 years. In this time, wealth inequality has increased dramatically, the prison system has become overloaded, and poverty has become a larger problem than it should in a nation as rich as ours. We cannot continue this path and expect the world to become a better place for our children. It is for this reason that we should consider solving the ills of our country with the prescription known as the Green New Deal.

The Green New Deal addresses four main pillars of change that need to be implemented in order to rectify the injustices of our current system. The pillars are economic change, environmental change, financial change, and changes that will restore our democracy. The pillars are the basis of setting us back on the path to prosperity.

The first pillar is economic change. This intervention will help Americans in the way most understand: their pockets. It will push for a full employment program that many economists agree will strengthen the economy. Strengthening the bargaining power of unions is another method that the Green New Deal believes will help workers economically. Medicare for All is another goal that will reduce health costs for Americans and allow them to keep more money in their pockets. Creating public banking will help Americans financially avoid the fees that private banks charge to receive higher profits. Another important intervention is making it possible to get a college degree from a public school tuition-free. Following these will help Americans to decrease the gap between the elites and everyone else.

Robin Hood Tax USA
Isn’t it time to pass Medicare for All and let people have control of their health care decisions pic.twitter.com/vLR8kvjycK

The second pillar is transforming our economy from one that hurts the environment into one that helps save it. One way to help accomplish this is providing grants and loans to green businesses. Also, the jobs guarantee that helps economically can be used to help provide workers for green jobs. Providing funding for more green research will also help transition from hurting our environment with industry to helping it.

The third pillar is based on financial reform. For too long, Wall Street has held our economy in a death grip. One way to reduce that is to work to break up the oligopoly known the big banks and end financial bailouts for Wall Street instead of Main Street. A 21st Century Glass Steagall Act that ends the unholy combination of investment and personal banking in one corporation along with regulating risky derivatives is another way to reduce the financial burden on our economy. Lastly, creating public banking using ideas like post office banking will allow us to lessen the effect of the financial markets on our economy.

The last (and most important) pillar of the Green New Deal’s prescription to help Americans is a commitment to restoring democracy to America to replace the plutocracy that the current system uses to enslave us. Reversing the Citizens United ruling by ending the idea of corporate personhood is an important step in that direction. Ensuring that the franchise is constitutionally protected by an amendment is another vital step. Enacting a Corporation for Economic Democracy that will provide education, grants, and training to provide more a more participatory experience for Americans is also necessary. Ending spying on the American public by repealing the Patriot Act and the actions of the NSA will make Americans feel more secure about voicing their opinions on our democracy. Finally, reducing the impact that our military has nationwide and worldwide will create an environment in which democracy is shown as an American ideal.

Our poll shows 73% of Americans have an unfavorable opinion of #CitizensUnited. RT to spread the good news! pic.twitter.com/JuU1GgxqEa

We know that getting all of these bills and programs enacted will not be easy. There will be opposition from all sides that benefit from the current system. It is up to us to be firm in our convictions and work as hard as possible to make this prescription that benefits all Americans to become a reality.