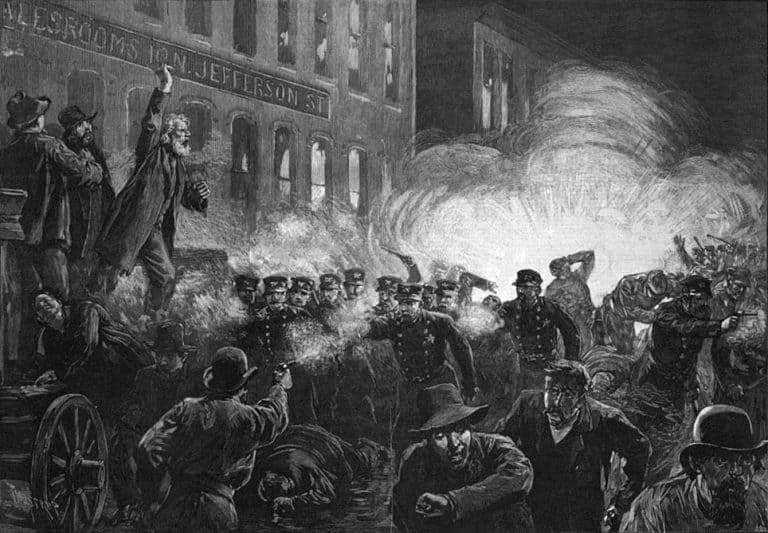 Labor Day is yet another in a line of holidays paid for with blood of the working class co-opted by corporatism to celebrate mindless consumerism. It’s hard to believe that there was an era when children slaved in coal mines, amidst the black lung dust, and textile mills where their small size and quickness allowed them to change thread spools in heavy machinery, at the cost of a finger, hand, or some other disability.

That was the price of the post-reconstruction industrial economy. Any gilded age corporatist would happily tell you so. It was a tragedy, for sure, but those kids would starve to death (their parents too) if it wasn’t for the egalitarianism of the lords of industry. The hoi polloi don’t know how good they have it, they’d think to themselves over a bone china cup of coffee served on a silver platter in their Hearst-style manor. It’s always by the grace of their erstwhile generosity, you see, that the world does not slide into an abyss of poverty and chaos.

Meanwhile, on the streets, the police and hired thugs were spilling the blood of people who wanted nothing more than a fair wage and some time to spend with their families. If the police weren’t involved directly in the violence, they were just as likely to turn a blind eye to baseball bats and crowbars swung high and wide to break strikes and demonstrations. During the gilded age the word ‘Union’ was only whispered in dark corners by people labeled communist and anarchist.

On May 4th, 1886, a crowd was gathered in Haymarket square in Chicago to protest the deaths of several workers at the hands of police. The killings were a result of a prolonged strike for an eight-hour work day. Then, ironically just as now, police were allowed to kill with impunity with only the slightest of fabricated justification. On this day, however, an anarchist struck back. A stick of dynamite was lit and thrown at a police officer and a riot ensued. When the smoke cleared and the gunfire ceased, seven police officers were dead and at least four civilians. Violence begat violence, and in the resulting manhunt for the perpetrator of the bombing eight people, purportedly all anarchists, were arrested.

Of those eight, seven were sentenced to hang and one to a term of 15 years for conspiracy even though none actually threw the bomb. Of those seven, one committed suicide and four met the gallows on November 11, 1887. The remaining defendants were pardoned by the governor in 1893 after criticizing the farce of their trial.

In my cursory research, I found no mention, of course, of any consequences for the police who killed the protestors that inspired the violence to begin with. Then, as now, authoritarianism accepts no bounds on its power without consequence.

The site of the riot has since been designated a Chicago landmark with a public sculpture no doubt passed mindlessly by masses every day without noting its true significance. A monument, marking graves of the martyrs, was made a national historic landmark as well in 1997. All largely consigned to the dusty pages of unread history.

As we struggle, again, for the dignity of a living wage and strive to swing the pendulum of power back toward the people it is instrumental that we recognize the sacrifices that came before. It is of the utmost importance that we fully realize that power never cedes anything without a significant struggle; and that we move on from the violent retribution of the past toward a nonviolent revolution for the people.