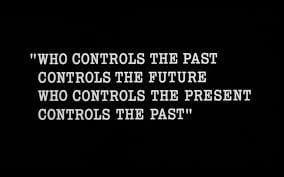 We live in turbulent times mired in the problems of perpetual war and insecurity. The Internet has brought to light the caustic tales of oppression, propaganda, and rebellion. Peace has become the outlier. In a time where unprecedented scientific discoveries and efficiency have ruled the day, the people have become less free, more fearful and ultimately disposable. Our world has become a dystopian, inverted, totalitarian state. We have become the batteries in the Matrix, the fodder for the war machine.

The masses love their chains.

They see the story unfold. They see the lies. They see and identify the propaganda. Alas, they know the truth but allow themselves to play the game as if the theater is earnest and true. They know they are propagating lies, yet continue to beat the drum. They allow themselves to be sucked back into a zombie state that serves no one. It is simply a means of distraction. Politics is largely choreographed and fraudulent. A shiny object to distract from the pillaging our corporate overlords have embarked upon.

Yet the machine keeps churning.

The pull is too great to resist. Like a giant magnet… a black hole… a vortex…The voices keep telling you to go back to sleep. Pulling you in deeper into the fold of lies. The cost of being awake  is too great. Go back to sleep little ones… Remember baseball, apple pie and the red, white and blue. Remember how important it is to fight that boogeyman over there. Remember how important it is to beat the party drum. To do as the party says. To follow the lead of the party. To be unquestioning in your allegiance. To presume the world is truly Boolean and the choices are as finite as 1 and 0. They convince you every idea and concept is purely an OR gate. That there is no AND gates and that it is always “us against them”.

And you force yourself to believe… even test drive the propaganda. See how it feels on your lips. Look in the mirror to see how you look parroting the party line. To find yourself overmatched by the enemy is an understatement and since you feel helpless, you can convince yourself that you are succumbing to the inevitable on your own terms. You are an early adopter of propaganda. You know that the only time to stick your neck out on the line is after you have been given the talking points from the party. You know that you must go along to get along because once you question anything… the whole house of cards collapses. Then you are left to your own devices as one of the proles. On the outside looking in. A creature of the wilderness… Woke… but alone. At their mercy.

Leni Riefenstahl would be in awe of the propaganda machine we see today. A global neural network with the capability to blast the subterfuge to the furthest reaches of the globe with little to no effort. The click of a mouse… to rewrite the past… to obfuscate the present… to blind you to the future.

In George Orwell’s masterpiece, ‘1984‘, party boss O’Brien has this exchange with Winston, a man much like you and I trying to retain his dignity and truth against incredible odds:

“Reality exists in the human mind, and nowhere else. Not in the individual mind, which can make mistakes, and in any case soon perishes: only in the mind of the Party, which is collective and immortal. Whatever the Party holds to be the truth, is truth. It is impossible to see reality except by looking through the eyes of the Party. That is the fact that you have got to relearn, Winston. It needs an act of self-destruction, an effort of the will. You must humble yourself before you can become sane.’

He paused for a few moments, as though to allow what he had been saying to sink in.

‘Do you remember,’ he went on, ‘writing in your diary, “Freedom is the freedom to say that two plus two make four”?’

O’Brien held up his left hand, its back towards Winston, with the thumb hidden and the four fingers extended.

‘How many fingers am I holding up, Winston?’

‘And if the party says that it is not four but five — then how many?’

The word ended in a gasp of pain. The needle of the dial had shot up to fifty-five. The sweat had sprung out all over Winston’s body. The air tore into his lungs and issued again in deep groans which even by clenching his teeth he could not stop. O’Brien watched him, the four fingers still extended. He drew back the lever. This time, the pain was only slightly eased.

The needle went up to sixty.

The needle must have risen again, but he did not look at it. The heavy, stern face and the four fingers filled his vision. The fingers stood up before his eyes like pillars, enormous, blurry, and seeming to vibrate, but unmistakably four.

‘No, Winston, that is no use. You are lying. You still think there are four. How many fingers, please?’

‘Four! five! Four! Anything you like. Only stop it, stop the pain!’

Abruptly he was sitting up with O’Brien’s arm round his shoulders. He had perhaps lost consciousness for a few seconds. The bonds that had held his body down were loosened. He felt very cold, he was shaking uncontrollably, his teeth were chattering, the tears were rolling down his cheeks. For a moment he clung to O’Brien like a baby, curiously comforted by the heavy arm round his shoulders. He had the feeling that O’Brien was his protector, that the pain was something that came from outside, from some other source, and that it was O’Brien who would save him from it.

‘You are a slow learner, Winston,’ said O’Brien gently.

Our existence is hanging by a thread and as we watch the multitudes who had a moment of coherence… a moment of clarity, making the decision to reinsert themselves back into the matrix… one must ask…