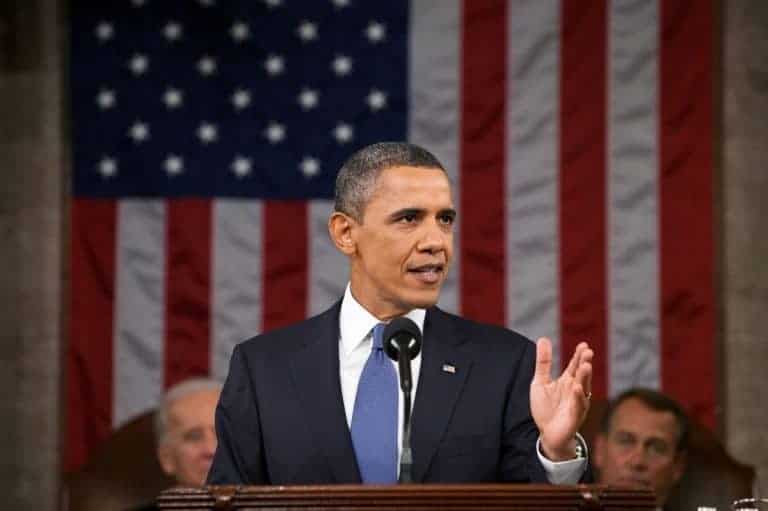 Why We Must Reject Both the Democratic and Republican Parties

I could not have been happier when Obama won the election in 2008. No president in my memory had ever had inspired as much hope as he had. The first African-American to be elected president in a country with a long history of racial injustice ” what was there not to like about him? He was incredibly intelligent, ran on a platform I was enthusiastic about, and he had a fantastic sense of humor, in addition to having an equally smart wife and two gorgeous daughters. I shed tears of joy when he was sworn into office the first time.Then, in 2011, after initially vowing to veto it, Obama signed into law the unconstitutional National Defense Authorization Act (NDAA). The NDAA states that anyone suspected of being associated with “terrorism” (even without evidence) can be arrested without charge and thrown into prison indefinitely, without the right to a trial or an attorney ” denied due process in a court of law. It was at this point that I sadly could no longer vote for him. The 2012 election was the first time since I had turned 18 that I had not voted for president.
As the years passed, I became increasingly disillusioned with Obama’s changes in policy. But I truly liked him as a person, so I had a really hard time wrapping my head around his actions. It was impossible for me to believe that this good man could have turned 180 degrees on so many things I believed he stood for. The man committed to increased transparency in government now presides over the least transparent government in US history; he bailed out Wall Street while millions lost their homes, and not a single banker went to jail. Although I know much of the legislation he wanted to pass was unsuccessful due to a completely ineffective and obstructive do-nothing Congress, there were plenty more things he did without the consent of Congress that I found abhorrent, such as enacting his shameful drone strike program.

I could not comprehend how a man supposedly dedicated to making life better for all Americans was so staunchly working for passage of the Trans-Pacific Partnership (TPP), an investor rights agreement that essentially gives corporations free reign and ensures that the American people will pay for any business losses these multinational corporations sustain due to our inconvenient environmental regulations, among other things. Obama is doing his utmost to sell America down the river. How is this possible?

Although I will most likely be grouped with the tinfoil hat crowd, for the sake of my sanity, I have to believe this was how it went: Just after Obama was sworn in, and he and his family entered the White House for the first time, they took him aside, sat him down and said, “Ok, now that you’re President, this is how it’s going to be” ” And the oligarchs that really run things told him how sad it would be to lose his gorgeous wife and daughters should he make decisions that went against the 1%. Yes, I know it sounds completely insane, but this is what I must believe in order to feel I have not completely misjudged this great man’s character.

Likewise, when I learned about Bernie Sanders’ platform and saw how impassioned he was to ensure all Americans had what the top 1% had been enjoying for decades, I was inspired to put aside my political apathy and got excited to vote again. I was sure he was going to contest the obviously rigged primaries and the corrupt Democratic party that had opposed his candidacy from day one. Then he met with Obama (and who knows how many other top-level officials). All I can say is, the Sanders who went into that meeting was not the same one who came out.

No matter how many times Bernie may say how important it is to vote for Clinton to avoid a Trump presidency, anyone can see his heart isn’t really in it. He’s somehow been made a puppet for the establishment. We will never know what was said in that meeting, but I don’t believe he has endorsed Clinton willingly. Or at least I choose not to believe that. So what to do?

Our Constitution is in tatters and the people have no voice in government any longer because those voices have been drowned out by corporate money. We are being told we need to vote for one of two abhorrent candidates because they are the ones who will dance to the oligarchy’s tune.

Neither establishment party represents the interests of 90% of the population. While we were busy going about our lives, doing whatever we could to keep food on the table and a roof over our heads, corporate interests systematically infiltrated our government and took over.

Most people believe that at least some corruption is inherent in politics; but how widespread it is and how deep it goes has never been quite so obvious as it is now. The veil of illusion is being drawn from our eyes and we are finally beginning to see clearly what the wizard is doing behind the curtain.

The only way out of this mess is to reject the established system and build a new one. That can’t happen if we keep voting for one of the two major parties. They are just two sides of the same coin. The more the people abandon the Democratic and Republican parties and vote for a third party, the more quickly we will begin to turn this sinking ship around.

He is absolutely right. There is one candidate on the ballot who stands for all those things. It’s Jill Stein. It certainly is not Hillary Clinton or Donald Trump, who between them make a mockery of tolerance, democracy, and justice.

We Americans were raised to believe our country was a shining light in the world, an example for other countries to follow ” that we stood for liberty and justice for all, not just for the wealthy elite. It is the dawning realization that this is no longer true (if indeed it ever was) that is making this election in particular so difficult.

We must mourn the loss of innocence that had us believe we lived in the most democratic country on earth. It’s time to move on, to see America clearly for what it is (and what it isn’t), and to know that we are the ones with the power to change it for the better. The only thing not possible is to enact change from within either the Republican or Democratic parties.

So I wish Obama well as he leaves the White House and hope that once he’s out of office he is freer to work toward those things the establishment made it impossible for him to accomplish when he was President. And I’m glad Sanders has left the Democratic party. I imagine he will keep fighting for us as an Independent, as he has done for the past 50 years ” just not from within a corrupt party.

This election is not a horse race. You don’t get points for voting for who you think the winner will be. All your power is in voting for who you believe to be the candidate who best represents your interests, and that candidate is unlikely to be either a Democrat or a Republican. Vote third party. Remember, you only “throw away” your vote if you don’t vote at all.