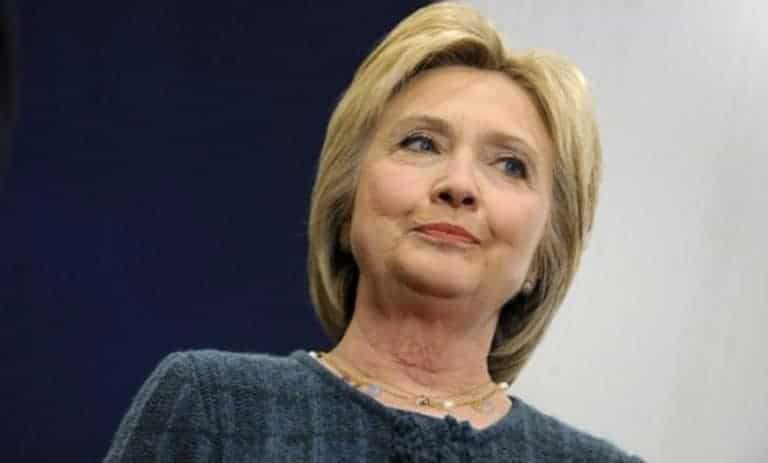 You want to know what keeps me up at night? It isn’t the suicide of Vince Foster or an aneurysm in Hillary’s head; it’s a president ill-suited for the high stakes game of nuclear international foreign relations. Plenty has been said about Drumpf — I want to point out Hillary’s first international policy goal as President. The following was printed by The Telegraph on 07/29/2016:

Hillary Clinton will order a “full review” of the United States’ strategy on Syria as a “first key task” of her presidency, resetting the policy to emphasise the “murderous” nature of the Assad regime, a foreign policy adviser with her campaign has said. Jeremy Bash, who served as chief of staff for the Pentagon and the Central Intelligence Agency, said Mrs. Clinton would both escalate the fight against the Islamic State of Iraq and the Levant, and work to get Bashar al-Assad, the Syrian president, “out of there.”

Current Secretary of State John Kerry has an interesting position on such activity, however. Kerry was recently reported having told a Syrian delegation that there was, in fact, no legal justification for a direct attack on Assad. The question is, does that matter to Hillary?

Hillary has already backed a coup against the democratically elected government of Honduras. She pushed Obama hard to escalate our position in Syria as well as Libya. She even joked about the forced sodomy and murder of Gaddafi, chortling “We came, we saw, he died…”

So John Kerry, despite his involvement in the Winter Soldier hearings on Vietnam, is no peacenik. He is saying that Hillary’s first foreign policy review is being intentionally wrapped around the desire to justify another illegal military invasion or at the very least some escalated proxy wars. It’s almost as if Iraq wasn’t enough for her. I’ve recently seen memes saying, “She’s the best Republican in the race,” but truthfully that evades the issue.

We have no choice between the two major parties if neither one is concerned with avoiding wars of aggression, regardless of whom is directly involved in combat. Thanks a lot, Democrats.

Fortunately, however, there are more than two choices in the race. Unfortunately, however, most Americans have convinced themselves (or become brainwashed with prognostications of political impotence) that every other American is too stupid to rebel. Too stupid to realize that if you vote your conscience, you might actually have a chance at working toward the vision of government that could make that happen. It’s not a guarantee. It’s not a demand for instant gratification.

Those are straw-men arguments. We merely want the demand issued and concrete gains to be made. We realize that it is fully up to us, not you of feeble moral disposition, to get our representatives to actually represent. Perhaps what appeared to be smarmy sentiment recently disclosed really was tone-deafness on your part. Perhaps you really believe the system we have will not permit this agenda to be achieved. If that is the case then you are running to be the leader of a nation of people you fundamentally refuse to serve.

The proportion of persons in America wanting a single-payer healthcare system is solidly in the majority, and yet their government will not relent. Will not even consider the debate. Why is that? This is the government that Hillary thrives in, that Hillary claims to be able to get things done in. The question avoided altogether is whether they will permit anything at all of the agenda we require? What would it take to get some of you to reconsider your allegiance to a party? What will it get you to realize, as Chris Hedges says, that our democracy is fundamentally broken?

My vote is for Jill Stein, not because I think she will win but because it’s the only option I morally have. The Democrats chose the ticket, despite considerable work by many of us. We told you, every step of the way, that we couldn’t support her. You scoffed at us, laughed at us, and now you screech loudly that we are to blame for the outcome of your decision. Congratulations: It’s all on you now.

It’s time to build a party willing to do what the people desire rather than what the monied aristocracy desire. Maybe that will be the Greens, maybe it won’t. It could have been the Democrats, but the Democrats said otherwise. They chose the establishment. The establishment that is lining up neoconservatives to endorse Hillary. The candidate that both Bush presidents are voting for. The one that you actually believe is a progressive. The candidate that may well blunder into the 21st century equivalent of the Cuban Missile Crisis but with Syria.

Either Hillary is incompetent with respect to her knowledge and therefore not the best-qualified candidate ever (but merely the latest in a long series of politicians to fail upward), or she is very well aware that her actions would be illegal but merely wishes to pursue another regime change by military force. Remember, she voted for one of those before. Either way, she is likely to become the next president. That is the thing that keeps me up at night.