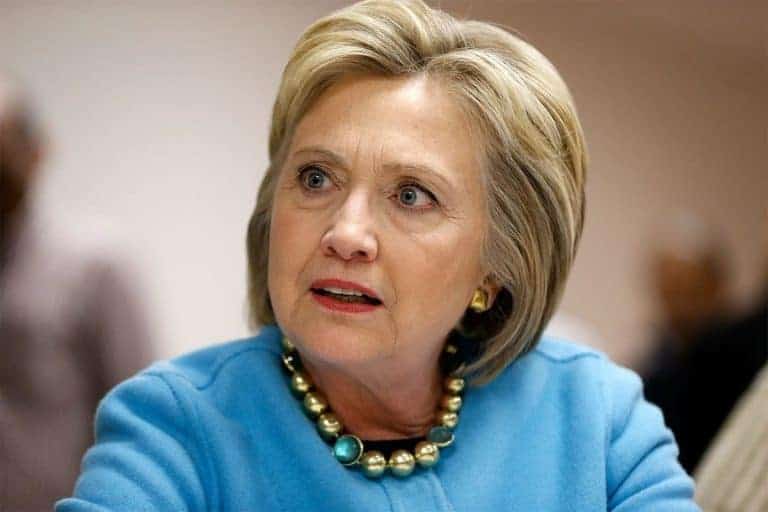 In a event so ironic it would lead to copious laughter were it not so serious, emails hacked from Clinton campaign chief John Podesta have finally given us a glance at some of the content of Hillary’s secret Wall Street speeches. The ironic part is that the quotes were assembled internally within Clinton’s campaign in order to organize responses should the actual transcripts ever surface. The response from the Clinton campaign to the veracity of the subject matter is a stern nondenial-denial, with a pivot to “those meddlesome Russians are tampering with our elections.’

2. …I’m not happy about being hacked by the Russians in their quest to throw the election to Donald Trump.

I’ve said it before and I’ll say it again. I don’t give much of a damn who leaked the truth. I am far more concerned with the truth that Clinton sought to bury at all costs. Obfuscation is her modus operandi and the leaks prove it. Front and center is her admission that you must have “private positions’ and “public positions’ which enable you to “get stuff done,’ without meddlesome interference by the people you have sworn to serve. Since these speeches are, by their very definition, private we should assume that the positions she proffers there are her “private ones’ more indicative of the policies she would actually intend to get done. The “public positions’ are the ones she blathers on about in public in order to garner the voter support she needs to get elected and pursue the private agenda that keeps her wealthy and affluent.

Some of these private positions include the standard Neoliberal dream of “free trade and open borders’ through which labor can be outsourced as well as capital in order to avoid taxation and privatize profits. This means the TPP and other agreements like it will be sought and passed in order to make the world safe for international profit at the cost of the environment, the local economy, and income equality. More sovereignty will be torn asunder in the form of any law that hampers corporate profits in order to protect living wages, prevent pollution, or protect children from the harms of knowingly dangerous products.

The speeches show, as one would expect, fawning sycophancy toward the financial elite, who shower her with cash to assuage their enormous egos. She decries the innocence of Wall Street in the economic crash of 2007, making snide remarks that a certain “lack of transparency’ was to blame for them being wrongly accused. She even at one part follows the Neoliberal tripe that industry is best positioned to determine the limits of their own regulation. This is a recipe for disaster and an extrapolation of the current anemic toothless regulatory structures that have led to capture across the board at the federal level amongst all of the alphabet agencies. Clearly under Clinton we will have more JP Morgan and Goldman Sachs alumni running the Fed and Treasury, making Wall Street eternally immune to criminal prosecution and ensuring “too big to fail’ remains a threat to the worldwide economy.

It’s clear why Hillary fought tooth and nail to keep these transcripts secret during her battle with insurgent leftist forces during the primary. The question remains why Sanders supporters would flock to support her given that virtually all of our worst assumptions about her as a person are staring at us in black and white, affirmed from her own mouth.

You will notice as well that there was a perfectly timed leak about stunningly sexist remarks by her opponent in order to deflect press coverage. You can expect that Hillary has more of these stashed away for rainy days. The speeches may have made a difference during the primary, but now the only thing that can cost Clinton the election is the integrity of the voters she has maligned and scoffed at. The gutless Democrats obviously aren’t concerned by her lack of integrity. They are too busy patting themselves on the back for getting their dynasty one step closer to the White House. It’s her turn after all, no matter what it costs the rest of us.