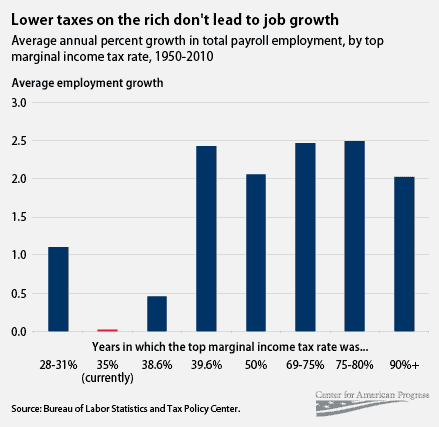 In 1980, when the US economy was plagued by high inflation that was viewed as a cancer, then-Republican candidate, Ronald Reagan, promised a miracle cure. He predicted that the supply-side economic paradigm adopted by the government would be the antidote to the inflation trap, by lowering the price of goods through increasing corporate profits. According to the theory, if the corporate bottom line improved, these savings would “trickle down” to the consumer in the form of cheaper products, and ultimately economic growth. By lowering the cost of goods, the inflationary spiral would be forever crippled. It sounded good to many, especially coming from Reagan’s smooth baritone voice.

One way of boosting corporate profits is by cutting corporate expenses through tax reductions, especially for wealthy Americans. Within less than a year of Reagan’s Presidency, Congress enacted the largest tax cut in US history, reducing the top marginal rate from 80% to 50%, and increasing corporate tax deductions. Two years later, President Reagan signed into law the Tax Reform Act of 1993, which further slashed the top tax rate down to 28%: the lowest since 1916. This top margin was eventually raised to 39% by President Clinton; however, there has been no serious talk of raising the top marginal rate.

Reagan’s new policy was in stark contrast to the prior demand-side economic policy that had been endorsed by the government since the days of FDR. Under the demand-side economic theory, reasonable living wages were thought to drive demand, which in turn, would increase economic growth. Under this policy, marginal tax rates were 50%-90%, labor unions and higher wages were sanctioned, and corporations were strictly regulated so as to maintain a competitive marketplace. During this 40-year period, one salary was most often enough to support a family in a middle-class standard of living.

Following the largest tax cut in US history, a media blitz, which was designed to convince the average American that tax cuts for the rich would lead to the economic prosperity for all, ensued. What began as a conservative pundit talking point was subsequently adopted by all of MSM, and was repeated for more than 30 years. As Hitler once famously said, “If you tell a big enough lie and tell it frequently enough, it will be believed.” And, this is exactly what happened. Americans have become so brainwashed that the mere mention of raising taxes on the rich is met with pursed lips and an oppressive silence.

In fact, 30 years later we know that supply-side economics did not deliver as promised. Since 1980, real wages have stagnated while productivity has increased 80 percent. Taking into account that of productivity increases are a result of technological advances, that’s still a 40% greater growth in productivity than in wages. Forty percent of American workers are now employed on a contingency basis. The fact that Americans are now working longer hours, harder, and for fewer benefits demonstrates that gains by the rich did not “trickle down” to the 90 percent. Furthermore, the United States has gone from a country of the greatest income equality to that of the highest level of income inequality in the developed world. The American public should be outraged by this dramatic change; instead, they are largely silent. Such is the power of perpetuating the myth.

Sanders was one of the first politicians to break the barriers of the taboo topic of raising taxes on the rich. Although he has not directly correlated supply-side economic paradigm to income inequality, he has addressed the impact of various aspects supply-side economic policies that need to be changed, in order to turn around the ever-rising tide of income inequality. Sanders has discussed the fact that since the 2008 financial crisis, more than half of all the income generated has landed in the hands of the rich. He has lamented the fact that the top 0.1% own as much wealth as the bottom 90 percent, and the fact that the US now has the highest child poverty rate of any developed nation. And Sanders has promoted increasing taxes on the rich so as to slow their vast accumulation of wealth.

The Green Party candidate, Jill Stein, has picked up and carried Sander’s torch into the Presidential campaign. She recognizes the huge detrimental effects of predatory capitalism on average Americans. And she has vowed to reform the tax code, as well as implement other policies that would funnel money to the 90 percent.

In my next article, I will discuss the impact of supply-side economic corporate deregulation on income inequality.