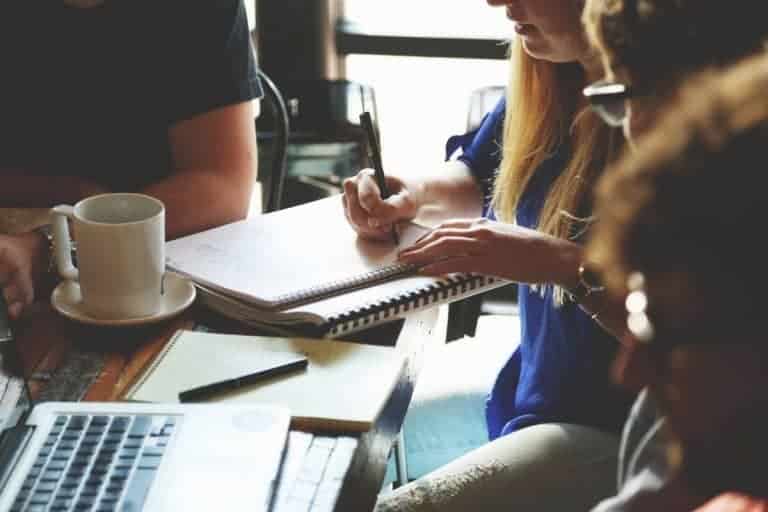 Response to the Powell Memo: A Progressive Blueprint Part 3

What follows is Part 3 of a direct rebuttal to the original Powell Memo, frequently using Powells own words, which instead offers a progressive plan to take back the country from the ravages the corporate oligarchy has committed on the American people and restore the freedoms and protections to which we are entitled. Read Part 1 and Part 2.

The Campus and the Millennials

The assault on Americans civil rights by neoliberalism was not mounted in a few months. It has gradually evolved over the past four decades, barely perceptible in its origins and advancing stealthily and at a pace gradual enough that the peoples civil rights and economic entitlements were stolen right out from under their noses, much as the proverbial frog in a pot of increasingly hot water. Millennials, not already brainwashed by years of working jobs in a neoliberal system, are more awake than their elders.

Although origins, sources and causes are complex and interrelated, and obviously difficult to identify without careful qualification, there is reason to believe that the campus is an important source of progressive thought. The social science faculties rightly include members who are unsympathetic to the enterprise system that puts profits above education. They may range from a Chris Hedges or a Cornel West, who are faculty members at Princeton and Harvard Universities and convinced socialists, to the Marxist economist Richard Wolff at the University of Massachusetts, Amherst. Such faculty members should be in the majority. They are often personally attractive and magnetic; they are stimulating teachers, and their progressive views attract a wide following, not only among students, but among the general public as well; they are prolific writers and lecturers; they author many books, and they exert a truly progressive influence from the veracity of their ideas on their colleagues and in the academic world.

We should remember that universities have traditionally been great cradles of inquisitive thought, where students are encouraged to question conventional wisdom and think for themselves, which is a threat to the ruling class. Thus, social science faculties (the political scientist, economist, sociologist, and many of the historians) have naturally tended to be progressively oriented, even when leftists are not present. This is not a criticism, as the need for liberal thought is essential. The current difficulty is that the right-wings insistence on balance is leading to a dumbing-down of our universities. They want compliant citizens who will unquestioningly toe the party line.

This situation has worsened with a Republican-led government, which has had an enormous impact on millions of young American students. In a February 2017 CPAC conference, Education Secretary Betsy DeVos (who essentially bought her appointment to a position that she is entirely unqualified for with her familys $200 million contribution to the Republican Party in recent years) said of the education establishment, The faculty, from adjunct professors to deans, tell you what to do, what to say, and more ominously, what to think. Perhaps DeVos has never attended an institution of higher learning, as she would know that one is taught not what to think, but how to think. Thats what she and the rest of the right-wing establishment really find dangerous.

In our universities, many students have come to despise the American political and economic system, not because they have been taught to do so, but because they have reached that conclusion by observing the empirical evidence first-hand. And that evidence is all around them.

Two-thirds of all US college graduates leave with student debt. Its not only banks and private investors that are making money off the backs of students, but also the Federal government, which makes profits of up to 20% a year on each student loan. Graduates leave school with few prospects for a well-paying job, and struggle to make a start on their own in life while at the same time having to repay crippling student loans. This is the first step in wealth inequality. Instead of parasitically leeching graduates resources, the government should instead be investing in students by fully paying for their education and basic living expenses. This would be an investment in the future of every American, ensuring we have well-trained doctors, nurses, engineers, IT specialists, scientists, and the numerous other professionals that our country requires to meet the needs of its people.

Millenials need to seek every opportunity to change a system which has been shown doesnt work for the majority of the people they must seek to co-opt the centers of real power and influence in our country, by namely: (i) taking control of the news media, especially television and social media; (ii) entering government, as staffers and consultants at various levels; (iii) becoming candidates in elective politics; (iv) becoming lecturers and writers; and (v) joining the faculties at various levels of education.

Some students are eventually seduced by capitalism, joining the ranks of those with an everyone for himself attitude, abandoning the fight for the common good of those whose labor they exploit for their own ends. Those who eschew the misguided lure of capitalism should seek to secure key positions of influence where they mold public opinion and shape governmental action, such as regulatory agencies or governmental departments with significant authority over an exploitative business system so as to keep these entities in check for the good of both the people and the planet.

Few things should be more sanctified in American life than academic freedom. It would be fatal to everything the US stands for if we allow an attack on this principle.

What Can Be Done About the Campus

The ultimate responsibility for intellectual integrity on the campus must remain with the administrations and faculties of our colleges and universities. But organizations such as the Progressive Independent Party, the Green Party, Popular Resistance, and others can assist and activate constructive change in many ways. In addition to attracting members who are progressive scholars and public speakers who can disseminate our progressive vision to students, all textbooks, especially in environmental science, social science, economics, political science and sociology, should be regularly evaluated to ensure no references contradicting scientific fact or reflecting outdated (pre-gold standard) economic theories are taught in our institutions.

The objective of such evaluation should be oriented toward restoring the establishment of truth as the most crucial element to genuine academic freedom. This would include education on the real workings of our system of government, how it was co-opted by the capitalist enterprise system, how it has harmed true democracy, its basic relationship to individual rights and freedoms, and comparisons with the systems of fascism and socialism. Most of the existing textbooks have some sort of comparisons, but many are superficial and are biased against socialism.

We have seen the far-right movement insist on rewriting many of the textbooks in our universities and schools. Teaching blatantly false ideas such as creationism or the denial of climate change should never be part of any approved educational program. Academic freedom does not include the teaching of religious allegory as scientific fact.

Equal Time on the Campus

Conservatives are apoplectic that there are not more conservative professors and lecturers on college campuses. Yet, there is a good reason for this. The role of academia is to advance learning and comprehension of the world around us so as to improve the condition of all the humans inhabiting the planet. The role of conservatives, however, is instead to return the world to some golden past that has never existed except perhaps for the very wealthy few. Conservatives have a fear of both learning and progress, which is antithetical to the educative sphere.

They insists on equal time between conservative and progressive lecturers, not in an effort to advance true learning, but rather to indoctrinate young people with right-wing neoliberal propaganda so they become compliant cogs in the wheel of corporate America.