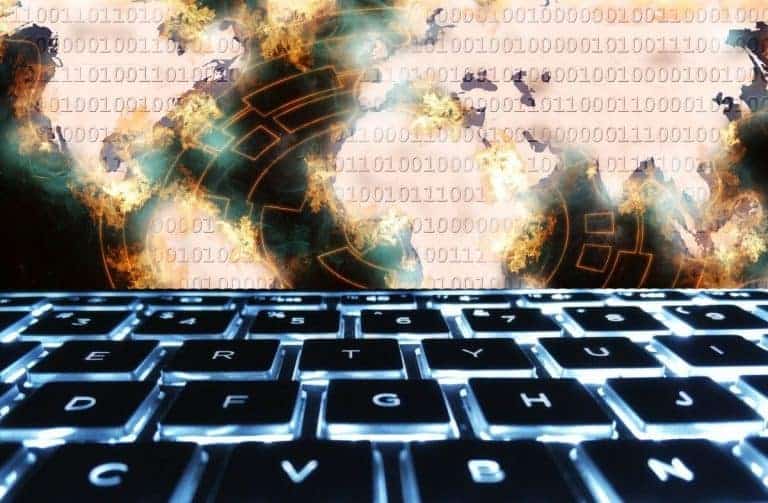 Response To The Powell Memo: A Progressive Blueprint Part 4

What follows is Part 4 of a direct rebuttal to the original Powell Memo, frequently using Powell’s own words, which instead offers a progressive plan to take back the country from the ravages the corporate oligarchy has committed on the American people and restore the freedoms and protections to which we are entitled. Read Part 1, Part 2, and Part 3.

What Can Be Done About Educating the Public?

As was made abundantly clear during the 2016 election cycle, the corporate-owned media are concerned primarily with promoting state propaganda. They have long ago relinquished their role as the fourth estate of government, which is essential to a working democracy. Today, few mainstream media sources can be relied upon for presenting the truth of what we hear in the news on a daily basis. It will be essential for progressive organizations to have staff personnel who are thoroughly familiar with the media, particularly social media, and how to most effectively communicate with the public. These media include:

Mainstream media (MSM) news can no longer be relied upon for providing the public with accurate information. Not only do all the major broadcast news channels concentrate on fluff pieces, but actual news reporting often includes the most egregious fabrication of facts. Take, for instance, CNNs Chris Cuomo telling viewers the outright lie that it was illegal for those outside the media to read the Podesta emails released by Wikileaks. Or that the Syrian government launched a sarin gas attack, a claim never proven, which was the excuse fabricated for the US bombing of the Idlib region of Syria in April 2017. Whether these fabrications are a result of a hostile government refusing certain journalists access to press conferences or that the MSM is simply following the commands of their corporate owners, the result is the same the relinquishment of responsibility for keeping the actions of the government in check and a subsequent uninformed population. Even when not lying outright, the MSM picks and chooses the stories to feature based on the narrative the corporate-owned government wants to promote. Most Americans dont have the time to devote to digging in greater depth to find the truth of these news stories, trusting in the media to do it for them.

The best option is to discourage people from watching and reading news from the MSM, and providing them with better alternatives. Progressive news sites such as Truthdig, CommonDreams, Truthout, and others have been around for years, but have gained increased readership since the 2016 election cycle. In addition, a number of new sites have sprung up to take the place of MSM news, including Real Progressives, Mint Press News, and Progressive Army. Many of the most reliable news sources come from foreign countries, such as the The Guardian in the UK, which is not owned by a large US media conglomerate, but is instead financed by a trust set up in 1936 specifically to prevent commercial or political interference something no major media outlet in the US can claim.

Complaints to the media and to the Federal Communications Commission for the most part fall on deaf ears. Yet complaints should be made promptly and insistently when programs or news articles are unfair or inaccurate.

Equal time should be demanded when appropriate. Effort should be made to see that debates include more than the two major parties and that equal air time is provided to all candidates on a ballot. In 1988, the newly formed Commission on Presidential Debates, a private corporation run by Republican and Democratic chairmen, supplanted the nonpartisan League of Women Voters, which had run the televised presidential debates since 1976. Given there were four candidates on the ballot in nearly every state in 2016, voters wanted to hear from all four candidates; however, the Green and Libertarian parties were barred from participating. Legal action must be taken to restore the right of Americans to hear the platform of every candidate who is on the ballot in enough states to win the election.

Social media has been shown to be the most effective way to spread messages the corporate establishment do not agree with. For example, although no mainstream media outlets (apart from Democracy Now!) carried news of the Dakota Access Pipeline protests at Standing Rock, through social media alone, this stand for clean water was able to generate support from around the world, drawing as many as 10,000 people and hundreds of thousands of dollars to the camp to fight against the moneyed interests of big oil.

Facebook is currently the primary social media outlet, although it has been accused of bias and censorship of many political posts. Facebook has recently changed its trending algorithm from being based on the number of people posting and commenting on a news article to whether the particular news subject is being reported by other major news outlets. These are the very same outlets owned by only six corporate media conglomerates. Small, independent, Progressive news sites are being sidelined.

These are not nearly as important as they used to be, but they still do exert some influence on how the public perceives Progressive issues (usually negatively). Unfortunately, the average persons attention span extends only as far as reading short sound bites. Formulating ideas that can be made into viral Internet memes is one of the most effective ways of getting progressive ideas disseminated.

A progressive army should flood the opinion pages of local and national newspapers with Letters to the Editor, as well as calling in to talk shows to advance progressive values and correct right-wing inaccuracies.

The Internet had not yet been invented in Powells day, but it has become the primary source of news and communication for many people, particularly for younger people. We are already dealing with governmental surveillance and curbs on our Internet use. Whistleblower Edward Snowden revealed in 2013 the massive extent to which the government intercepts and examines each of our phone and internet communications. Now, with an increasingly agitated population, the government is seeking to curtail our ability to communicate with one another. Communication is the key to activist organization. Already, net neutrality is threatened. It is not too far-fetched to imagine when the people rise up to demand a new government that the oligarchs will do their best to shut down all communications, including the Internet. The Trump administration is already doing everything they can to clamp down on dissent. We must act to ensure any attempt to limit communication is prohibited and push for making the Internet a public utility.

To reduce the ability of government to spy on our private communications, secure messaging apps should be used for organizational purposes. Members of progressive organizations should download and use the Tor browser for all communications to help ensure privacy from government agency spying. This would be particularly essential should the government decide to shut down the internet in the face of a mass uprising. As the US government has already proven, we cannot trust them to uphold our rights under the Constitution in the face of a terrorist attack (real or false-flag) or in cases of civil unrest.

In the words of Edward Snowden, We are constructing a world where the most common political value is fear this has given rise to a creeping authoritarianism. If we allow the preferences of a few officials to replace the basic principles on which our Constitution was founded then we have completed the journey from citizens to subjects.