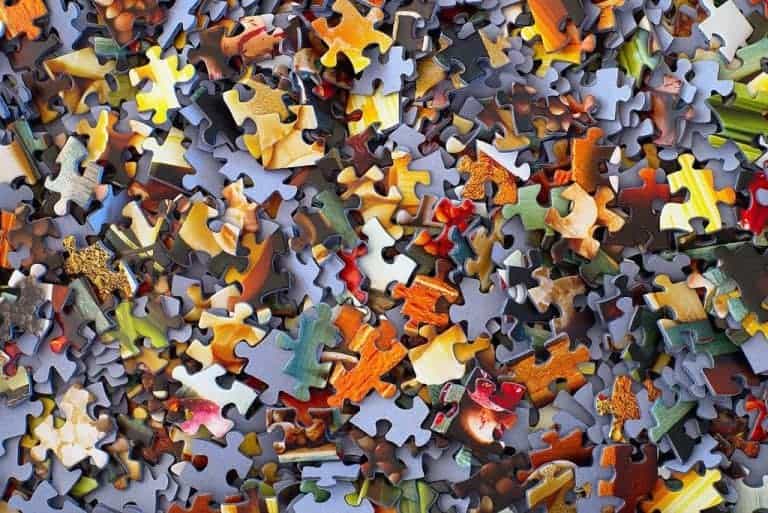 An MMT Tutorial That Covers The Basics

I’ve been learning MMT as a hobby for about a year. If you don’t know what that is, it’s Modern Monetary Theory, and it describes how the economy works, how governments spend, and so on. A year ago, that all seemed terribly boring. Now, I don’t think there’s anything more important. I’m not exaggerating when I say the future of our species depends on learning this stuff. I’ve written this tutorial so you don’t have to spend a year reading blogs and watching videos. I’m putting it into a 10-minute read. I promise that by the end you’ll see things very differently. We’ll begin with the fundamentals.

Where do dollars come from?

The trillions of dollars in existence were all created by Congress at some time or other. The Constitution names Congress as the only manufacturer of the dollar. China does not create dollars. If they did, we’d go to war with them.

When are dollars created?

Every time Congress passes a bill, it authorizes the creation of new dollars that are spent into existence. The Federal Reserve ensures payments reach their destination.

Why did the government create dollars in the first place?

The purpose of government is to meet societal needs, such as by building schools and roads. To meet these needs, they need to employ people. To work, these people need a reward. The government created dollars to reward them.

Why did anyone accept and use dollars? Why give up your labor for worthless pieces of paper?

The government imposed taxes that were only payable in dollars. Since then, dollars were in demand. People had to get dollars to pay their taxes. The pieces of paper were no longer worthless, and the government could exchange dollars for labor to meet societal needs.

So, does the government need tax revenue or debt in order to spend dollars?

No. The government doesn’t need an income in order to spend. It cannot run out of dollars because it produces them. For our federal government, money is a limitless social tool that expedites the movement of real resources and labor to meet societal needs. It’s these resources and labor that are limited. Not money. If you picture the economy as an engine, money is like a lubricating oil. It makes things run smoothly. If you don’t put enough in, the engine will grind to a halt. If you put way too much in, it might froth and bubble out of control. But, you could fill the entire vehicle with oil if you really wanted to.

Why do I pay taxes then?

We’ve covered one reason already: they make dollars worth something to you. Taxes also serve to remove dollars from the economy. The government can’t keep spending money into existence without draining some out – and that’s what federal taxes do. These tax dollars don’t go anywhere after that. They’re deleted or shredded depending on how they were paid. This is no loss to a government that creates dollars. Furthermore, taxes can be used to modify behavior, such as discouraging Wall Street gambling, and, they can address wealth inequality if we tax rich people more than poor people.

Why does the national debt exist if the government doesn’t need an income?

Ask yourself what the national debt is. It’s a set of Treasuries (e.g. bonds) that were issued by the government and purchased by people and nations such as China. All the dollars that were used to buy these Treasuries were created at some point by the federal government. China has accumulated a lot of these dollars because they sell products to the US. They have nowhere to dump them, so they buy Treasuries and earn a little interest. This means the national debt is nothing more than a savings account for all the dollars that haven’t been taxed back yet by the government. Is it needed? No. It’s a choice.

Why choose to have a national “debt” then?

It helps to remove some money from the wider economy and allows the government to dictate interest rates.

What about all the interest paid on the “debt”?

The interest is paid in the following way. Under instruction from the US government, someone at the Federal Reserve brings up a bond holder’s account on a computer, types on a keyboard, replaces one number with a slightly bigger number, and… it’s paid. It really is that simple. They can’t run out numbers for the same reason a scoreboard can’t run out of points. Other than making wealthy people and nations a bit wealthier, the government can never be unable to pay this interest.

But, the Federal Reserve has all the money and makes the government pay interest to it. This is unsustainable, right?

Whatever your views on the Fed are, it’s a fact that the Fed gives all their profits, including interest earned on “debt” they hold, to the US Treasury at the end of each year. This is widely reported and amounts to about 100 billion dollars per year.

OK, but you can’t just keep printing money. Won’t you devalue the dollar?

First, most new money isn’t printed. It’s electronic, being passed between bank accounts. The demand for hard currency depends on our use of electronic payment systems. Second, devalue it against what? The value of the dollar is not pegged to Gold anymore. We came off the Gold Standard 50 years ago. One dollar is always worth one dollar paid in taxes.

What about inflation then?

Inflation is the only constraint on how much money a government should spend. Not the debt, not the deficit, and not the amount paid in taxes. What this means is the only reason not to fund healthcare or education is if there’s a disastrous inflation forecast produced by an economic authority. Don’t accept any other finance-based explanation.

Fine, but if you pump too much money into the economy, won’t prices rise? You’ll get that disastrous forecast!

Japan consistently spends 2.5 times more than they take back, and our government has already pumped trillions into wars and corporate welfare without seeing inflation. Recently, 700 billion dollars were spent on the military budget while simultaneously cutting taxes. They just do it. There’s no inflation. No complaints before or after. So why only complain about inflation when the money is for healthcare?

Inflation could still happen though, right?

Inflation happens when there’s a shortage of resources for those created dollars to purchase. If you give everyone 50,000 dollars, many will want to buy a new car. Prices will only rise substantially if there are not enough cars to meet that increased demand. But, this will also trigger car companies to produce more to meet demand. They will hire more workers, use more resources, and so on. The “inflation” will stop and prices will stabilize.

So, is there any scenario in which we get inflation? Why even call it a constraint?

Yes, it can happen if those companies run out of workers and resources, and therefore can’t produce more to meet demand. This can happen after everyone in the economy is employed (full employment). What this means for progressive policy choices is that the government can ensure that everyone who wants a good paying job can have one without worrying about inflation. This can be achieved, while eliminating poverty, with a Federal Job Guarantee.

What about Zimbabwe and the Weimer Republic?

Whether you agree with their policy or not, Zimbabwe took farms away from white farmers and gave them to people who didn’t know how to operate large farms. Their rate of food production fell drastically. This shortage of resources caused the inflation they experienced (too much demand for too few resources). Printing money was a consequence (not a cause) as the government tried to maintain services. As for the Weimer Republic, they lost a large number of their productive resources to France after the war and had a large debt to pay in Francs (a currency they couldn’t create). The US does not have any of these problems and creating more money won’t cause them.

What about Greece? Couldn’t that happen here?

No. Greece gave up their ability to create money when they adopted the Euro as a currency. This made them like an individual US state within the USA. Individual states can go bankrupt, so they need to tax to pay their bills. Greece met this fate, but it’s impossible for a currency-issuing government, like the USA, to go broke in the currency they issue.

We have to reduce the deficit though, right? A balanced budget sounds good.

No, it sounds horrible. Every dollar that’s created has to go somewhere. It can go to private savings (e.g. you and me) or to foreign countries (e.g. China). Given that we have a trade deficit with China (and the rest of the world), money is leaving the economy all the time, which means a balanced budget would eventually reduce private savings to nothing, causing our economy to grind to a halt in a catastrophic recession. For this reason, the government has to keep replenishing private savings by running deficits most years. This is the logic of “sectoral balances”. A balanced budget only sounds good to you because it’s good for your household. A government that issues its own currency is not like your household.

But, Clinton’s budget surplus was great, wasn’t it?

No, household debt rose substantially during the Clinton years because of those private savings reducing to nothing. This forced people to borrow from private bankers, who took advantage of Glass-Steagall being overturned to make themselves rich at our expense. Eventually, through Bush’s unwillingness to fix the problem, we got a recession.

OK, so what is the point in me learning all this?

Every time a progressive wants to help the 99% with good policies, a neoliberal or conservative says “how are you going to pay for it”? When they do, progressives scramble about trying to find taxes and military cuts to pay the bill. This strategy may sound perfectly fine in our progressive bubbles. We’re fine with making the sacrifice if it means people get healthcare. But, a fair percentage of the population are clearly unwilling, and their opposition gives neoliberal politicians all the excuse they need to deny us single-payer healthcare and other progressive policies. The point in you learning all this is so you understand the sacrifice isn’t even necessary. They have you fighting right-wingers over a lie. The federal government does not need to get money to spend money, but the neoliberal establishment needs you to think it does it they’re to succeed in denying you your basic human rights.

2 thoughts on “An MMT Tutorial That Covers The Basics”