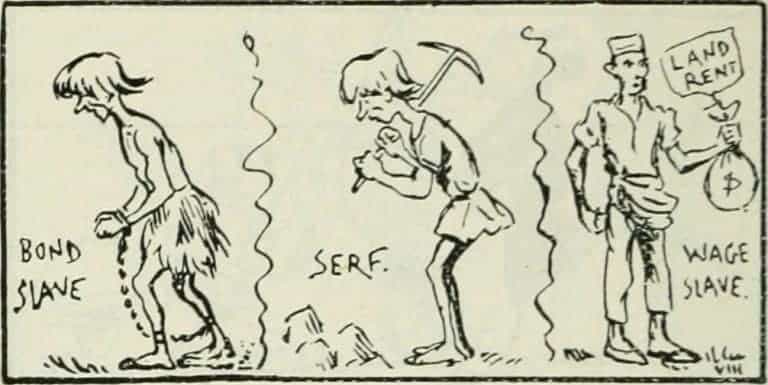 On the surface, America seems to be obsessed with freedom. When singers belt out “the land of the free,” we burst into cheers. Our hearts swell when we speak of bringing freedom and liberty to other peoples. We proclaim that those around the world who fight against us “hate us because we’re free.”

Freedom isn’t just a feeling we have. It’s not ambiguous, an abstraction, or an attitude. Freedom is defined as: 1) The power or right to act, speak, or think as one wants without hindrance or restraint; 2) absence of subjection to foreign domination or despotic government; and 3) the state of not being imprisoned or enslaved.

The pride Americans feel, and the ideals they proclaim, are very precious things; they are worthy of veneration. They do not come easily; they come at great cost. Many heroes we hold dear laid down their lives in the name of freedom. How revolting, then, it must be when one sees someone worshiping despotism and calling it freedom!

Of course, we all seem to have differing ideas on what despotism means and what freedom “feels like.” That is why Republicans can be disgusted when Democrats invoke “freedom” in their speeches (because “they’re the ones trying to take our freedoms in the first place”). It is also why Democrats can be disgusted when Republicans invoke “freedom” in their speeches – for the same reason. Party or no party, most of us have at one time or another grown furious watching someone speak glowingly of “freedom” when all we see from them is the destruction of freedom.

1. We have a health care system that often forces people into bankruptcy or massive debt. Effectively, this boils down to extortion – “your money or your life.” For the millions caught in this trap, life doesn’t feel very free.

2. We have an education system that perpetuates poverty by funding primary and secondary schools with property taxes. Not only does this trap entire populations in a vicious cycle, but many are unable to attend college or trade schools because of their parents’ income level. Economic mobility is freedom; this is the opposite.

3. Our wages have not grown commensurately with the cost of living – not even close. We have millions of people working multiple jobs, with wages just high enough to keep them fed and sheltered (if that). If all of your time is spent working, and you are not able to save money or advance yourself but instead simply subsist, there is little practical difference between this and actual slavery. Incidentally, it is also one of the things capitalism was supposed to solve.

4. Between the prohibitive cost of “out-of-pocket” health care and corporate monopolies, entrepreneurship is practically impossible these days. There is always a cheaper option online or at a WalMart somewhere; and besides, leaving employment to start your own business leaves you on the hook for 100% of your health care costs. For those that have great ideas and want to start a business, the hurdles are set far too high and the risks are far too great. They are not “free” to strike out on their own.

Our economic mobility, entrepreneurship, free time, and opportunity have been seized. In many areas of life our ability to live, speak, and think as we wish unimpeded is actually very much restricted. We owe a great deal of our time, blood, sweat, and tears not to a tyrannical King but to a different kind of overlord; and the effect, in the end, is very much the same.

It also goes without saying that the United States – ostensibly the “Land of the Free” – has the world’s highest incarceration rate, an Orwellian surveillance state, and the outrage of the hour: innocent children crammed into cages being forced to drink toilet water.

Of course, there is another perspective on what kills freedom: “Big Government.” While many on the left automatically roll their eyes at this, we should not be so quick to dismiss this concern for four reasons:

There is one problem remaining with those that hate “Big Government,” though: By expecting bad behavior from government, they are normalizing and enabling it. “Government is bad” is a self-fulfilling prophecy. For a democratic government to be good, people must first believe it is capable of being good. While our faith may have been shaken for good reason, one has only to look around the world at other, more responsible governments, to see that it can be done when people stand together and insist that “enough is enough.”

If we don’t stand up and demand an end to this “government by conflict of interest,” we will continue to be deprived of our free time, our economic freedom, our ability to become entrepreneurs, and our dignity. We will also continue to deprive other countries of their sovereignty and imprison millions… all in the name of the “Flag of Freedom.”

No matter how loud we turn up the music, no matter how big the flag we wave – none of this will be drowned out or covered up.

Freedom, as they say, isn’t free. It now falls upon us to fight for it.