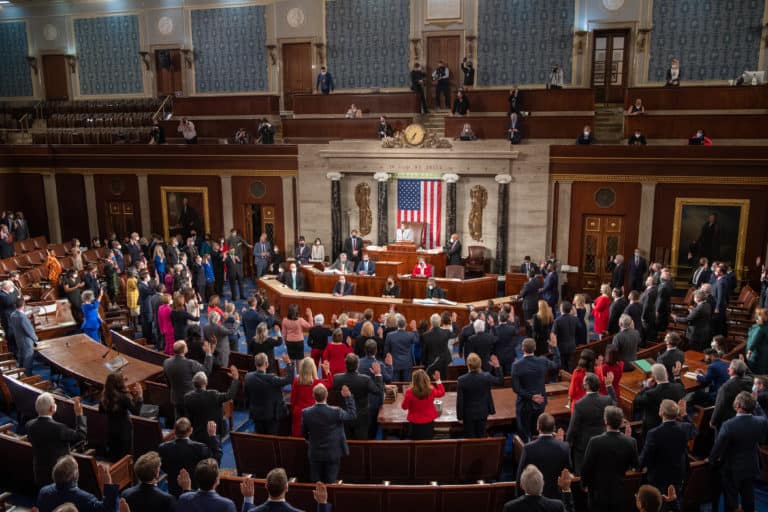 Freedom: The Burden of Accountability – Part 5

Democrats prove over and over again that they are incapable of defending human rights of ordinary people but yet we are told that they are the only alternative. That is a lie. You don’t have to collaborate with oppressive neoliberalism, support a party outside of the duopoly.

The Tea Party was an interesting piece of recent history. Formed in protest to Barack Obama’s election to President, they were a bombastic strain of right-libertarians who, with the help of Koch money, flooded the GOP with candidates. They ended up winning 20+  seats, and through a refusal to compromise, they got several concessions from the party establishment, including electing their own Speaker of the House. They also caused that Speaker to lose his seat once they were unhappy with him. Nowadays, the “Tea Party Caucus” is no more, but its legacy remains. Some Tea Party-ers became senators. Ted Cruz is a notable and oft-despised example. Others, like Mike Pompeo, eventually got absorbed into the executive branch. The rest faded into the obscurity of their private lives.

They were elected on a populist wave of campaigning. The “tea” in “tea party” stood for “taxed enough already”, and the name itself drew on a patriotic sense of America’s founding. At its peak in 2011, the Congressional Tea Party Caucus had 60 members. They did more to shape the GOP and alter its future than Justice Democrats did to the DNC working with the same amount of time.

There are a few reasons behind that.

Justice Democrats and the Progressive Caucus in Congress have done little to change the operation of the DNC. The Squad, comprised of Justice Democrats, wouldn’t even use their leverage (they still have it due to a razor thin {D} majority in the house) to force a vote on Medicare For All in exchange for their votes for Nancy Pelosi’s continued speakership in the current (117th ) Congress. As of the 117th (current) Congress, the Progressive Caucus has 95 members, broken down as 94 Representatives and 1 Senator.

In the current Biden/Harris administration, at least until 2022, the expanded Squad has the power to wholly control what Democrats pass. Speaker Pelosi has such a thin majority that establishment Democrats can’t pass anything without either a majority of the Squad’s support or persuading House Republicans to vote for their legislation.

As the Tea Party faded, the Justice Democrats rose. Despite the latter currently having 30+ more members in its caucus (the Progressive Caucus), they’ve achieved none of their legislative goals, whereas the former did, repeatedly.

Legislation. Policy. Those are important words. Policy is what the Squad promised and ran on. They used the words “bold and progressive” to describe their policies, although those policies were arguably the bare minimum and already compromise positions. Yet, as of now, they have refused to use their collective power for anything other than committee assignments. Even further, most of the Justice Democrats’ (and their candidates’) policies are based on Bernie Sanders’ 2016 platform.

That platform, while very progressive as compared to a “centrist” like Biden or Clinton, was watered down and weak compared to positions the Green Party has had since 2010 or earlier. The 2020 Green Party Presidential nominee’s platform had an American NHS (A.NHS), the full version of what has been watered down to Medicare For All (M4A). In other words, Bernie’s keystone policy was already a massive compromise. “Progressive Democrats” use the minimum acceptable compromise (like M4A instead of A.NHS) as their starting position.

Those who understand the legislative process and power dynamics understand that good (for the people) legislation always gets watered down in favor of the status-quo. In the context of healthcare, House Progressives should introduce legislation for an NHS and refuse to pass Centrist legislation until they get a vote or a compromise. The compromise in this case would be Medicare For All. They haven’t, and they won’t employ such a bold strategy.

The political function of “progressive democrats” is to siphon popular support for needed policy away from independent politics and movement-based organizing and push the people back into the murderous arms of the duopoly.

World Socialist Web Site (WSWS) explains there are two factors behind Alexandria Ocasio-Cortez’s prominence and rise to fame and power. The second is especially relevant here:

“The second and more decisive factor is the conscious promotion and elevation of Ocasio-Cortez by the Democratic Party and the media. Ocasio-Cortez performs a critical political function—that of providing a left cover for a right-wing party, the better to block the development of a genuine movement against social inequality and capitalism.”

America doesn’t have two parties – not really. We have a single party of capital split into two warring factions. These factions agree on almost everything, except optics and two or three wedge issues. They’ll use the wedge issues to get votes, but never plan on solving them. Solving the wedge issues would free whichever side’s voters from that faction, and the ruling class can’t have that. Issues like Gun Rights, Roe V. Wade, Climate Change, etc., are used to rally the base on both sides but neither party uses their power to achieve any meaningful solution on them.

Obama didn’t use his supermajority to codify Roe V. Wade into law or implement gun control or tackle climate change with a Green New Deal or other legislation. Instead, he told Republicans he wasn’t coming for their guns, let Mitch McConnell bully him into not seating a SCOTUS Justice, and joined the toothless Paris Agreement. Trump didn’t use his three SCOTUS justices to overturn Roe V. Wade, didn’t use his early control of both houses to legislate “more guns”, and pulled us out of the toothless Paris agreement. As you can see, it’s just political tug-of-war, in other words, political theatre to distract and occupy the masses.

“There is only one party in the United States, the Property Party … and it has two right wings: Republican and Democrat. Republicans are a bit stupider, more rigid, more doctrinaire in their laissez-faire capitalism than the Democrats, who are cuter, prettier, a bit more corrupt — until recently … and more willing than the Republicans to make small adjustments when the poor, the black, the anti-imperialists get out of hand. But, essentially, there is no difference between the two parties.”