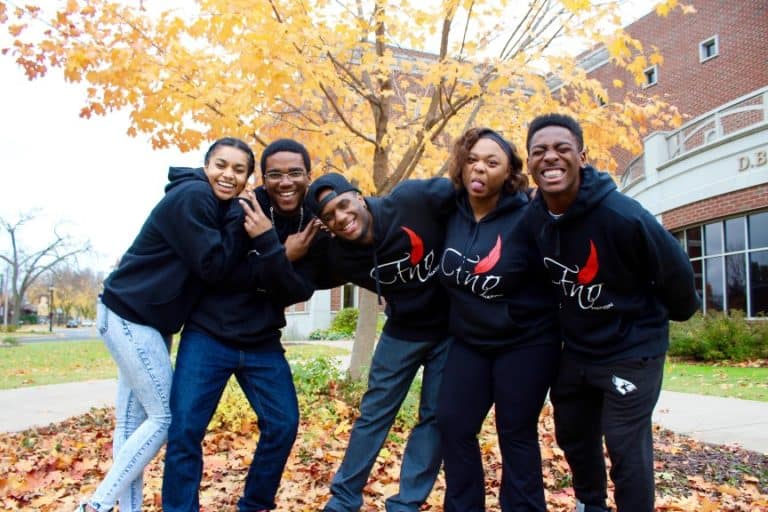 Fifty years ago, Martin Luther King Jr. wrote “Why We Can’t Wait” to dispel the notion that African Americans should be content to proceed on an incremental course toward full equality under the law and in the wider society. King observed,

Three hundred years of humiliation, abuse, and deprivation cannot be expected to find voice in a whisper.

Yet waiting and whispering, rather than raising their voices for genuine inclusion, is what many seem to expect of the children and grandchildren of King’s generation even today.

At stake is the perceived legitimacy of American institutions, not just educational but those that we educate for: the police, the courts, government, the media, cultural institutions, banks and so on. These institutions are under scrutiny over their failure to evoke trust and to show that they are visibly open to the public – especially those groups, who too often and for too long have been left out.

Arguably, we are not the “land of opportunity” for most first-generation, poor, black, brown, Native American, or immigrant children. Gaps in educational achievement persist, and at every level: from kindergarten through to the years after high school.

The label applied to so many immigrant youth, Dreamers, might well be adopted more broadly, capturing as it does both the aspiration and perhaps the unreality of educational opportunity for so many.

And the students are right to worry.

The question is: what role can our universities play so the dividing lines can be crossed?

Consider some statistics from Essex County, New Jersey, where our city, Newark, a college town with over 50,000 students, is located:

This story is not unique to Newark.

Economists such as Raj Chetty and his colleagues note that nationally “the consequences of the ‘birth lottery’ – the parents to whom a child is born – are larger today than in the past.”

We – the universities – are the ones sitting in the midst of these realities, facing the choice between being walled citadels that separate the privileged from the uninvited other or being welcoming hubs connecting young individuals with opportunity.

The uncomfortable truth is, that we, in some very real sense, have contributed to this winnowing of opportunity.

For too long, the traditional measures of student potential have relied on standardized – and therefore narrowly framed – merit selection processes, such as SAT and ACT scores.

These tests have been grossly inadequate, measuring only a narrow band of potential, while missing wide swaths of our talent pool whose excellence is not readily detected through the use of such “blunt” instruments.

They neglect whole communities whose students don’t have access to the test preparation industry, prompting legal theorist Lani Guinier to implore us to redefine the merit in meritocracy.

Intergenerational privilege is rooted in place – in the home values and tax base, the schools and transportation networks available to people because of where they are fortunate to live. Decades of white flight, suburbanization, the abandonment of urban centers and regressive housing policies have contributed to a pervasive disconnection across racial, ethnic and class lines.

This segregation has reinforced the corrosive effects of historical prejudice and biases that already divide society and make Americans, in effect, strangers to each other.

It should come as no surprise, then, that the social landscapes of university communities are just as divided.

Diversity is growing explosively and redefining American society before our eyes.

Yet lines of class, gender, ethnicity and race continue to redraw themselves in dorm life, lunch tables and indeed the classroom.

Indeed, it is hard to erase them.

How do you cultivate connection to another person’s future and commitment to their success when you don’t live together in the same neighborhood, reside near each other in the same city or at least share some similar daily experiences such as rush hour on a crowded subway?

As higher educational institutions, we should be the place where dividing lines can be crossed. And that includes crossing the boundaries of our communities.

Our work in the city of Newark is just one illustration of crossing these boundaries.

In this postindustrial city of 280,000 people, 29 percent of residents have incomes below the poverty line.

Newark’s social and economic challenges are common among cities that have lost their tax base and whose residents have fled to the suburbs since the 1960s. The resulting economic and racial segregation has produced structural inequalities in health, education and other public services.

Today, Newark, a proud, resilient city, is coming back from years of disinvestment. As an engaged “anchor institution”, we are partnering with the community on many fronts.

We are investing in spaces for local artists and the community to collaborate, as we develop nearly 50,000 square feet in the iconic former Hahne & Company department story as an arts “collaboratory” – dubbed “Express Newark.”

We are working with small and midsized entrepreneurs and firms and taking an active role in helping Newark’s police address crime hotspots through data collection and analysis.

Organizations – public and private – have banded together in the Newark City of Learning Collaborative (NCLC) to raise the post-secondary attainment rate of residents of Newark to 25 percent by 2025.

For the higher education partners in NCLC like us, this means working with Newark Public Schools to help their students continue their education past high school, beginning in community colleges, the institutions where the vast majority of first generation students will have their first taste of higher education.

At Rutgers University – Newark, for example, we are providing tuition support to low-income residents of Newark and to any New Jersey community college transfer with an associate degree as of fall 2016.

We are recruiting these students based on assessments of leadership, grit and entrepreneurial skills – not just grades – into a residential Honors Living Learning Community (HLLC). In addition to gleaning information about applicants from the standard application form, the HLLC team engages with applicants in person and in groups to see how they collaborate with one another to solve problems. Their on-the-ground knowledge of urban life has much to contribute, as we see it, to the HLLC’s curriculum focus of “local citizenship in a global world.”

Ashlee is one of the inaugural class. Born and raised in Newark, she speaks openly of “being a product of my environment…exposed to so much just by walking outside of my house…[including] murder at the age of 12.” Her options, she says, were two: “conform to what’s going on in society or try to make a difference.” She is now a criminal justice major keenly interested in issues of social equality and inequality.

Rutgers-Newark is not alone in looking to build on the assets of this fresh talent pool for America.

There is an increasing number of so-called collective impact initiatives across the higher education landscape, including STRIVE, a nonprofit started in Cincinnati, and three large city-wide initiatives in Syracuse, Buffalo and Guilford County, North Carolina mounted by Say Yes to Education.

Collective impact projects like these can be taxing and messy, but by bringing so many different partners together – from education institutions to businesses and faith-based centers – to focus on enabling the talented next generation to thrive from school to college and beyond, we put a stake in the ground together for social justice. It’s admittedly still one step at a time, but one step in many places.

When higher education bands together to support and recruit talent from these regional hubs, it gives a new meaning to the notion of “farm teams.”. After all, if major league baseball can do it, why can’t higher education?

The impatient students protesting a sense of exclusion today have undeniable facts to support their argument. Our institutions, we believe, can help them overcome the barriers they, and others, face in their search for economic opportunity and a sense that they are valued.

How could anyone continue to “wait and whisper” while witnessing the enormous and cumulative effect of disparity unfold for another generation, with so many children never even getting to first base and some starting out on third?