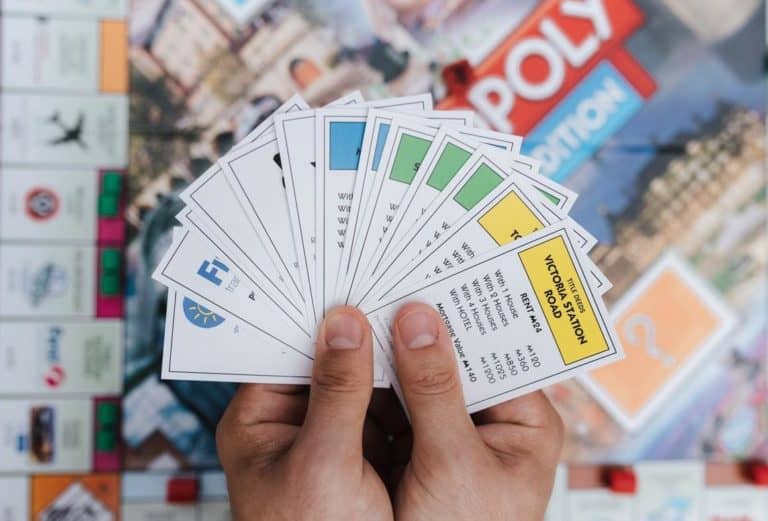 If you’ve ever played the board game Monopoly, you can understand how a currency-issuing government functions and what deficits actually mean.

Before you can even start playing the game, the Monopoly money needs to be issued first: $1500 per player.

In other words, the Monopoly bank’s ‘deficit’ equals exactly the total amount of Monopoly money distributed among the players.

That ‘deficit’ is nothing the players have to ‘pay back’.

Indeed, according to the official rules, the bank never ‘goes broke’. If the bank runs out of those colorful pieces of paper with different numbers on them, the Banker may issue as much as needed by writing on any ordinary paper.

Money is just a unit of account. It’s an abstraction.

That Monopoly money is all the players are allowed to use to play the game. It’s all that is allowed for paying taxes, bail, fines, etc. The prices of all properties, houses, hotels, etc. are denominated in the game’s unit of account.

And so, it is with money in real life for a currency-issuing government like the U.S. government.

A federal deficit is equal to the total amount of net dollars in the domestic and foreign sectors combined. (I.e., we’re ‘the players’.)

It’s nothing that needs to be ‘paid back’. Federal taxes function to create demand for the dollar, and to be used as a fiscal management tool (e.g., to control inflation).

That is, federal taxes are what give the dollar value. You can only meet your tax obligations with US dollars, hence everyone in the U.S. needs to acquire those U.S. dollars.

The federal government isn’t going to ‘run out of’ those dollars, either. A dollar is just an abstraction — a unit of account. It’s just numbers, be it numbers in a bank account, or numbers on green pieces of paper you carry around in your pocket.

It’s the real resources that are finite…properties, buildings, goods and services, and so forth. The dollar – the ‘financial’ resource that the U.S. government can never run out of – simply facilitates the buying and selling of the real resources in the economy.

In short, federal deficits are the dollars we have to play the game, (hence, necessary), federal taxes function to give those dollars value within the context of that game, the federal government can’t ‘go broke’ because it alone has the monopoly on issuing those dollars in this game, (which is just an abstract unit of account), and it’s the real resources in the economy which are finite which we all try to acquire with those dollars which make the whole damn game worth playing in the first place.

Have a nice day and enjoy the game.