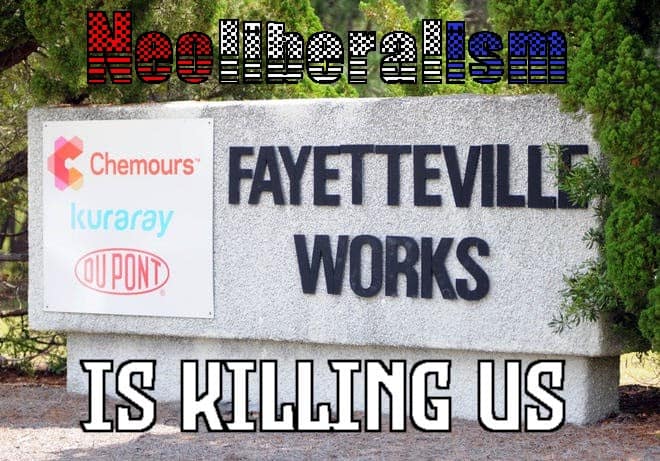 Neoliberalism is Killing US

Following the idea of the Big Other defense falling apart when a truth is seen to be publicly accepted, what would be another similar public acceptance of failure for capitalism? Especially now, I think the US healthcare industry is a great place to look. The more timely issue is one of ‘who gets coverage at all?’  Barack Obama is the first mainstream, high-profile politician to say the words ‘single payer,’ descriptors that don’t describe the Republican-influenced Obamacare that came to pass.

Bernie Sanders again was a part of the elevation of this idea in the mainstream. As I suggested before, he’s not an ideal agent for influencing the Big Other because he’s easily written off as a radical, and the Big Other is no radical. Nevertheless, Medicare for All became his signature issue, and over the years polling has found it has become one of the most popular political ideas in American politics.

Then, in 2020, COVID stressed the limitations of Obamacare to their breaking point. Of its many problems, the Act tied a lot of healthcare to employment, and with COVID bringing record unemployment, this left many without healthcare in a crippling pandemic. Being out of work in a pandemic left them unable to pay laughable COBRA rates  to keep their previous and often basically unusable insurance, and that was the closest thing to a band-aid the system had in store. Despite Bernie Sanders gallantly keeping the issue in the mainstream, we found ourselves unable to pass a bill because of the unilateral power of people like Mitch McConnell.

But now, with the aforementioned Georgia victories giving Kamala Harris the tie breaker vote in the Senate and the Democrats a majority, we should be able to at least get emergency Medicare for All right? Well, for now it looks like no. The previous fight for even a single $1400 direct payment seems to be hard enough for them, and the closest thing we have to a solution is a COBRA subsidy, which is as much a solution as it is the Biden administration propping up the health insurance industry with government money.

…and Driving US Crazy

We can do so much better, and thankfully, maybe we will soon. Fisher has his own issue with how capitalism interacts with our healthcare system, and that’s how we treat and even think about mental illness. As the health industry is increasingly discovering, mental health may be more the fault of the capitalist mode of production than we’re led to believe.

“The current ruling ontology denies any possibility of a social causation of mental illness. Considering mental illness an individual chemico-biological problem has enormous benefits for capitalism. First, it reinforces Capital’s drive towards atomistic individualization (you are sick because of your brain chemistry). Second, it provides an enormously lucrative market in which multinational pharmaceutical companies can peddle their pharmaceuticals (we can cure you with our SSRIs). It goes without saying that all mental illnesses are neurologically instantiated, but this says nothing about their causation. If it is true, for instance, that depression is constituted by low serotonin levels, what still needs to be explained is why particular individuals have low levels of serotonin. This requires a social and political explanation; and the task of repoliticizing mental illness is an urgent one if the left wants to challenge capitalist realism.

Instead of treating it as incumbent on individuals to resolve their own psychological distress, instead, that is, of accepting the vast privatization of stress that has taken place over the last thirty years, we need to ask: how has it become acceptable that so many people, and especially so many young people, are ill? The ‘mental health plague’ in capitalist societies would suggest that, instead of being the only social system that works, capitalism is inherently dysfunctional, and that the cost of it appearing to work is very high.”

This all lines up with a recent shift in thinking, mainly related to addiction.

While the idea of a genetic basis for addiction still persists, recent evidence suggests the cause driving us to addictive behaviors is dissatisfaction with our lives and often our very material conditions. Is it any shock that the most economically depressed generations growing up in depression after recession and graduating into a weak job market with little opportunity to meaningfully advance or even maintain a single job as a career, a generation where the side hustle isn’t just a trend but the only way to tread water… is it any shock that these generations lead the world in rates of clinical depression?

Doesn’t this lend a lot of weight to the idea that the lack of serotonin isn’t the cause of depression, but simply an organic reaction to our environment?

Capitalism is Destroying the World

I shouldn’t have to convince you that climate change is profit driven. I also shouldn’t have to convince you that energy sector lobbying, second only to war and health insurance, is a major corrupting influence in our governments. So, it’s easy to see how the principle of ‘profit makes right’ fails our common resources, the environment itself. Maybe it’s just especially easy for me to understand.

Where I live, the water is contaminated by Gen-X, a potentially dangerous chemical Chemours has been pumping into the inland watershed for decades now despite having no idea of what it might be doing to us. I go out each week and buy about eight gallons of water to drink and cook with because I know not to trust my own tap. But at least my water isn’t full of lead nor does it burst into flames.

At least I can still shower in it. This isn’t so for a shocking portion of America.

Experts say we’ve long passed the point of no return on climate change. The question is no longer if, but when and how bad? This is perhaps the most existential of capitalism’s failures because it threatens nearly all life on earth, including us humans. But as long as fossil fuel is cheaper than clean alternatives, that’s what the market, in all its infinite wisdom, will choose to power our cities. That decision is killing us, even now.

The good news is that alternative energy is starting to match the price points of fossil fuels, and companies are beginning to add in environmental damage as an external cost, either willingly or through regulations like carbon taxes. This encourages them to do better by us, but it’s simply too little too late.

Imagine a socialist America of the 1950s. Instead of a Cold War over Capitalism in which we stacked up nuclear weapons enough to end the world many times over, we could have built out nuclear power plants. Nuclear power has a similar price point over, 40 years of operation when compared to energy sources like coal, and it’s been viable for decades. Other than public opinion, the main reason we didn’t start greening the energy grid in the 1950s is capitalism.

While they do well in the long term, nuclear plants require enormous upfront costs more easily absorbed by the US government than private companies that didn’t have so much money they could invest into a project that could take decades to build and break even. We missed that opportunity, but considering what we know about MMT (Modern Monetary Theory), the opportunity is still present, and better late than never. Modern nuclear is much safer, more efficient, less expensive, especially modular concepts, and can recycle their own waste into fuel. The problem is that they’re almost all just concepts. Few companies can afford to experiment with these concepts and even less are willing.

If we wait for the free market to embrace nuclear as an abundant and clean energy source ideal for supporting the intermittency of modern renewables, we may well wait until the end of the world to make any significant progress.

There’s a little more good news about our impact on the climate, though. This seems to be the one issue the Biden administration is interested in doing something about. President Biden has signed numerous climate change related executive orders in just his first week as president. While this is a step in the right direction, many of the efforts are being made to restore the pre-Trump status quo established by the Obama-Biden administration. Alone those actions were insufficient then, and much like the need for direct payments, the longer we put them off the more urgent action is needed.

There are some new actions by the administration that are encouraging though, like the federal government’s commitment to a completely electric fleet of vehicles.

The effects of this go far beyond just the sale of cars though because this will require a large amount of electric charging infrastructure to be built nationwide, making electric cars more viable for consumers in many new markets, likely leading the public to increasingly be able to follow suit and begin abandoning their internal combustion engines.

This also provides a massive cash injection to the electric vehicle market and all of its submarkets, like the battery market. Not only will this investment create better electric cars and infrastructure over the next decade, but it will also likely lead to advances in battery technology and grid storage options, which will be a necessity to be able to rapidly green the grid without a strong nuclear backbone to stabilize intermittency.

Suddenly, Anything is Possible Again

I think the most important takeaway here is to dream big and outside of the bounds of what the Big Other is aware of, because with exposure and legitimacy even impossible ideas can become possible with time. I think the other is urgency; these are life and death problems, both immediate and existential, and we may well die waiting for someone to step up and give voice to them, or for capitalism to find a way to solve the problem while still making a return for investors.

If you feel conflicted right now, ask yourself; is this the end of history? Is capitalism your Final Fantasy?