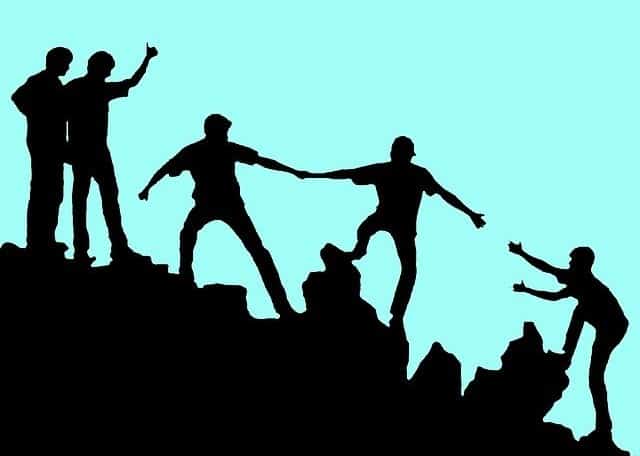 Neoliberalism has been one of the prevailing political-economic theories in US domestic and foreign policy for the past 50 years. It is a word we hear all the time, but what is it really? A neoliberal worldview says deregulated, free-market societies – societies in which governments have minimal control over the corporations operating within them – create the most freedom for citizens. Neoliberal ideology has gone to great lengths to run cover for the inevitable injustices of a corporate-capitalist mode of production.

Among the essential ways neoliberalism mystifies these injustices is through its exploitation of identity politics. This exploitation has given rise to a major point of contention within the American left.

To begin, it is important to acknowledge that identity politics are not inherently fraudulent, as suggested by certain factions of the left. What is fraudulent is the neoliberal bastardization of identity politics to divide and subdue the working class.

“Identity politics” in the true sense means merely the acknowledgement that identity factors such as race, ethnicity, gender, sexuality, and ability inform one’s class position within a neoliberal marketplace. This means that identity impacts a person’s ability to access the resources they need to survive, which include housing, healthcare, food, and clean water. People with marginalized identities suffer disproportionate violence and oppression under capitalism, and therefore face greater barriers to securing their material necessities. This is not to imply that such barriers are not extreme for all working-class people, but rather they are even more intense for those outside the anglicized patriarchy.

So, neoliberalism takes that reality of stratified access to means of survival, and strips it of its larger context, masking the fact that capitalism creates and requires such oppression and violence for cheap labor, market competition, and to shield itself from threats to its dismantling.

One of the most nefarious components of neoliberal ideology is how incredible it is at incorporating watered down identity politics – devoid of any class analysis – back into the very system creating disproportionate oppression. The corporate capitalist class rebrands these stories of identity as literal consumer products and as a broader commercial atmosphere. Inspiring platitudes about inclusivity, pride and progress are stitched onto t-shirts by child laborers in the Philippines. Mayors of US cities commission Black Lives Matters murals while simultaneously increasing police budgets. Neoliberal ideology through its organs in the media, the marketplace, and state sell identity politics back to people as if capitalism has nothing to do with racism, gender discrimination, ableism, etc.: as though these types of discrimination just happened on their own.

That is a lie. Consider an example: where does the US national security state stage coups or invade for natural resources? I’ll give you a hint, it’s not Europe. Racism and Western ethnocentrism are used as a vehicle to justify imperialism, which is a requirement of capitalism.

European colonizers kidnapped human beings from their homeland to use as slave labor to increase their profits. And it was justified because of skin color. Similar colonizers have committed multiple genocides to steal land. For what use? To maximize profit and minimize expense, the ultimate dictate of capitalism.

Do not fall into the trap of class reductionism, the mindset that treats identity as a political non-factor. Nor should you be seduced by neoliberalism’s class-agnostic approach to identity. Politics, at their root, are the struggle for resources within a society of people. Of course, identity is a factor in that struggle. Those on the left who deny this are very often reacting to the neoliberal bastardization of identity politics. At best, they are over-correcting, at worst they are endorsing outright bigotry. They risk enabling neoliberalism in its mission.

Capitalism and the neoliberal culture operating within it create an environment in which identity is hyper-individualized. That hyper-individualization stokes class infighting and prevents intersectional, working class solidarity, because people aren’t thinking in terms of collective but rather through the lens of their own ego.