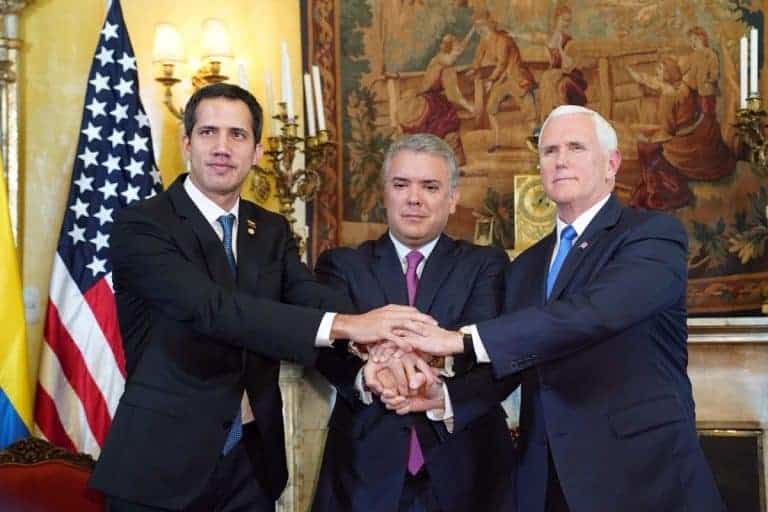 Deception: U.S. claims to seek freedom and democracy for Venezuela, but the primary goal is to subvert it. While sanctioning Venezuela and pushing it toward crisis, the U.S. simultaneously has tried to give aid, which could very possibly be a cover for a direct coup. We help pull Venezuela down and then act as humanitarians.

Hypocrisy: The U.S. government claims to care about supposed Venezuelan food shortages while at the same time assisting in the delivery of famine to war-torn Yemen.

Hypocrisy: There is no shortage of bad leaders in the world: el-Sisi, Netanyahu, Modi, MBS, Trump” the list goes on. But we pick Maduro to bully. The U.S. cares about the Venezuelan people in so far as it salivates over the largest world’s oil reserves.

Unlike most Latin American elites in power, Chavez used resource wealth for the people. Nicols Maduro is not as effective and has caused some of the problems now engulfing Venezuela. But this is an internal Venezuelan issue. It does not warrant the economic warfare of sanctions or an intervention. Lifting the sanctions would be one major step to mitigate the crisis; it may turn Venezuela’s current problems into an everyday recession.

Chavistas not letting hegemonic interests pilfer the country’s resource wealth is the principal reason that the U.S. government demands Maduro step down. Venezuela had seen improved social conditions under Chavez, homicide rates notwithstanding. But the country has backslid thanks to U.S. sanctions and opposition funding, oil price decreases and Maduro’s lackluster leadership. In Cuba, a backer of Venezuela and long-time U.S. enemy, the education and health care system are among the best in Latin America. In each country, U.S. policy is regime change because the piggy bank is blocked.

When leaders feign concern about people they want to maim, isn’t the deception obvious?

Have we not learned anything from the Iraq, Libya and Afghanistan debacles over the past few decades?